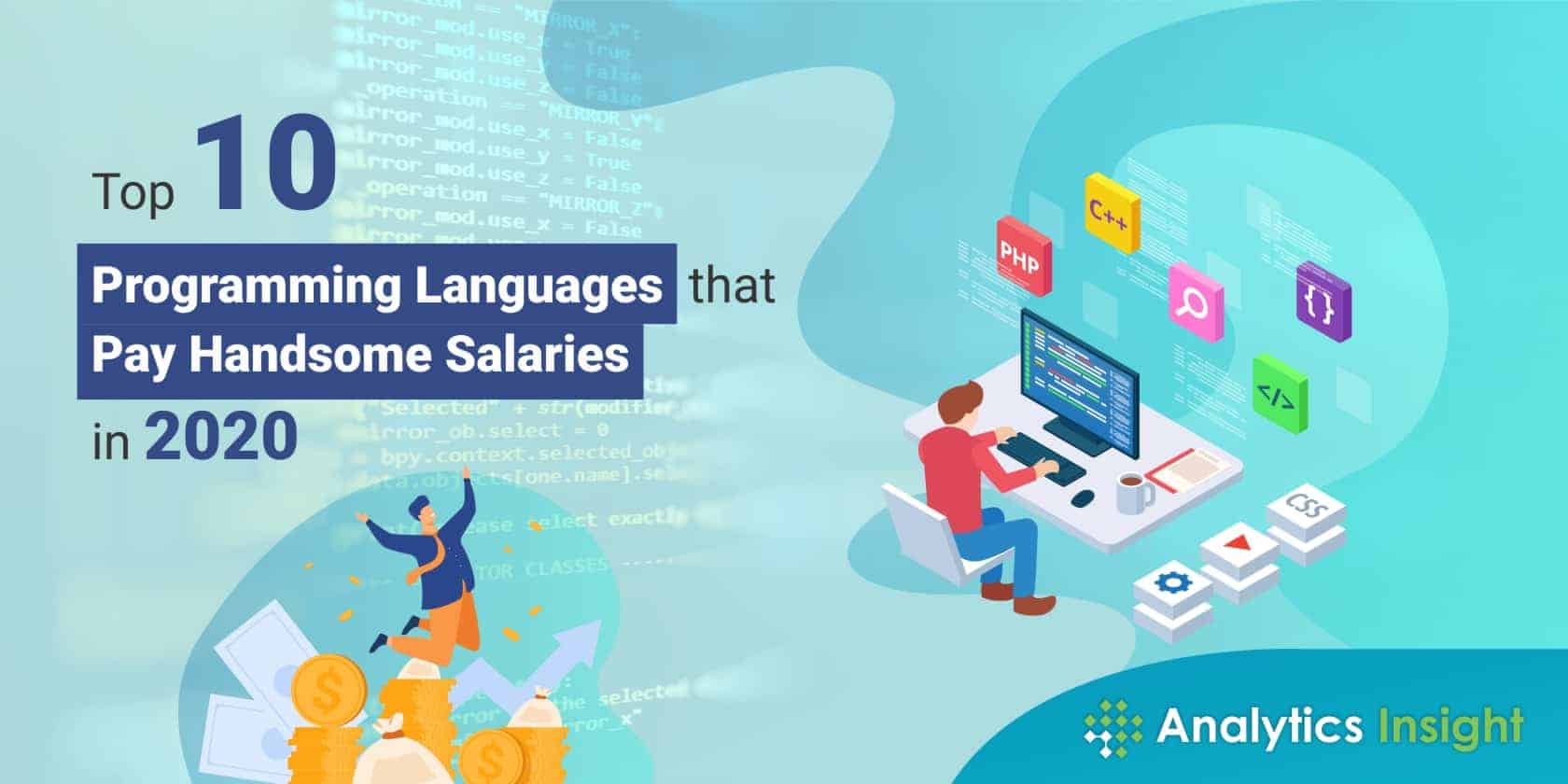 Programmers are one of the highly-paid professionals in the world.

Pursuing in programming languages has become one of the most career choices among tech professionals. Today, the demand and use of programming languages is showing a quite upward trend, making it a possible career option. To get started in this evolving field, choosing the right programming language will give aspirants an edge over others. They must try to learn the languages that are hot and popular in the market and make themselves more pertinent to potential employers. Undoubtedly, programmers and developers in the world are among the highly-paid tech professionals, making the field more competitive.

While it is worth choosing a career as a programmer, here are the top 10 programming languages that pay the highest salaries in 2020.

Scala, a general-purpose, high-level, multi-paradigm programming language, combines the flexibility of Java-type interfaces with the power of classes. It can alter to bytecodes and run on the Java Virtual Machine (JVM). There is no concept of primitive data as everything is an object in Scala. It is aimed at expressing the general programming patterns in a refined, succinct, and type-safe way. Scala has many reasons for being popular among programmers, including easy to start, comprehensive features, close integration with Java, and others.

Go, also referred to as Golang, is an open-source programming language developed by Google to make it easy to build simple, reliable, and efficient software. This programming language can be used in application development, web development, and in operations and infrastructure teams, and much more. It is the language of Cloud Native infrastructure and software development. When it comes to its drawbacks, Go does not encompass a library for GUIs, which are the most common ways that end-users interact with any device that has a screen.

Objective-C is a superset of the C programming language and provides object-oriented capabilities and a dynamic runtime. It inherits the syntax, primitive types, and flow control statements of C and adds syntax for defining classes and methods. As it is based upon the C language, Objective-C can combine blocks of C code as well as C++, making it very versatile for application development. It is based upon the concept of code representing real-life objects.

Swift language is the result of the latest research on programming languages and is developed using a modern approach to safety, software design patterns by Apple. Introduced at Apple’s 2014 WWDC with version Swift 1.0, Swift was developed by ‘Chris Lattner’ with the purpose to resolve difficulties existed in Objective C. Swift language does not compromise either on performance or development speed, while it itself is optimized for development at a lightning-fast speed.

As a computer programming language, Pascal was developed for teaching programming as a systematic discipline and to develop reliable and efficient programs. It is an Algol-based language and encompasses several constructs of Algol. Pascal offers numerous data types and programming structures, which makes it easy to understand and maintain Pascal programs.

R language is typically used by statisticians, data analysts, researchers and marketers to recuperate, clean, assess, visualize and present data. It is an open-source and free programming language created by the University of Auckland’s statistician Ross Ihaka and Robert Gentleman. Based on their names of the first character, R is freely available under the GNU General Public License, and pre-compiled binary versions are provided for various operating systems like Linux, Windows and Mac.

Python is one of the most popular programming languages in the world. As an interpreted, interactive and object-oriented scripting language, Python uses English keywords repeatedly as opposed to other languages that use punctuation, making it highly readable. It provides a better structure and support for large programs than shell scripting as well as supports GUI applications that can be created and ported to many system calls, libraries and windows systems.

JavaScript is a must-have programming language for students and working professionals to become a promising Software Engineer especially when they are working in the Web Development domain. When fused with Node.js, programmers can use JavaScript to generate web content on the server before a page is sent to the browser, which can be used to develop games and communication applications that run directly in the browser. Its applications, such as client-side validation, manipulating HTML page, dynamic pop-ups, back-end data loading and presentations, make Javascript one of the most widely used programming languages.

As a multi-paradigm language, C++ supports at least seven different styles of programming. It was developed as an enhancement of the C language to include object-oriented paradigm and can be used to develop games, desktop apps, operating systems, and so on. C++ allows programmers and developers to divide complex problems into smaller pieces by using objects. C++ has its own rich library support as well as 3rd party libraries, e.g. Boost libraries, for fast and rapid development.

Kotlin, a statically typed, general-purpose programming language, is an object-oriented language, and fully interoperable with Java code as it runs on JVM. Its data classes feature lead to auto-generation of boilerplate like equals, hashCode, toString, getters/setters and much more. In 2017, Google announced Kotlin as an official language for android development.

AI in Education: An Initiative to Assist Student in Learning