Say Hi to CIMON, the First AI-Powered Robot to Fly in Space 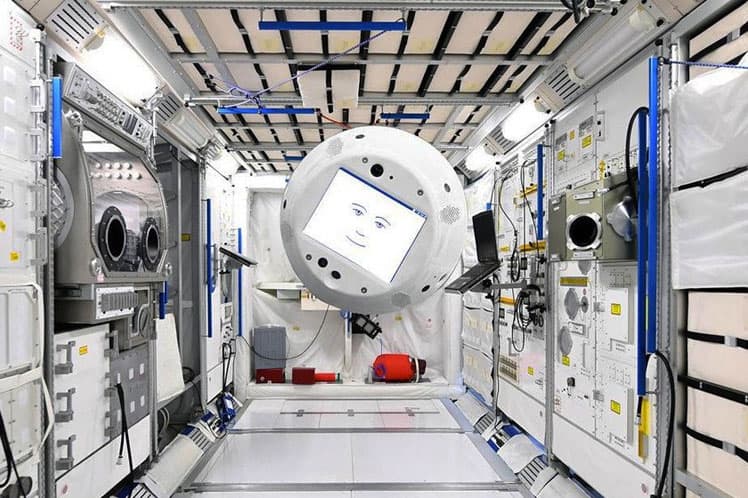 When you thought that Artificial Intelligence (AI) is redefining life on Earth, think again! Meet CIMON, the first AI-powered robot who was launched into space from Florida on Friday, June 29th to join the crew and assist astronauts of the International Space Station (ISS). CIMON was launched by a SpaceX rocket carrying food and supplies for the crew aboard the International Space Station.

At CIMON’s pre-launch news conference, Kirk Shireman, NASA’s International Space Station (ISS) program manager, addressed that the knowledge base and ability to tap into AI in a way that is useful for the task that is done is really critical for having humans further and further away from the planet.

CIMON or (Crew Interactive Mobile Companion) is programmed to answer voice commands in English. The AI-powered robot is roughly the size of a volleyball and weighs 5 kilograms. CIMON will float through the zero-gravity environment of the space station to research a database of information about the ISS. In addition to the mechanical tasks assigned, the AI-powered CIMON can even assess the moods of its human crewmates at the ISS and interact accordingly with them.

CIMON is the brainchild of the European aerospace company Airbus. With the artificial intelligence inside powered by IBM, AI-Powered CIMON was initially built for the German space agency. Alexander Gerst, a German astronaut currently aboard the ISS, assisted with the design of CIMON’s screen prompts and vocal controls.

As per the mission description written by Airbus representatives, CIMON’s mission calls for the AI-Powered astronaut robot to work with Gerst on three separate investigations. Cimon’s tasks at ISS include experimenting with crystals, working together with Gerst to solve the Rubik’s cube and performing a complex medical experiment using itself as an ‘intelligent’ flying camera.

CIMON can interact with anyone at ISS, the AI-powered robot will nod when any command is spoken in English.  However, CIMON is programmed to specifically help Gerst during its first stay on the ISS. Alexander Gerst can make CIMON work by speaking commands in English like, ‘CIMON, could you please help me perform a certain experiment? Or could you please help me with the procedure?'” In response, CIMON will fly towards Alexander Gerst, to start the communication.

CIMON knows whom it is talking to through its inbuilt facial-recognition software. If you thought that CIMON would look like a mechanical robot, you are wrong. CIMON has a face of its own, a white screen with a smiley face 😊. The astronaut AI assistant will be able to float around, by sucking air in and expelling it out through its special tubes once it is aboard the ISS.

CIMON’s mission to the space demonstrates researchers, the collaboration of humans and AI-powered technology for further explorations. However, it will be a long way before intelligent robots are ready to undertake principal tasks in the final frontier including helping astronauts repair damaged spacecraft systems or treating sick crewmembers. But a beginning has been made with CIMON and that day will probably be a reality soon.

In its first space mission, CIMON will stay in space for a few months and is scheduled to return to earth in December. Post its return, scientists will study and assess its abilities for future implementations. With the launch of CIMON, a lifelong space-exploration association between humans and machine may have just begun.