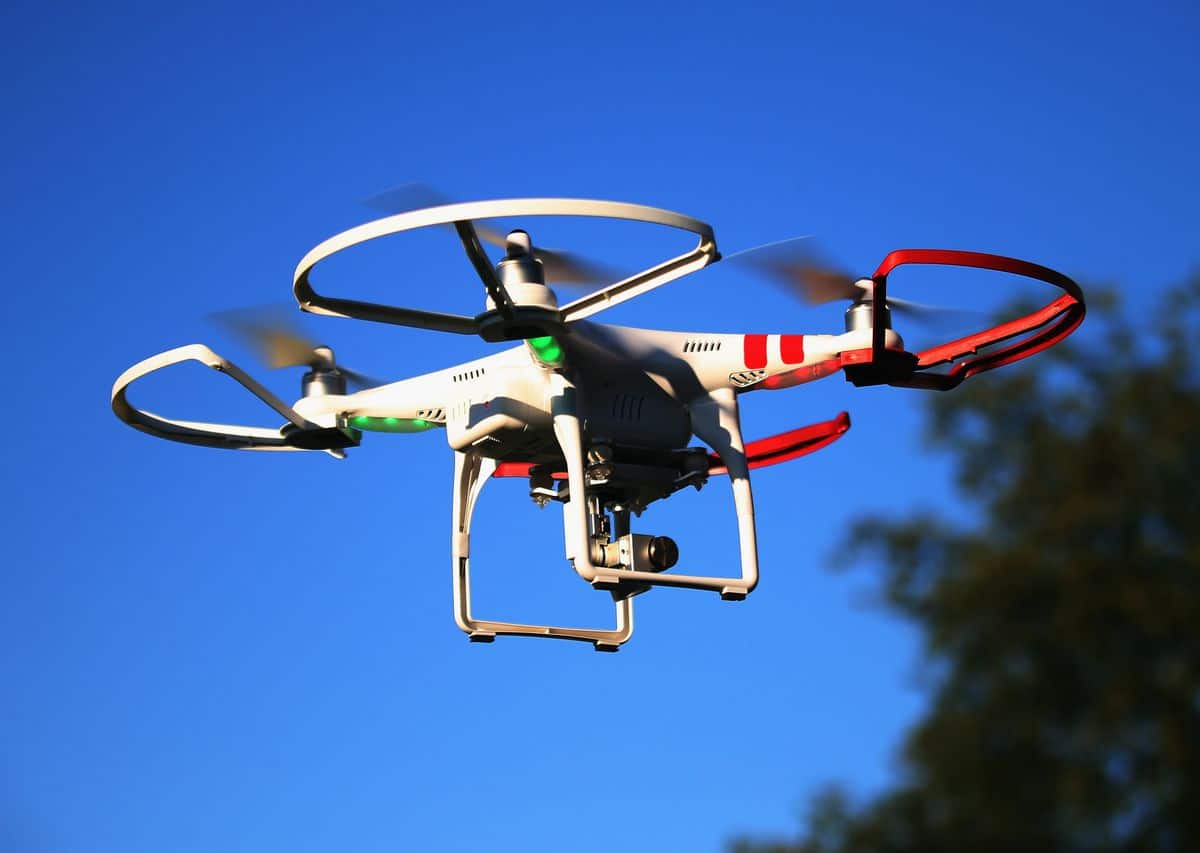 AI, or broadly known as Artificial Intelligence, has gained adoption that provoked major technological transformation across several industrial parallels. From analyzing and detecting anomalies in data to monitoring crowd using computer vision to fraud prevention, AI has a multitude of applications. Now it has found scope in airports with the help of unmanned aerial vehicles (UAV), especially drones. Today, drones are used more frequently for various purposes. From capturing incredible aerial shots for documentaries to inspecting large structures to spot potential weaknesses, drones have become invaluable tools. Typically drones are not permitted to be flown near airport areas, but given the potential it offers using AI, things are to take a drastic change.

Over the past decades, airports have increased their security in response to emerging threats. They are turning to leverage AI to keep their perimeter safe from rising drones threat too. Authorities are concerned about unauthorized drone traffic near the airport. This is because not only the drones can collide with planes, but they can also interfere with radio signals, causing a pilot to lose control of the aircraft. In December 2018, London’s Gatwick airport was forced to shut down for 33 hours between December 19 and 21 after drones were spotted near the runway, thus affecting around 1,000 flights and 140,000 passengers. A similar incident had also happened in Germany, where a drone caused the suspension of flights in Frankfurt. Drones crashing with aircraft can be catastrophic and even lead to imprisonment (five years in the UK). The UK Airprox Board (UKAB) reported there were 92 near-misses involving commercial aircraft in 2017, compared with 29 just two years earlier.

But now, researchers at Ben-Gurion University of the Negev (BGU), Israel, have developed an AI tool that finds drone pilots flying dangerously close to airports or protected airspace. The tool uses a neural network to analyze a drone’s flight path from different points of view. The patterns it discovers, allow it to pinpoint the location of the pilot. This is an upgrade from conventional methods employed to locate drone pilots that rely on RF [radio frequency] techniques and require sensors around the flight area, which can then be triangulated. This is risky due to the presence of WiFi, Bluetooth, and IoT signals in the air that obstruct drone signals. In addition, these methods are usually tailored to a specific brand of drones. Furthermore, the radio signals must be recorded near the drone and can be disrupted through cryptography and electronic warfare techniques.

The solution to these issues was using a deep neural network to predict the location of drone operators, using only the path of the drones, which does not require additional sensors. “Our system can now identify patterns in the drone’s route when the drone is in motion, and use it to locate the drone operator,” says the leading researcher, Eliyahu Mashhadi. The approach is based on the fact that the Drone’s behavior in the air is visibly different depending on the location of the pilot. Even an experienced viewer can usually determine if the pilot is controlling the device in a first-person view or whether he is looking at the Drone from a distance. When tested in simulated drone paths using AirSim (Aerial Informatics and Robotics Simulation), the model was able to predict the operator location with 78% accuracy. AirSim is an open-source, cross-platform simulator that provides a realistic flight experience for the operator, including sun gazes, obstructions, and other visual effects in roads spanning across 10 km.

The research team was led by senior lecturer and drone expert Dr. Gera Weiss from BGU’s Department of Computer Science, and the paper was presented at the Fourth International Symposium on Cyber Security, Cryptography and Machine Learning (CSCML 2020) on July 3rd. You can read the paper here.

This development comes after Muscat International Airport in Oman installed the world’s first commercial drone detection system, last year using technology from the Strickscheid, Germany-based electronics firm Aaronia AG. With the help of AI, Aaronia’s AARTOS system can detect multiple drones and other devices simultaneously at various frequencies within a range of up to 50km and is equipped with sophisticated long-range cameras for additional verification.

How World’s Biggest Companies Use Robotics in Supply Chain

2018: The Year of Technological Revolution