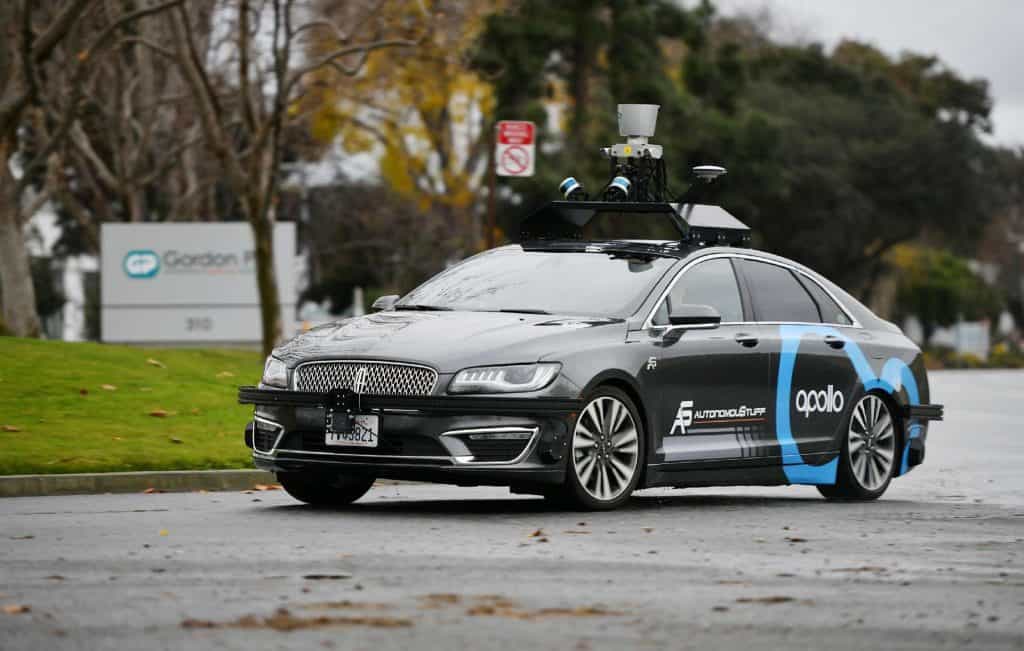 Autonomous driving has been one of the most challenging yet anticipated applications of AI from the past decade. From tech entrepreneur Elon Musk to the British Chancellor Philip Hammond are trying to get us excited about the possibility of self-driving cars, Robo-taxis, and other autonomous vehicles that are expected to hit the roads within the next couple of years. The central idea behind such innovation is to cut road congestion, augment road safety, and prevent human-made accidents. Recently, Baidu (NASDAQ: BIDU) made headlines for demonstration of Fully Automated Driving without a safety driver via live streaming. The event took place at Baidu World 2020, the company’s annual technology conference, at Beijing’s Shougang Park, with CCTV anchor Xiaofeng Bao. The theme of this year’s Baidu World 2020 is “Intelligence of Everything.”  Prior to that, Baidu has announced plans to expand its Apollo Go Robo-taxi service in Beijing, raising questions over Tesla’s (NASDAQ: TSLA) dominance in the field.

Thanks to Apollo’s new Fully Automated Driving capability, the AI system can independently drive without a safety driver inside the vehicle, a breakthrough that will accelerate the large-scale deployment of autonomous driving technology across China. According to an official statement by Zhenyu Li, Corporate Vice President of Baidu and General Manager of Intelligent Driving Group (IDG), the Fully Automated Driving has three core components:  pre-installed and mass-produced vehicles, the ‘experienced AI driver,’ and the 5G Remote Driving Service. With pre-installed and mass-produced vehicles as the foundation, the AI driving system is now capable of operating the vehicles independently, and the 5G Remote Driving Service to enable remote driving – replacing the safety driver typically ready to assume control of autonomous vehicles in cases of any emergency.

The driverless vehicles will be used in Baidu’s ‘Apollo Go’ Robo-taxi service, too. The hardware for the fully-autonomous Robo-taxi is being installed in the FAW Group vehicles during production. In 2019, Baidu partnered with Chinese automaker FAW Group to develop a fully-electric E-HS3 SUV Robo-taxi from FAW’s luxury subsidiary Hongqi. This vehicle also comes with Baidu’s proprietary autonomous driving software pre-installed to guarantee enhanced consistency and safety.

Apollo also announced that vehicle manufacturer Weltmeister will launch a new model incorporating Apollo’s valet parking in 2021, which will be the first in China to be equipped with L4 autonomous valet parking technology. It will identify vacant parking slots in multistory parking garages and allow people to use the autonomous-parking and smart summons functions with one simple click.

“With these advancements, unmanned driving will create a new ecosystem of shared transportation for unmanned vehicles. The autonomous driving industry will enter the stage of full commercialization in 2025,” says Robin Li, Co-founder, Chairman, and CEO of Baidu. Besides, Li mentioned that the cost of each new generation of Apollo vehicles will be halved while performance will increase tenfold. According to him, by 2025, major Chinese cities will no longer require to limit vehicle purchases and usage, and by 2030, most traffic congestion issues will be solved by higher transportation efficiency. Future smart transportation infrastructure will improve transportation efficiency by 15% to 30% and boost the contribution to GDP by 2.4% to 4.8% in absolute value.

The Apollo platform has now completed over six million kilometers (3.73 million miles) of on-road testing, experiencing zero accidents while carrying over 100,000 passengers across 27 cities worldwide. In addition to that, Apollo has also released its fifth-generation autonomous driving kit, and the first pre-installed and mass-produced vehicles that meet the requirements for fully automated operations will be launched soon. Meanwhile, Baidu revealed its remote operators have all completed over 1,000 hours of cloud-based driving training and are ready to assume control in an emergency. Moreover, Baidu revealed its latest conversational AI platform DuerOS and Xiaodu Smart Displays. DuerOS for Apollo with smart voice-interaction has been installed on over one million smart vehicles. It is partnering with over 60 major automotive brands and covers more than 500 vehicle models. Xiaodu provides senior citizens with intelligent services that can improve their daily lives, including an all-in-one entertainment system, weather reports, health consultations, and more.

Why Multicloud is Indispensable to Successful Digital Transformation?