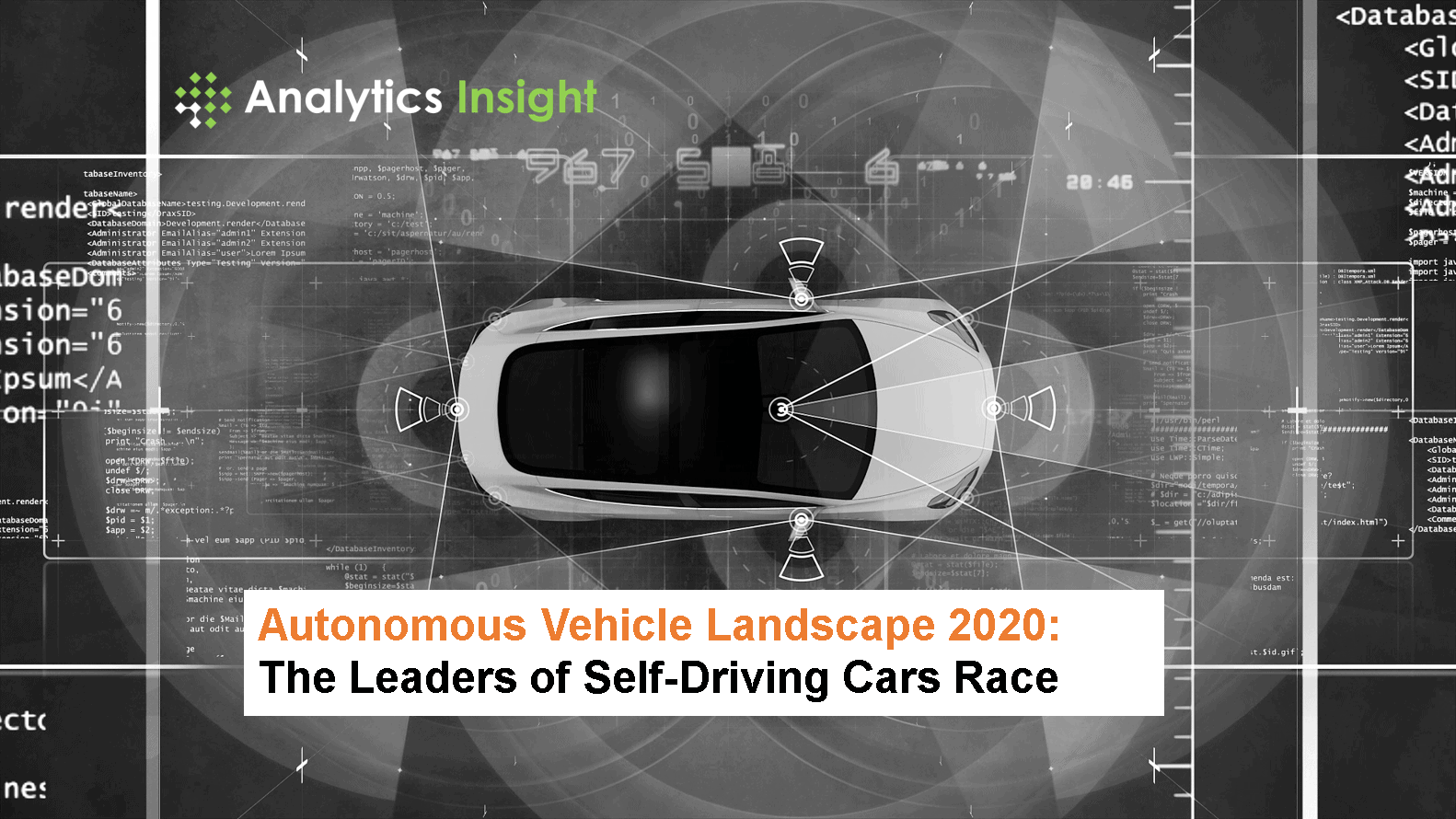 Self-Driving Car is yet to take a leap from sci-fi to real-world application. With rising debates and discussions at scale regarding the rollout of the autonomous vehicle, people are skeptical about its service towards them. However, far-far away from ordinary man’s thoughts, in the land of innovative technologies and amid top-notch leaders of the race of innovation, self-driving cars are no more a far-off star. The involvement of big techs including Google, Microsoft, Amazon, and others has stamped the progressive prospects of autonomous technology. This has subsequently created a positive image of self-driving cars among most of the population.

Moreover, according to Bloomberg, here the top 5 leaders of autonomous vehicles landscape in 2020.

Waymo, the self-driving car unit of Alphabet Inc., has had scads of both since it emerged as a Google skunkworks project 11 years ago. Today, if you want to pay to ride in a truly driverless car, there is only one place in the country to do it: suburban Phoenix, where Waymo carries fares with no safety drivers in a handful of the Chrysler Pacifica vehicles.

The general consensus in the industry is that Waymo remains ahead of the competition by a year or more, based on several milestones. In early March, the company announced that it had raised its first capital from outside investors—US$2.3 billion from a smattering of institutions, including venture capital giant Andreessen Horowitz and AutoNation, the country’s largest car dealer. The cash delivery came shortly after the company said it had driven more than 20 million miles on public roads—half in just over a year. On May 12, it announced another US$750 million in funding. “COVID-19 has underscored how fully self-driving technology can provide safe and hygienic personal mobility and delivery services,” CEO John Krafcik wrote in a post announcing the deal.

Note: A new vehicle has been developed with Honda—a unit purpose-built for autonomous ride-sharing.

General Motors went from laggard to being one of the leaders when it bought the company formerly known as Cruise Automation in 2016. The automaker’s own engineers were trying to figure out how to get a self-driving car to make complicated turns when they discovered that Cruise had made more progress retrofitting founder Kyle Vogt’s Audi A4 with an autonomous system. GM paid more than US$1 billion for Cruise and started developing self-driving electric cars.

Today, with more than US$9 billion in capital raised from parent GM and partners Honda Motor Co., SoftBank Vision Fund, and T. Rowe Price, Cruise LLC is trying to launch an autonomous ride-hailing service in San Francisco. GM, the majority owner of Cruise, has remained mum on when the service will launch since the company missed its target in December 2019, but executives say they hope it will happen soon.

In preparation, Cruise has hundreds of its cars being tested in San Francisco. Vogt, now the company’s chief technical officer, has said that if a car can navigate San Francisco, it can handle any kind of driving. Cruise is using modified versions of GM’s Chevrolet Bolt electric car.

Note: Deep pockets and wide reach from a pairing of two of the world’s largest automakers.

Volkswagen AG and Ford Motor Co. vaulted into the pantheon of self-driving leaders by joining forces in July 2019 to jointly develop autonomous and electric vehicles. VW agreed to contribute US$2.6 billion to Argo AI, Ford’s self-driving partner. That boosted the autonomous startup’s valuation to US$7 billion. The pairing of VW, the world’s largest automaker, with Ford, the sixth-largest, has created a global goliath.

Volkswagen could have gone with any number of autonomous players, according to Sam Abuelsamid, principal analyst with Navigant Research. “The fact that they’re willing to put their money behind Argo is a vote of confidence that they think Argo is on the right track,” he said.

VW is contributing more than just money. In addition to US$1 billion in cash, the German automaker is folding its Autonomous Intelligent Driving unit into Argo’s operations. That gives Argo an additional 200 engineers, bringing its staff total to more than 900. It also adds a European headquarters in Munich. Argo is run by CEO Bryan Salesky, once a leading figure in Google’s self-driving car project—now known as Waymo—and Pete Rander, previously a founder of Uber’s self-driving program. Salesky has said he intends to begin testing autonomous vehicles in Europe as early as this year. In the U.S., Argo already has Robo-taxi and driverless delivery pilot programs in Miami, Washington, Detroit, Pittsburgh, Austin, Texas, and Palo Alto, Calif.

Aurora is testing its self-driving software on vehicles from several automakers, including Hyundai and Fiat Chrysler Automobiles NV. But it doesn’t share its intellectual property with them, and it has insisted on remaining a neutral player in the race to autonomy. It rebuffed an acquisition overture from Volkswagen, the world’s largest automaker, in 2018 and later broke off its partnership with the company to maintain its ability to work with multiple carmakers.

Note: Bringing together a supplier and a consumer-facing company could be a formidable combination.

No one would have imagined a decade ago that a vestige of bankrupt GM would be a player in the self-driving revolution. But Aptiv Plc, the former Delphi Automotive parts unit that split out its powertrain business, is the rare auto supplier that seems to have successfully transformed itself into a serious autonomous vehicle (AV) player.

It did so with a string of tech acquisitions to piece together a self-driving system it’s developing with Intel Corp. The largest was self-driving startup Nutonomy, which had been running tests of driverless cars in Boston and Singapore at city speeds. Since buying the company in late 2017, the team has grown from about 120 people to more than 700 in Boston, Singapore, Pittsburgh, Las Vegas, and Shanghai, according to Chief Technology Officer Glen De Vos.

In late 2019, Aptiv put all those assets into a 50-50 joint venture with South Korea’s Hyundai Motor Group. Together, the companies say they expect to have a production-ready autonomous driving platform by 2022. One target for that is a fleet of Robo-taxis: Aptiv has been studying how to commercialize its technology by plugging test vehicles into Lyft’s network in Las Vegas.

The Impact of 5G and Cloud on Augmented Reality