Top Robotics Investments and Funding in May 2020 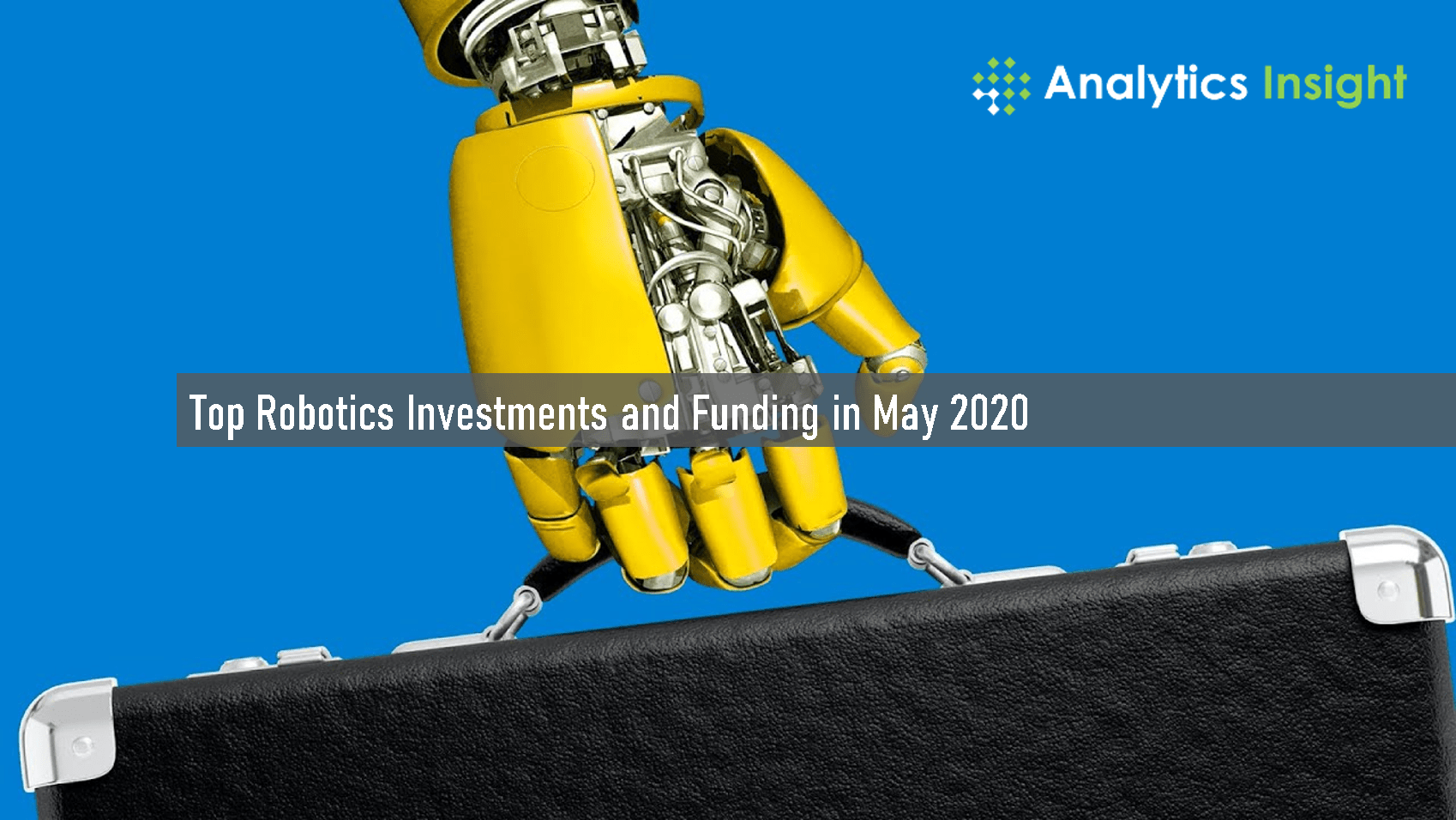 Amid the COVID-19 pandemic, manufacturing is a mixed bag of activity. Though some industries have been hard hit by stay-at-home and social distancing directives, essential businesses like food and beverage, pharmaceuticals, medical equipment, and even the electronics needed to work from home are going like gangbusters. Meanwhile, some manufacturers have stepped up to retool their lines, ramping up production of the medical supplies—masks, gloves, ventilators, hand sanitizers, and more—needed to handle the coronavirus.

Through all of this, as manufacturers figure out how to keep their workers socially distanced on the factory floor, robotics has come to the fore, making continued production not only possible but safer and more efficient. This has subsequently given rise to robotics transactions as well.

The number of robotics transactions continued to decline in May 2020, but as factories begin to reopen around the world, that drop may be only temporary. More than US$1 billion was invested in autonomous vehicles last month, leading to funding in supply chain and logistics, healthcare, and other automation.

In May 2020, The Robot Report tracked 18 deals worth about US$1.5 billion, compared with 26 robotics transactions worth more than US$600 million in April 2020 and US$1.5 billion in 27 transactions in May 2019. In a recent study, Silicon Valley Bank noted that the trend toward fewer, larger deals has continued.

Some significant robotics deals are below.

Robotics companies serving supply chain and logistics applications raised more than US$150 million in May 2020. led by Zhejiang Damon Technology Co. The materials handling supplier said it expects to raise US$69 million in its initial public offering in Shanghai.

Berkeley, Calif.-based Covariant obtained US$40 million in Series B funding as it develops “AI Robotics” for robotic manipulation that needs less hand-holding

Mobile robot provider arculus in Ingolstadt, Germany, raised US$17.5 million in Series A funding to support manufacturing, and Shenzhen, China-based autonomous mobile robot maker Syrius raised US$10 million in its Series A+ round.

Norfolk, Va.-based SVT Robotics, which is developing a software platform as a service for supply chain automation, said it completed a seed round of US$3.5 million.

A handful of other robotics investments rounded out May 2020. In healthcare, Stereotaxis, a cardiac robotics developer in St. Louis, raised US$15 million, and Fourier Intelligence in Shanghai raised an unspecified Series B for its rehabilitation systems.

In software and components, Zurich-based computer vision and artificial intelligence firm Scandit raised US$80 million in Series C funding, and Dell Technologies Capital led a US$30 million Series A round in San Jose, Calif.-based SiMa.ai, which offers “machine learning on a chip” for edge processing.

San Francisco-based Xwing locked onto Series A funding of US$10 million led by R7 Partners for its drone autonomy software.