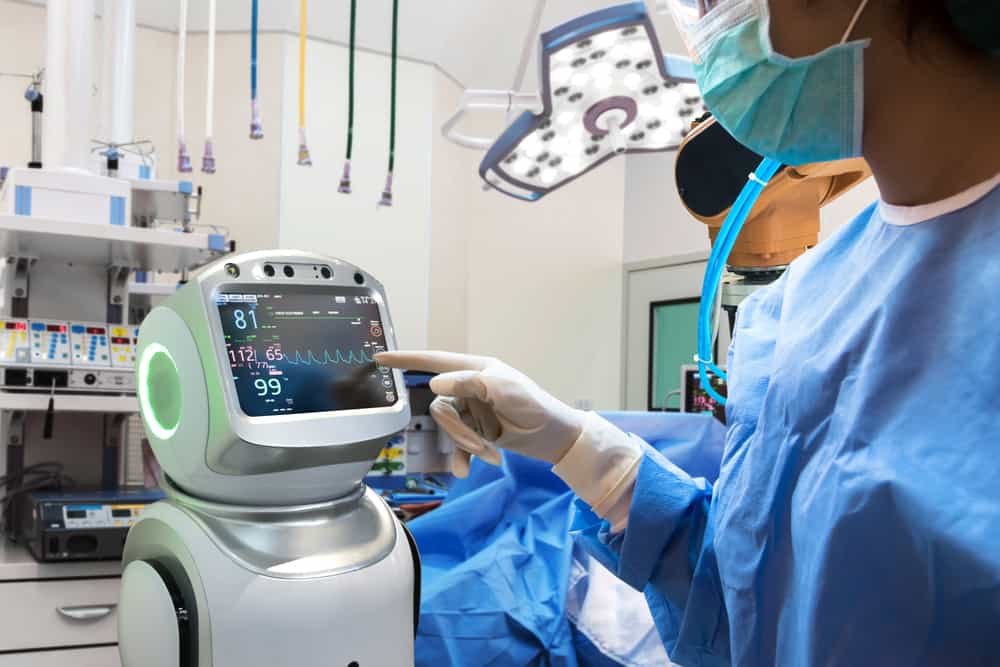 Technology has allowed devoting our precious time to attend to issues that matter more with less of paperwork. And, this belief spreads across the industries. More specifically, the most visible changes and required regulations are in the health industry. Automation has not reduced the workload but also facilitated a better platform to ensure break-free work. The world market for robotics in the healthcare industry is growing at a skyrocketing pace and these smells of more competition.

The healthcare industry is booming with surgical robots and these are making the work a lot easier. Here are the top 7 healthcare companies in robotics that are giving second life to millions of people worldwide:

Talk about robotic-assisted surgery and there is the only name which is the global leader in the field- Intuitive Surgical. The company is headquartered in the US. Famous for its Da Vinci Surgical System which uses the 3D HD vision system to function, the company is already setting benchmarks.

It aims at providing invasive surgeries to as many customers as it can. Headquartered in Massachusetts, it focusses on surgical products and is privately held. The company launched a robot-assisted platform called Flex Robotics System to aid surgeons in their operations. It also aids in reaching out to anatomical locations in a human body.

They aim at impacting millions of lives by building a digital surgery platform with an amalgamation of artificial intelligence, data analytics along with advanced visualization and instrumentation. With the help of Google, they aspire to bring the surgery forward.

It works in the area of micro-robotics medical technologies. Apart from this, they specialize in researching, designing and developing new technologies for surgeries thereby making the ask of precise and accurate surgery easier for the surgeons. They strive to simultaneously develop devices to serve the human surgical needs.

Based out of Toronto, Canada, Titan Medical is involved in developing new robotic surgical technologies. It is developing the SPORT Surgical systems to cover areas that have not been touched like abdominal, gynecological and urologic. It, at the same time is upon commercializing its technology and build it in a way so that it is feasible for the customers.

Part of Accuray Incorporated, Cyberknife System is a fully robotic radiation delivery system. It works on treating cancerous and non-cancerous tumors. It is designed to treat a tumor by sending radiation at the right point and hence maintains accuracy, another feather in the cap of Cyberknife for which it is highly spoken for. The added advantage of real-time imaging allows CyberKnife system to be as precise as possible.

Regulation on AI and Robotics Driven by European Strategy