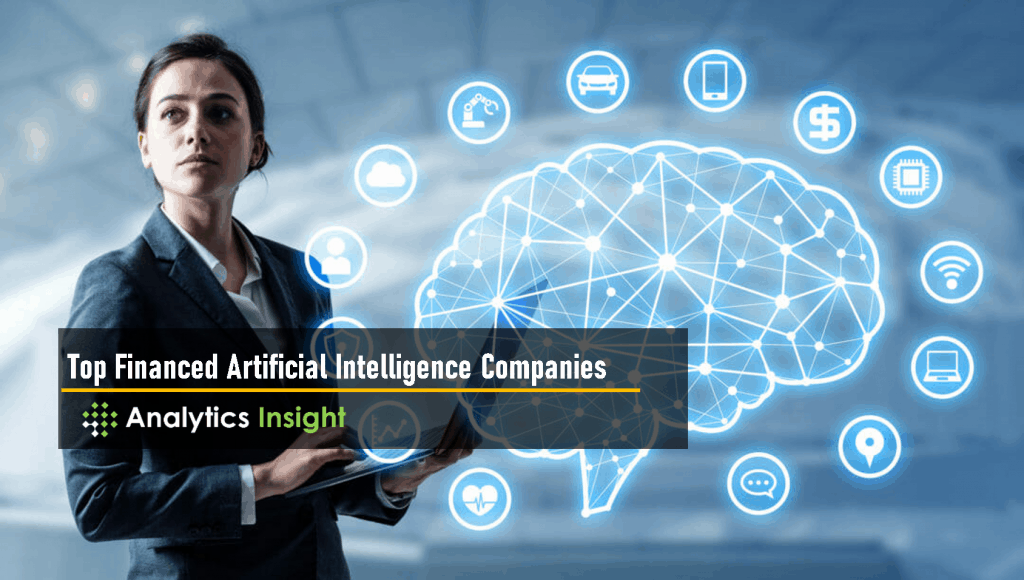 The advancements of Artificial Intelligence have startled the commoners with its high-tech abilities and the abilities to do things which human usually cannot do. From e-commerce to healthcare its capabilities are reshaping various business operations for the greater good.

Owing to its increasing fame, many companies and startups are adopting AI capabilities to enhance efficiency, effectiveness, and productivity. Moreover, many investors are also keening looking to invest their sums in Artificial Intelligence realizing the worth of it. Many AI companies have risen from nowhere to everywhere across the market and the most obvious reason behind their growth is the hefty investments and finances they gain from VC firms and investors.

Therefore, here is the list of top financed Artificial Intelligence companies, as suggested by GrowthList.

Founded in 2014, SenseTime has managed to net the highest amount of investment so far in the AI realm – a staggering US$2.6 billion. SenseTime is working on AI-driven facial recognition technology. This tech can be used for a wide variety of purposes, predominantly for payment identification and to analyze pictures and videos (presumably from surveillance footage). A tool that can be implemented across a wide range of public and private sectors, their software has an error rate of less than 1/100,000 – it’s no wonder they managed to draw such a massive interest. They already 300 companies on their books who use their software including China Mobile Communication Co, UnionPay, and Huawei Technologies.

Straight from fiction, UBTech Robotics is in the business of making human-like robots. They design, engineer, manufacture, and retail these robots, with 4 models already out for purchase. Alpha 1 Pro is a humanoid robot, designed for education and entertainment purposes, while they also have a residential and commercial robot, called Cruzr, providing service applications. UBTech Robotics has also designed an interactive robot building system for children to build robots called Jimu Robot and an Alexa style robot called Lynx. Based in China and California, UBTech is already retailing across the US, China, and Europe and has raised US$940 million investment for their business.

Horizon Robotics leads the industry in embedded AI. This means that they’re designing the ‘brains’ to go into the hardware. For example, Horizon Robotics is designing and manufacturing AI software to be implemented in self-driving cars which will improve the perception and decision-making of the vehicles. Their vision is to equip more than 1000 different types of devices with embedded AI, enabling these things to interact across IoT. They have a world-class C-suite and engineering team, supported by a phenomenal R&D team with broad-ranging industry experience to better angle products directly to the needs of the world. As the third-highest funded AI startup so far, they have raised US$700 million toward their project.

Having raised US$625 million in capital investment, AIWAYS are well on their way to fulfilling their goal of building a revolutionary smart electric car. Based in Shanghai, China, AIWAYS combine electric cars and AI with the aim of entering 3 main industry sectors: energy operations, personal vehicles, and travel. They are dedicated to designing a different kind of future with the next generation in mind – a future where people can own a car without the worry of what the automobile industry is doing to the world now. With such massive amounts of funding under their belt, AIWAYS are moving fast – you can already pre-order their U5 model, which will be available for purchase at the end of this year.

MEGVII is also working on embedded AI technology and an operating system to connect all this together. Having already developed the deep learning system, Brain++, MEGVII is working on an operating system for IoT, which will connect people, places, and objects together to work with each other automatically. They are also working on different types of standardized hardware to encourage the widespread adoption of IoT, such as robots, personal communications devices, and sensors for Big Data analysis. By building an operating system that connects everything, MEGVII is taking us into the era of AI+Iot (AIoT), and with US$607 million of investment, they sure have the funds to get us there.

With over 68 million registered users already, 9F Groups are steaming ahead in the financial sector offering AI financial services with a plethora of Big Data risk management and mobile application technologies to support their platform. Having received over US$581 million in investment, 9F Group has already released wallets, security technology, education programs, and cash alternatives to using within their ecosystem. They also have an investment fund where they have already invested in 10 tech companies to explore the use of their technologies within 9F’s systems. They are supported by some pretty prevalent organizations, such as The People’s Bank of China and The China Banking Regulatory Commission.

Founded in 2009, Dataminr has a revolutionary platform that identifies breaking news and high impact events faster than any other system today. With clients in over 70 countries worldwide, their technologies are used as a 24/7 vital tool for (mostly corporate) customers in sectors such as news, crisis management, finance, and corporate security. With such as diverse application potential and US$577 million of invested capital in their remit, Dataminr is already being hailed as one of the world’s leaders in machine learning technology and AI, having been named one of the world’s 50 most disruptive private technologies by CNBC in 2016.

Zymergen is a revolution in biological science, manipulating, and developing microbes via AI technology for huge companies around the world. With their finger in many pies already, Zymergen works with the chemicals, materials, electronics, cosmetics, agriculture, and pharmaceutical industries, among others. By engineering microbes in such a way, they’re redefining the potential of biology to solve problems and build better products. Headquartered in NYC, Zymergen was founded in 2013 and has received over US$574 million in funding so far.

Operating out of Beijing, China, Cloudwalk Technologies are developing AI-assisted facial recognition technology. They focus on the aviation, financial, and public security markets, providing both hardware and software. Some of their most successful devices include door entry scanners, infrared facial scanning binoculars, and facial recognition terminals. To complement its tech, Cloudwalk Technologies has big-data management platforms to support its devices in analyzing the data collected and providing actionable solutions, such as pairing airline passengers with their tickets. They have had US$565.5 million of investment so far, which has led them to branch out rapidly into the niches they are trying to serve.

Yitu Technology is predominantly a research and development company for AI. They work closely with businesses to provide tailored solutions to apply within each company’s operations to automate processes and enhance them through machine learning. With one of the most technically brilliant R&D teams on the planet, Yitu Technology is working on AI that supports the transportation, finance, security, and healthcare industries, pointedly focused toward natural language understanding, computer vision, AI hardware, and robots, and knowledge reasoning. With US$355.1 million in capital investment, they are focusing their efforts on exploring human wisdom and how it can be patterned and replicated to expand both computer and human capabilities into the next generation.