The Amalgamation of Human Brain and Artificial Intelligence 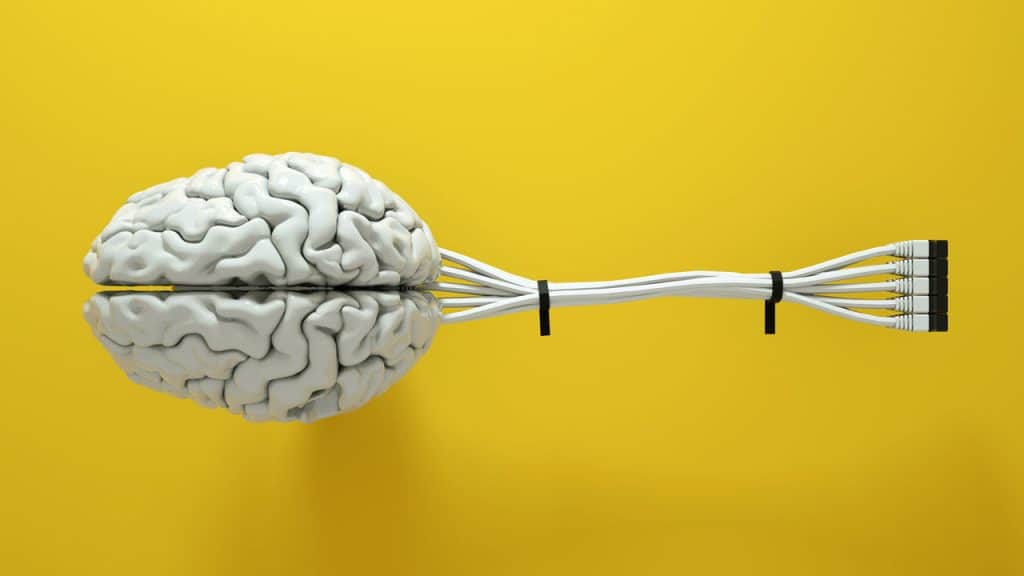 The human brain has advanced over time in countering survival instincts, harnessing intellectual curiosity, and managing authoritative ordinances of nature. When humans got an idea about the dynamics of the environment, we started with our quest to replicate nature.

While the human brain discovers ways to go beyond our physical capabilities, the combination of mathematics, algorithms, computational methods, and statistical models accumulated momentum after Alan Mathison Turing built a mathematical model for biological morphogenesis, and published a seminal paper on computing intelligence.

Today, AI has developed from data models for problem-solving to artificial neural networks, a computational model predicated on the structure and functions of human biological neural networks.

The brain, customarily perceived as an organ of the human body, should be understood as a biologically predicated form of artificial intelligence (AI). This proposition was surmised by the progenitors of AI in the 1950s, though it has been generally side-lined over the course of AI’s history. However, developments in both neuroscience and more conventional AI make it fascinating to consider the issue anew.

The history of neuroscience has shown both tendencies from its inception, not least in terms of the alternative functions performed by the characteristic technologies of the AI field.

The early prospect, which will help to build machines possessing intelligence of humans, found inspiritment in three main directions.

Firstly, proof that the functioning of the human brain and nervous system, while astonishingly perplexed from a biological perspective, is predicated on elementary “all-or-nothing” procedures of the type that can facilely be copied by digital electronic circuits.

Secondly, the growth of symbolic logic and formal languages that are able to communicate immense components of higher mathematics, recommending that all human reasoning might be ultimately abbreviated to similar manipulating strings of symbols according to sets of rules. Such formal operations can probably easily be imitated by a digital computer.

Thirdly, the outlook of creating faster electronic calculating devices. With regard to this, developments since the 1950s have rarely been saddening. The density of switching elements of today’s microchips surpasses that of neurons in the brain.

Sadly, the superficial models of the brain and mind, which were the initial Kickstarter of artificial intelligence, have now become the paradigm for everything called cognitive science, as well as a huge part of neurobiology. It has become a standard protocol to levy methods, concepts, models and vocabulary from the domain of artificial intelligence, computer science onto the research of the brain and the mind. It is difficult to discover a scientific paper on these subjects which does not contain terms like “computing,” “processing,” “circuits,” “storage and retrieval of information,” “encoding” “decoding” etc.

Computational neuroscience connects human intelligence and artificial intelligence by developing theoretical models of the human brain for multiple studies on its functions, including vision, motion, sensory control, and learning.

Studies in human cognition are uncovering a deeper comprehension of our nervous system and its compound processing abilities. Models that provide high-level insights into memory, data processing, and speech/object recognition are simultaneously reshaping AI.

The integration of human intelligence with artificial intelligence will evolve computers into superhumans or humanoids that go far beyond human abilities. However, it needs computing models that combine visual and natural language processing, just how the brain functions, for comprehensive communication.

Neuroscience has made significant contributions to strengthen AI research and gain its increasingly important relevance. In planning for the future amalgamation of the two fields, it is essential to value that the past contributions of neuroscience to AI have hardly consisted of a simple shift of complete solutions which can be simply re-implemented in machines. Rather, neuroscience has often been useful in a precise way, facilitating algorithmic-level questions about qualities of animal learning and intelligence of interest to AI researchers and offering initial drives toward applicable mechanisms.

How to Ensure Data Security in Organizations?

Leadership at the Forefront for a Successful Analytics Delivery