Is Toronto Becoming the Next Silicon Valley or Better off? 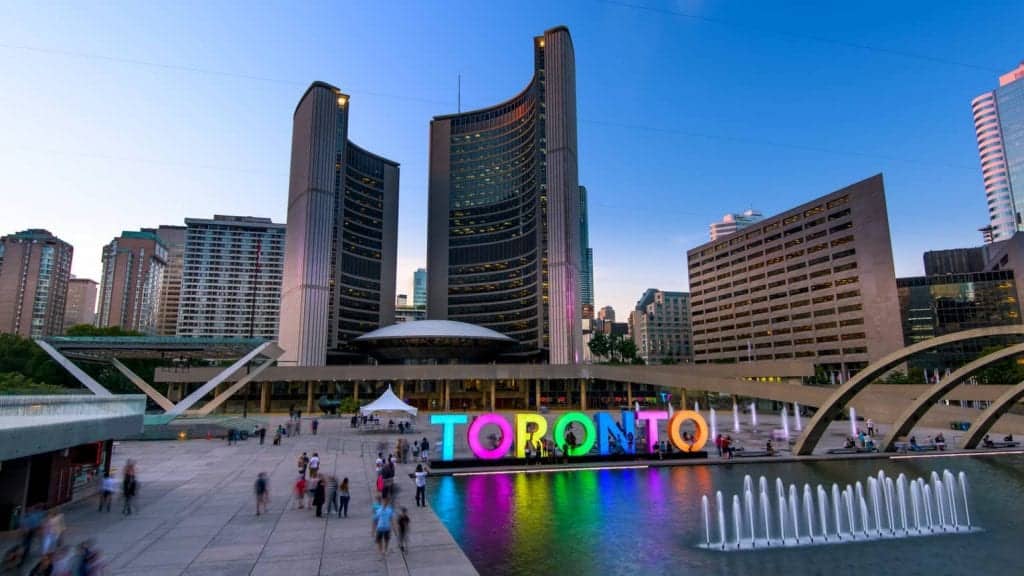 Toronto, a major city in Canada, is strategically thriving in almost every major business sector. From technology, life sciences, green energy, and food and beverage to fashion and design, film and television production, music, and digital media, the city is growing as a financial hub in North America and known as a top ten financial centre in the world. Toronto is a house of the Canadian and global technology industry, generating US$52 billion in revenues annually.

According to reports, tech firms in the city offered almost 30,000 jobs in 2017, which was higher than San Francisco Bay area, Seattle, and Washington, D.C. collectively. While the tech ecosystem in the city is booming, the growing startup and entrepreneurs landscape is leaned to drive the city’s future growth. In recent years, Toronto has lured a lot of traction from some global venture capitalists. The city has seen major investments by Microsoft, Samsung, Uber, Intel, and Shopify into its technology ecosystem, which witnessed over US$1.4 billion in international investment in the month of September 2018 alone.

To make the city a global tech hub, the Canadian government policy plays crucial role. The government in the country supports technology development with a number of programs for R&D, innovation and commercialization of projects. One such major program is its US$1.26 billion Strategic Innovation Fund, which designs to support business investments in tech development, transfer and commercialization.

On the other hand, collaborations between academia and business have also thrived as part of the tech development ecosystem. For instance, Creative Destruction Lab (CDL), a seed-stage program at the University of Toronto, assists science-driven startups to scale up. As operates five sites in Canada, one in the US, and two in Europe, CDL has five academic partners, and welcomes startups from any university, including in the US and Europe. After its inception in 2012, CDL supported 225 science-based startups in the first five years, according to a press note.

Canada is proving to be a formidable force in the global Artificial Intelligence race by tempting highly skilled workers from worldwide, hosting international conferences for tech startups, and pouring huge capital into artificial intelligence research. In 2017, the country launched a national, 5-year strategic plan, dubbed the Pan-Canadian AI Strategy, wherein US$125 million from the federal budget was allocated for investment in AI research and talent. Known for the economic and research hub of the country, Toronto is also taking huge leaps toward innovations in AI and biotechnology.

In the year 2017, search engine Google, who invested US$5 million into the Vector Institute in Toronto, announced to open an AI lab in the city of Toronto. It was said that the lab will be headed by Geoff Hinton, who was one of the minds behind the start of the deep learning movement and a professor at the University of Toronto. In 2018, Uber announced plans to invest over US$20 million in the city over five years as it opens an engineering office and expands its autonomous car centre. The company, in 2017, already announced a new research hub to focus on developing AI for driverless vehicles, making Uber’s first R&D operation outside of the US.

Computer game giant NVIDIA, in 2018, also announced plans to open an AI research facility to further explore novel approaches to deep learning. In addition, Etsy, an America-based e-commerce website focused on handmade or vintage items and craft supplies, chose Toronto as the location for its newest Machine Learning Center of Excellence, the first in Canada. Samsung also opened a new R&D office in 2018, which focuses on reinforcing collaborative research with world-leading scholars in the AI field.

Moreover, Toronto has made several headlines for several technological accomplishments in the past few years. According to reports, the city was a contender for e-commerce giant Amazon’s new headquarters. It also hosted one of the world’s leading tech conferences Collision, which was decided to move from New Orleans to Toronto in 2019 that met with scepticism, particularly from its Valley-based attendees.

The Canadian city of Toronto was also chosen as the test grounds for both Alphabet’s smart neighborhood Sidewalk Labs and Uber’s autonomous driving cars. Thus, the growth of Canada as the emerging tech hub over the past few years reflected the country’s strategic efforts toward innovation.

A Product Is Only as Good as Its Data: 4 Common Data Mistakes Businesses Make