How Canada is Gaining an Edge in Artificial Intelligence? 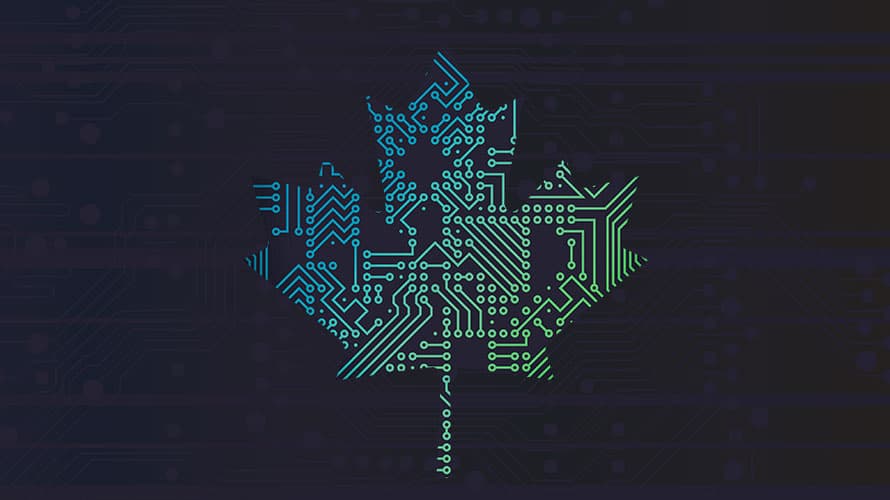 Artificial Intelligence these days has become a new key driver of economic growth. It is a significant field in technology right now. While several countries are racing towards AI supremacy, Canada is attracting the world’s tech giants that are pouring mammoth amounts in the region. The country is currently in the midst of the AI boom as companies like Microsoft, Facebook, Google, Huawei, among others are spending huge capital on research hubs in Quebec, Ontario and Alberta.

Canada is a world research leader and home to extraordinary AI-driven businesses, and has played a vital role in the advancement of AI. The country housed hundreds of fledgling AI companies like Element AI and Deep Genomics. On the other hand, deep learning pioneers such as Yoshua Bengio and Geoffrey Hinton have cultivated top-notch talent in AI in Canada for years, even when AI was an emerging field.

Considering a report, today, the country ranks in the top five in the world in terms of the number of high-impact AI researchers and AI-related job openings. The most prominent research centers are in Toronto, including the Vector Institute for Artificial Intelligence, the Montreal Institute for Learning Algorithms (MILA), and the Alberta Machine Intelligence Institute (AMII). Reportedly, these three research centers received a US$125 million CAD grant over five years from the Canadian government for a Pan-Canadian AI Strategy.

Garth Gibson, CEO of the Vector Institute said, “We’re here to help superstar researchers but our main goal is to strengthen the region.” According to him, Toronto has never seen momentum like it is experiencing right now, with the dollars pouring in. The Vector Institute is also thriving as some 50 companies, including Google, Uber and Thales and large Canadian companies like the Royal Bank of Canada, Scotiabank and Air Canada, pay high to work closely with academic talent.

In Montreal, ElementAI, a startup that is putting efforts to create a series of AI software solutions, has close ties with Montreal universities, and Yoshua Bengio, a professor at the University of Montreal. The company depicts itself as an alternative to global firms like Google and Facebook.

The Creative Destruction Lab (CDL) at the University of Toronto’s Rotman School of Business, an incubator and accelerator of AI startups, is also accelerating entrepreneurship by providing linkages to mentors and investors for early-stage companies using AI and other emerging technologies. Launched in 2012 in Toronto, CDL has expanded to five other Canadian cities, New York, and Oxford.

Moreover, companies like Microsoft and Samsung are also growing their research hubs in Montreal. DeepMind, on the other hand, whose system famously was the first to surpass a master of the complex board game Go, has an office in Edmonton.

What is Big Data?

Are Artificial Intelligence and Religion Compatible?

The Importance of a Chief Artificial Intelligence Officer