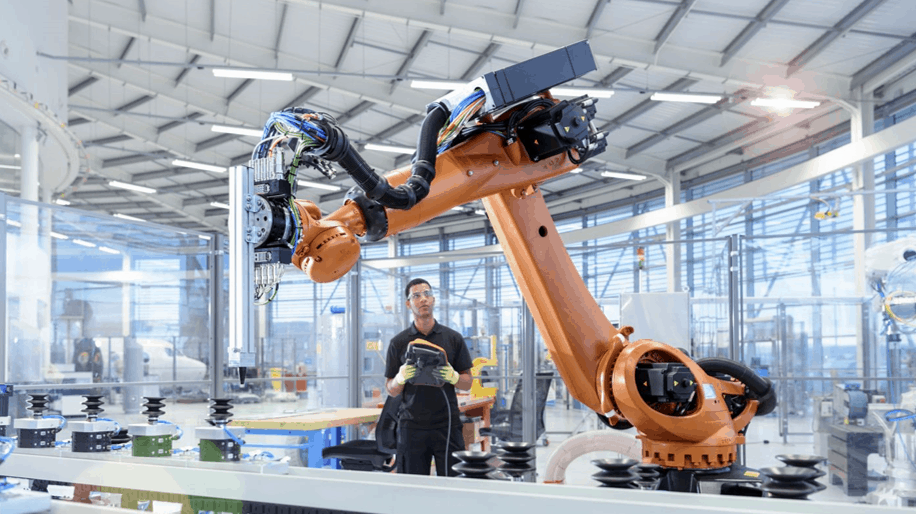 Robots have marked their territory across various sectors, out of which its innovations across the manufacturing industry is a worth watch. According to the International Federation of Robotics, with more than 384,000 industrial robots installed globally in 2018, robots are growing in popularity. They have become omnipresent in industrial operations and can be used for different work as well.

According to the Manufacturer, one of the most significant innovations of robotics across the industrial set is an electronic skin that gives robots a sense of touch. The innovation is known as ‘Wootzkin’ and is developed at the University of Edinburgh. The electronic skin is made up of nanostructures. It also includes underlying electronics to target drug delivery or in gripper technology.

Similar to human skin Wootzkin can give the robot feedback on the force, pressure, temperature, and humidity. This makes it easier for robots to complete tasks that require a high level of dexterity. Moreover, the sensitive area size can be changed, between 50 microns and 12 inches. It can be tailored to the specific needs of the application. The skin operates in temperatures from 0 – 180°C. Through this ability, a robot can perform dextrous tasks under conditions that humans cannot endure, while maintaining a delicate approach to fragile items.

Furthermore, researchers at the Massachusetts Institute of Technology (MIT) have produced a kit to construct a variety of robots using only a handful of components. The MIT-kit consists of five different components, including rigid and flexible components, a coil, electromagnetic parts, and a magnet, at the five millimeter-scale. The parts can be assembled into different shapes, such as a tiny walking motor and a gear turning the robot. The research group’s goal is to expand to a purpose-built manufacturing robot built out of standard components that can be easily disassembled and repurposed.

In the field of agriculture, robotic innovation is growing with leaps and bounds. Strides have been made with the creation of the Global Unmanned Spray System (GUSS), for example, an unmanned, fully automated vehicle to spray orchards with pesticides. It will bridge the shortage of workers. Reportedly, using GUSS for spraying is a more efficient way than doing it manually.

As noted by the Manufacturer, GUSS creates a safer environment for workers, by reducing their exposure to the potentially harmful chemicals used in pesticides. It uses lasers and touches sensitive bumpers that allow the robot to be aware of its surroundings and immediately stop when it detects an object, eliminating the potential damage to produce and people.

During the creation of GUSS, the largest issue was that GPS didn’t consistently work under the tree canopies.

To overcome this, sensors and software, such as cellular connectivity, were implemented to supplement the GPS. Cellular and radio signals are transmitted to the control vehicle, operated by a person, allowing multiple robots to relay position data, statistics, and a live stream from its front-mounted camera.

GUSS also gives farmers the ability to analyze all pertinent information, such as the volume of pesticides used on each plant, which can be helpful when marketing crops to buyers. Those using autonomous machines, like GUSS, will see fewer mistakes made, leading to less lost time and an increase in cost savings.

The Power of Artificial Intelligence in Agriculture

How to Leverage Customer Data Insights for Your Business Growth