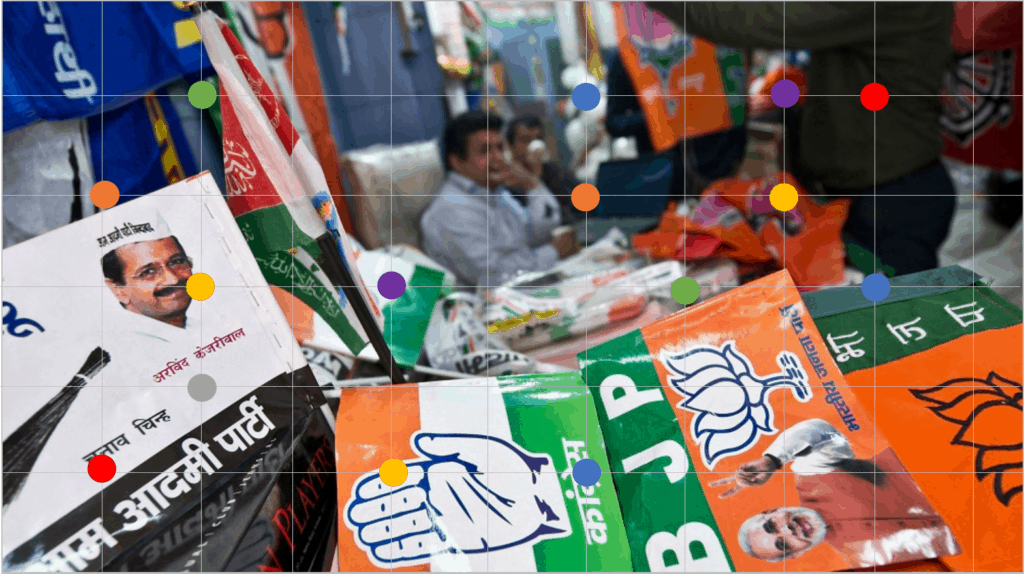 Big data analytics, AI and quantum computing have unleashed their capabilities beyond benefitting India Inc. alone. These groundbreaking trendy technologies are all set to cast a major storm in the Indian Polity too. Right from gaining the advantage in Election 2019 or driving analytical gains through Industry Inc. political bigwigs are leaving no stone unturned to make big data and analytics-driven insights work for them. In recent announcements, Congress President Rahul Gandhi and West Bengal CM Mamta Banerjee have announced their dependencies on big data technologies on master election 2019 gains and state (West Bengal) benefit respectively.

Congress President Rahul Gandhi with eyes on Election 2019, in February this year given a startling analysis that if Congress party had focused on effective polling booth management across the country, its vote share would have gone up by 4 %, which means it could have won at least 90 seats in 2014 instead of the actual 44 seats it won. To move with the times, Congress President was advised to deploy big data in problem identification. Since then, Rahul Gandhi has put together a team comprising of data analysts for number crunching to chart the future course of action. This team has become the All India Congress Committee’s (AICC) Data Analytics Department and has come up with ‘Project Shakti’ to change the Congress party’s fortunes. Project Shakti is an internal digital platform using big data to link each and every Congress worker across India with the Congress President. Project Shakti has become a database, a communication tool, a feedback mechanism, an appraisal platform, a polling platform all rolled into one for India’s Grand Old Party.

Congress’s New Touch Base with Its Workers

Project ‘Shakti’ began as a pilot project in Rajasthan back in April, a state which goes to polls at the end of 2018.  Over 5.5 lakh workers have been enrolled on to the platform leading the path for ‘Shakti’ to be rolled out in nine other states as well. Supporters of Shakti are of the opinion that the big data backed digital initiative helps Congress break out of its inner-circle, coterie style of politics and helps in taking decisions in the ground level.

According to the Congress party, over 25 lakh workers are now on the Project Shakti platform with their voter ID numbers verified and an official welcome message from the Congress party explaining their role as a Congress worker in a particular district. Members enrolled in the project Shakti platform have been categorized into six categories – voters, sympathizers, workers, active workers, office bearers and leaders. The platform ranks them ‘ank’ (numbers) based on a point system. The members who are more active in carrying out the party work, are awarded more “anks”, and move ahead from their peers in the platform and get noticed. Driven by big data, Project Shakti is Congress’s appraisal system that helps to identify active workers and those areas which need more focus. Riding high on project Shakti, India’s grand old party believes that to win an election it is important to know who the workers are, and what the issues that motivate them are. 2019 being an election year will be a big test for Project Shakti and Rahul Gandhi to bring out the best from big data analytics.

To promote investments into technology, West Bengal launched the Silicon Valley Hub in New Town a fast-growing planned satellite city in the neighborhood of Kolkata. In addition, to make the state one of the leading states in technology West Bengal Chief Minister Mamta Banerjee recently unveiled the new IT policy focused on 3D printing, big data analytics, robotics, cybersecurity, Internet-of-Things (IoT), artificial intelligence, quantum computing and others. West Bengal’s new IT policy aims to accomplish creating new jobs, upskilling; reskilling and skill the local population to empower them to apply for employment opportunities in the digital economy. With a future outlook, the IT policy will create avenues to enable the state to transform into a knowledge-driven, technologically-enabled welfare society with the support of IT and ITeS.

The new policy is drafted to bring investments into augmented reality and virtual reality besides, blockchain, cyber security/cyber forensics and data science. The state IT Minister Bratya Basu addressed that the state is looking forward to IT majors to invest in the state.

With new infrastructure and policies, AI, big data analytics are all set for a bright future ahead, the exciting time dominated by analytics has gripped 2018 and beyond.