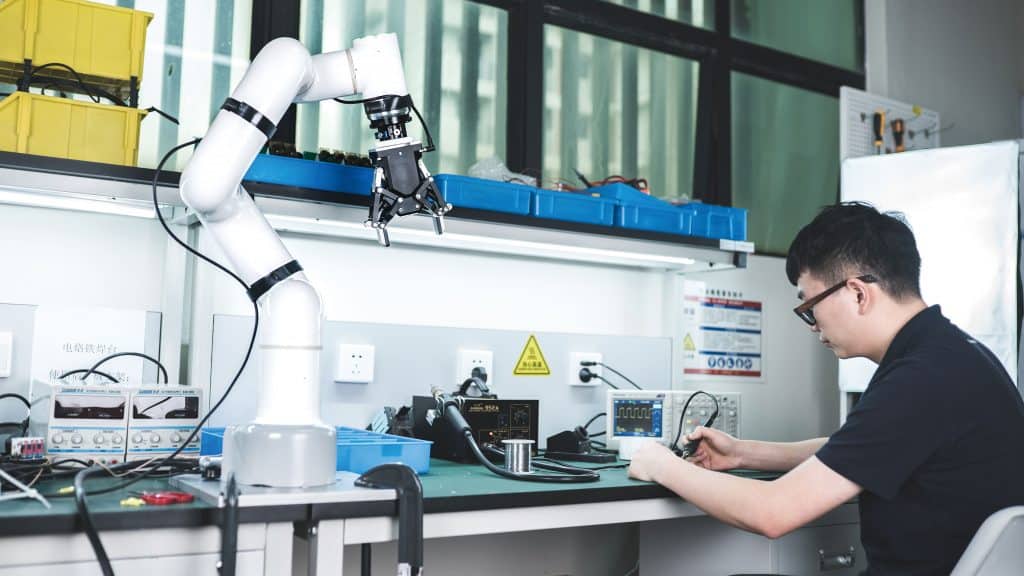 With COVID-19 in effect, China has seen the rise in the deployment of more and more robotics applications.

The impact of COVID-19 has highlighted the efforts of China in robotics proliferation. We all are aware of how the country has employed robots across the healthcare system to avoid any direct human contact and ease out the work for medical staff. But did you realize that it’s not an impromptu deployment rather the Chinese government has been strategizing over robotics from the past two decades?

China has been pumping more and more money into its robotics industry. According to Nature’s report, in 2006, China highlighted the importance of robotics in its 15-year plan for science and technology. In 2011, the central government fleshed out these ambitions in its 12th five-year plan, specifying that robots should be used to support society in a wide range of roles, from helping emergency services during natural disasters and firefighting to performing complex surgery and aiding in medical rehabilitation.

Moreover, experts believe that the rise of robot-centric technology happened in three charts. Between 1999 and 2019, the number of papers published by at least one Chinese author in the combined fields of biomedical engineering and robotics increased from 142 to 4,507 and spiked twice during that period, according to data from the Web of Science. One peak was in 2008, two years after a robotic system for minimally invasive operations called da Vinci was first deployed to hospitals in China. The second was in 2017, a year after the first Chinese-designed robot for minimally invasive spinal surgery was approved for sale.

In 2019, the number of da Vinci systems installed in Chinese hospitals that year leaped to 59, up from only 8 installations in 2018. This surge followed a 2018 government push to encourage research on robotics technology and its clinical application, according to Jian-Kun Hu, director of the department of gastrointestinal surgery at West China Hospital in Chengdu. The central government’s plan included an intention to purchase 154 new surgical robot systems by the end of 2020, and a breakdown of how the systems would be allocated nationwide

A Great Push to Medical Robotics During COVID-19

Intelligent robots in China have made a collective appearance amid the coronavirus epidemic with delivery, medical and disinfection purposes, contributing to prevention and control efforts. Experts say that though intelligent robot technology is still in an initial phase, the epidemic has offered a boost to the robot industry.

A food delivery robot with disinfection functions was installed in Zhongguancun Dongsheng Science and Technology Park in Beijing to help deliver food as production gradually resumes. Customers can receive food without direct contact with the robots.

The robot, Segway DeliveryBot S2, can deliver 300 orders per day at eight minutes per delivery. Multiple robots can work together on tasks dynamically optimized and assigned using cloud control to resolve resource conflicts and improve delivery efficiency, according to the company.

Hunan-based Xingshen Tech has developed tailored, unmanned delivery carts for the China Post Group Co which have been set up in multiple cities to conduct package delivery services, including Hubei’s Xiantao City.

One delivery cart can deliver nearly 100 packages per day, according to Xingshen Tech.

Alongside China’s epidemic prevention efforts and its gradually resuming production, the implementation of high-tech factors in the logistics industry will be accelerated.

In addition to delivery services, robots have also been used directly in the fight against the spread of the virus.

Shanghai-based Yogo Robot has rolled out a disinfection robot that can disinfect an area of 100 square meters in as short a time as three minutes, and one such robot can cover 30 floors in a building.

In outbreak epicenter Wuhan, a series of multitasking robots developed by Shenzhen-based Candela Tech were installed in the two newly built hospitals, Huoshenshan Hospital and Leishenshan Hospital, to deliver medical materials and disinfect.

When it comes to application scenarios, robots have epidemic prevention advantages as they can efficiently reduce direct contact among people. The need for contactless delivery and other services has been highlighted during this period.

Top 10 Fastest Supercomputers in the World to Watch in 2020