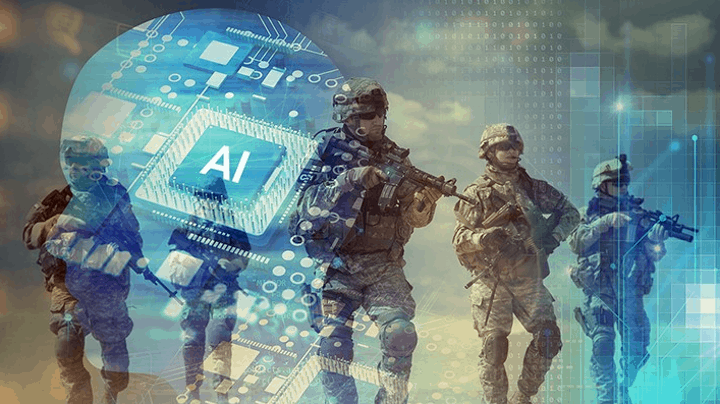 Brace up for unprecedented changes in warfare, that influenced by Artificial Intelligence

Warfare has traditionally been one of the high priority sectors for policymakers and governments worldwide. The heavily guarded sector is slowly opening up to the transformational changes that technology brings along with it. Massive researches are been carried out into how the defence sector- military and aerospace, in particular, can leverage AI, ML to make warfare more gen-next. Like the two sides of a coin, this gamble also comes up with its own risks and rewards. How the military and aerospace operations explore this amazing technology is the next big question.

The 6th  generation fighter has captured the attention of countries, which are divided into two segments, led by the U.S riding on the cause of developing parallelly two stealth fighter types, the 5th generation and the 6th  generation warfare, while the latter segment of countries including the UK, Germany and France having concluded that championing the US cause is very time-consuming and expensive. These countries rely on the premise that it makes more sense to focus on tomorrow’s jet fighter technology than try to catch up with today.

Championing the AI cause into Warfare Operations

The recent thrust into the research of Artificial Intelligence for modern warfare is arguably driven more by the ideology that- the development of a successor will take several decades, which must be started better sooner rather than later. The 6th generation of aircraft takes precedence from the 5th  generation warfare and looks at new airframes as well as adaptations of the best of what is available. This move brings its advantages because various industry developers are already building prototypes of 6th gen fighters with newly designed, stealthier airframes.

This has let the debate open that perhaps some of the most essential ingredients of these long-term innovative technologies are, in effect, already transforming warfare. This improves chances that the nearer-term aircraft, will draw references from AI and ML algorithms to develop new and improved prototypes of the 6th generation fighters with newly designed components.

For instance, “smart sensors” will be able to gather, analyse and organize vast volumes of combat information in milliseconds. These smart sensors use AI-fortified algorithms, being built into airframes themselves to combine new sensing technology without increasing an aircraft’s radar signature. The absence of an external antenna, pod or structured array of some kind removes otherwise more radar-detectable structures from an airframe.

The world must brace up for cognitive intelligence into modern warfare, backed by AI-informed combat decisions and enabled by accelerated real-time analytics. This would allow human decision-makers an unprecedented access to draw intelligent conclusions on otherwise inaccessible pools of data. AL and ML-driven algorithms can integrate live data from the IoT powered sensors to instantly compare them against the vast amounts of stored data. This can lead to actionable insights and informed conclusions without requiring human intervention.

In the future, it will be exciting to witness how the iterations of man-machine interface, will write a new chapter in warfare, perform information-oriented tasks, all while the humans with their unique cognition capabilities will be the ultimate decision-makers in a command and control role.

Why is Data Science a Need for Startups?