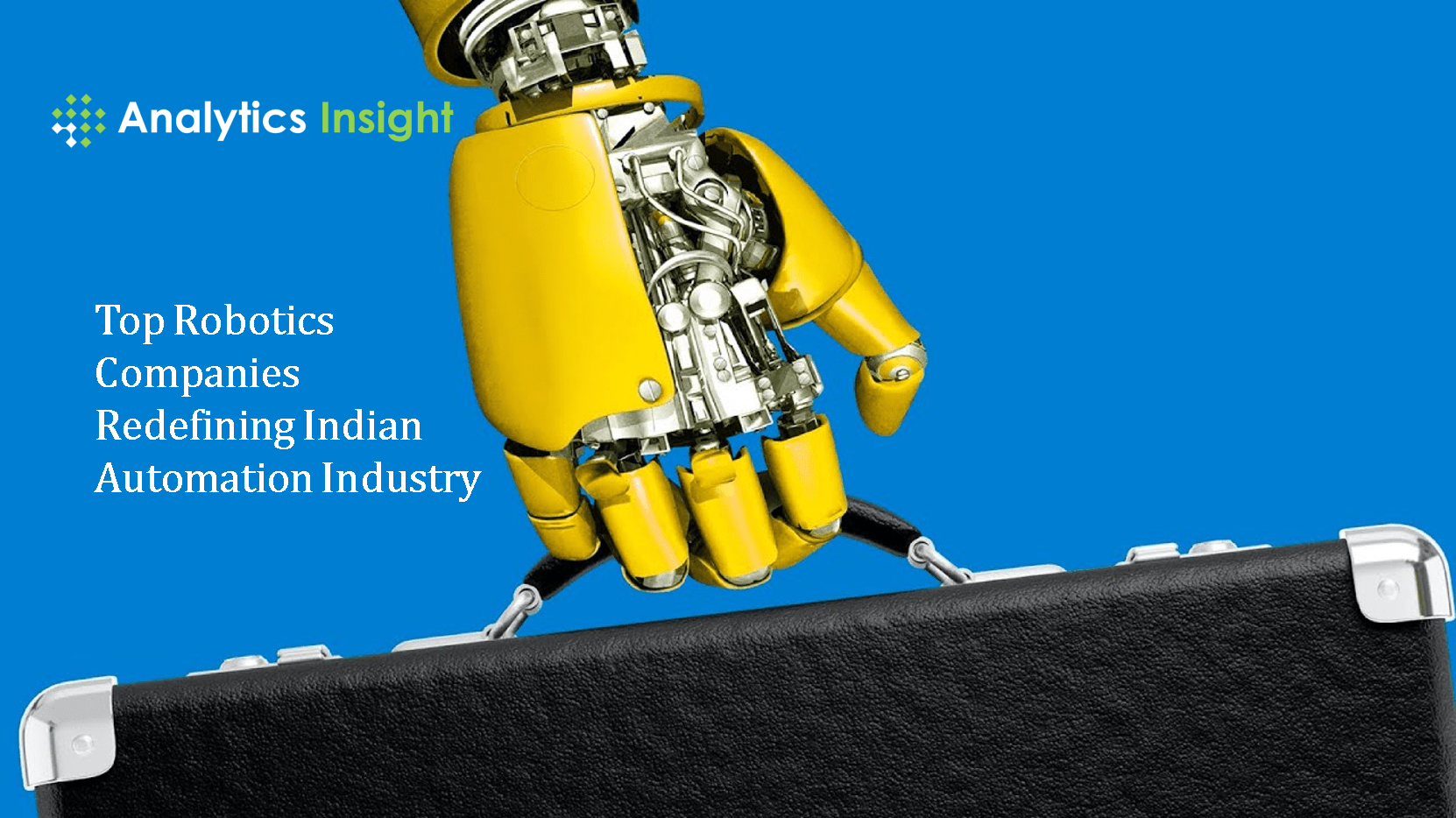 The current COVID-19 pandemic has proved the importance of robotics across various industries. Specifically, in the healthcare sector, robots have been assisting doctors and hospital staff in serving patients well. Such innovative robotics applications have brought significant transformation in the Indian automation industry. Many companies have emerged to cater to the needs of the industry. Here is the list of top 10 robotics companies that are redefining the automation arena of India.

Established in the year 2006, recon is the largest robotics company in the world. It sells its products in 33+ countries worldwide. Their client bases include big names such as U.S. Air Force, Army, Navy and Marine Corps, Border Patrol, FBI, and ICE. Headquartered in Edina, Minnesota, it has offices spread across the globe.

Founded in 2001, this company made history by developing a robotic guidance system for spine surgery. Today surgeons, across the globe, use their Robotics Renaissance in conducting neurosurgery and orthopedic surgery. It’s revolutionary “Mazor Robotics technology” is installed in 28 hospitals in the US and in 26 hospitals around the world. It is estimated that this technology is used in more than 4,000 surgery procedures worldwide.

Gridbots is an India company working in the field of Robotics, Artificial Intelligence, and Machine Vision. Established in the year 2007, today it has a team of 30 trained professionals working in its headquarters in Ahmadabad and regional offices in Jaipur, Faridabad, and Meerut. The company offers various products in Nuclear Robots, Space robotics, defense robotics, and industrial robotics. Its client base includes various Navratana companies and defense services.

This Us based company was established in the year 1912 in California. It entered in India 20 years ago and since then supporting various Ministry of Defence projects. Headquartered in Delhi, they have recently tied up with Tata Advanced Systems and formed a joint venture company known as Tata Lockheed Martin Aerostructures, for manufacturing components for aircraft C-130J.

KUKA is a world leader in the manufacturing of Industrial Robots. Headquartered in Germany, it has its presence in 25 countries through its sales and marketing subsidiaries. They entered in Indian Market in the year 2006. In the span of 9 years, the company has become a top industrial robotic supplier in the domestic market. Their India subsidiary is located at Gurgaon. And they also have a technically advanced Service and Training center in Pune.

The company is a subsidiary of FANUC Corporation, Japan, and started its India operation in the year 1992. FANUC is one of the largest industrial robot manufacturers with 200,000 installations worldwide. They are the leaders in India with over 4700 industrial robot installations. They have a large network of the sales team in PAN India and have their Advanced Technology Centres at Gurgaon, Pune, and Bangalore. They have a highly skilled team of engineers which provide complete end to end solution ranging from preparing concept drawings to manufacturing and installing industrial robot.

ABB is a giant in robotics with its operations in 53 countries around the world. Its key business is to manufacturing and supplying robot products, its systems, and services. It has a skilled workforce of 4,600 employees spread across its various locations. Till now it has installed around 250,000 robots around the globe. Headquartered in Bangalore, it has sales and marketing offices in several Indian cities.

Founded in 1915, Yaskawa is the largest manufacture of motion control products. They started their India business in 1980 and offer products in two categories Motion Control and Robotics. Their core robotics strength includes assembling, coating, dispensing, and material cutting. They have successfully completed 3000+ installations in various industries. Headquartered in Bangalore, their robotics division is located at Gurgaon, Pune, Chennai, and Bangalore.

In the year 1961, Kawasaki has created its first robot, Since then the company is developing high-quality industrial robots. They manufacture robots for various industrial processes such as assembly, handling, painting, etc also automation systems for logistics such as automated product- handling systems for airports. It has it’s headquartered in Japan and operating worldwide through its subsidiaries. They have their sales and marketing team located in India too.

Established in 1995, this homegrown company develops products for the robotics market. They offer various products such as core technologies of robotic arms, AC servo motors, Servo motion controllers, Speed reducers, etc. Headquartered in Bangalore, they offer cost-effective solutions to many big names in the robotics market.

Want to Make an Advanced Robot? Beware of these Repercussions

Why Tableau Is a Must to Advance Your BI Career?