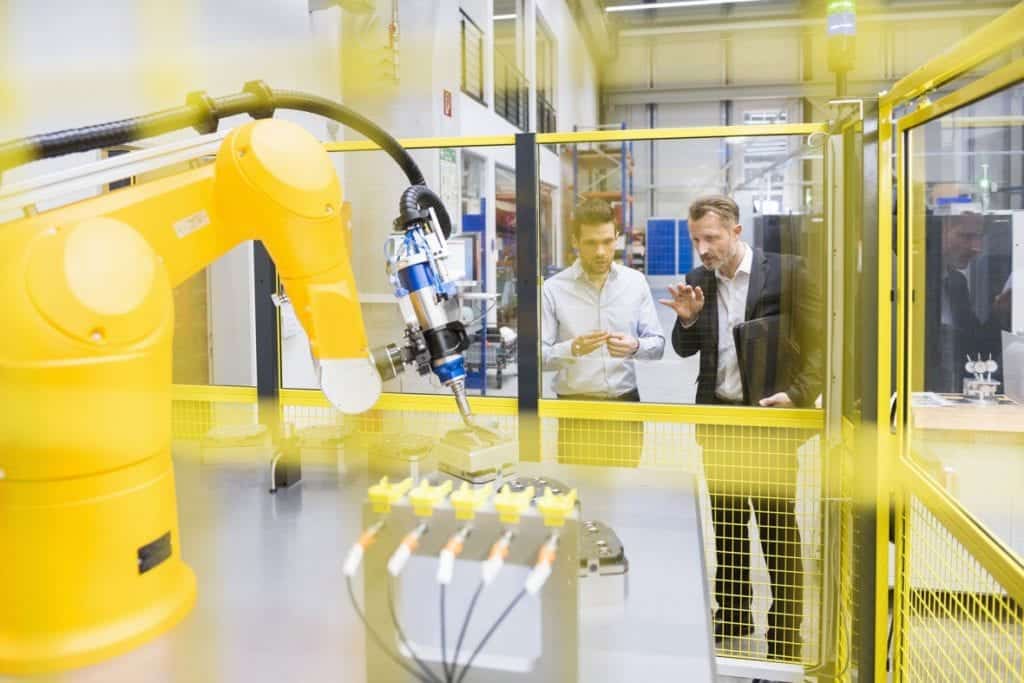 Traditional management’s boundaries are being challenged by business robotics in more ways than one. We have often read about developments in the robotics world that make researchers and business leaders think that robots are out to replace human workers. Bots are a means to not only revolutionize the workplace, which the advancements in computer technology have been doing for the longest time, rather they are going to bring an added feature of a personality to the table.

Soon there is going to be a time when we will get to see professionals not only working alongside bots but also competing with them. For instance, now you have ‘Betterment’ – a bot that is increasingly becoming the ‘go to’ choice for people to entrust their investment-related decisions too. With the growing population and market for smartphones and other digital technologies, young investors would be more than willing to trust advice given by a machine algorithm assembling the best possibilities for his/her goal. Again, we can cite the example of lawbots which are shaking up jobs in the profession by automating most of their work. According to figures put forth by McKinsey, 22 percent of a lawyer’s job and 35 percent of a law clerk’s job can now be automated. ‘Contract Intelligence’, JPMorgan’s primary legal software performs document review tasks in a matter of seconds, something that used to take 360,000 hours to be done manually by legal aides. Bots have also been started to find a place in the healthcare sectors.

With management practices evolving over centuries, we have now come to a point where ‘people management’ is not as much of an issue. Organizations now have a reasonable competent at this and a strong system in place to hire, train, develop, motivate and reward their people. Human supervisors in the form of managers have effectively carried out these functions for the longest time.

But what about those organization, especially ones with a heavy focus and use of robotics across manufacturing and logistics? Principles and processes for managing automated workers are still in the nascent stage. In the 1980s, when the computer was just becoming popular for businesses, Chief Information Officers played a great role in implementing technology to achieve gains for the company. In the same way, now there is a bot revolution coming. Chief Robotics Officer’s (CRO) position is fast gaining a foothold in various organizations to enable a top-down strategic thinking approach with respect to management of robots.

According to figures presented by Gartner, 10 percent of organizations in supply chain dependent industries will have a CRO by 2020. A CRO in such industries will look to bring about a perfect balance between the human and robotic workers. The CRO would be developing a management structure suited to both humans and robots by blending engineering, IT, logic, problem-solving and human capital management skills.

‘Electronic persons’ with rights or ‘personhood’ of the robots is what we can expect in the near future. In such cases, an important question arises regarding how work disputes between the bots and humans would be settled? And, would bots be included in teams? Also, could someone be accused of overworking a bot? Then all of this would lead to a point where bots would be held liable for their jobs. And, for a liable bot, a compensation system would then have to be introduced. But then how are you going to reward or punish a bot? The challenge of creating and managing a robotic workforce is more human than technical and a plan has to be in place for every kind of situation.

Technology is rapidly outpacing the management overseeing it. The landscape is profoundly changing. Humans are going to be losing out on jobs to the bots for sure. But this will not happen without the creation of some other new departments. As for the leaders of future robotics workforce, they will no longer be making plans to drive the performance levels of individual employees. Rather they’ll be engaged in designing and building upon the performance of their robotic workforce – a clear role cut out for a CRO.

What 2019 Holds for the In-Demand Cloud Computing Jobs?