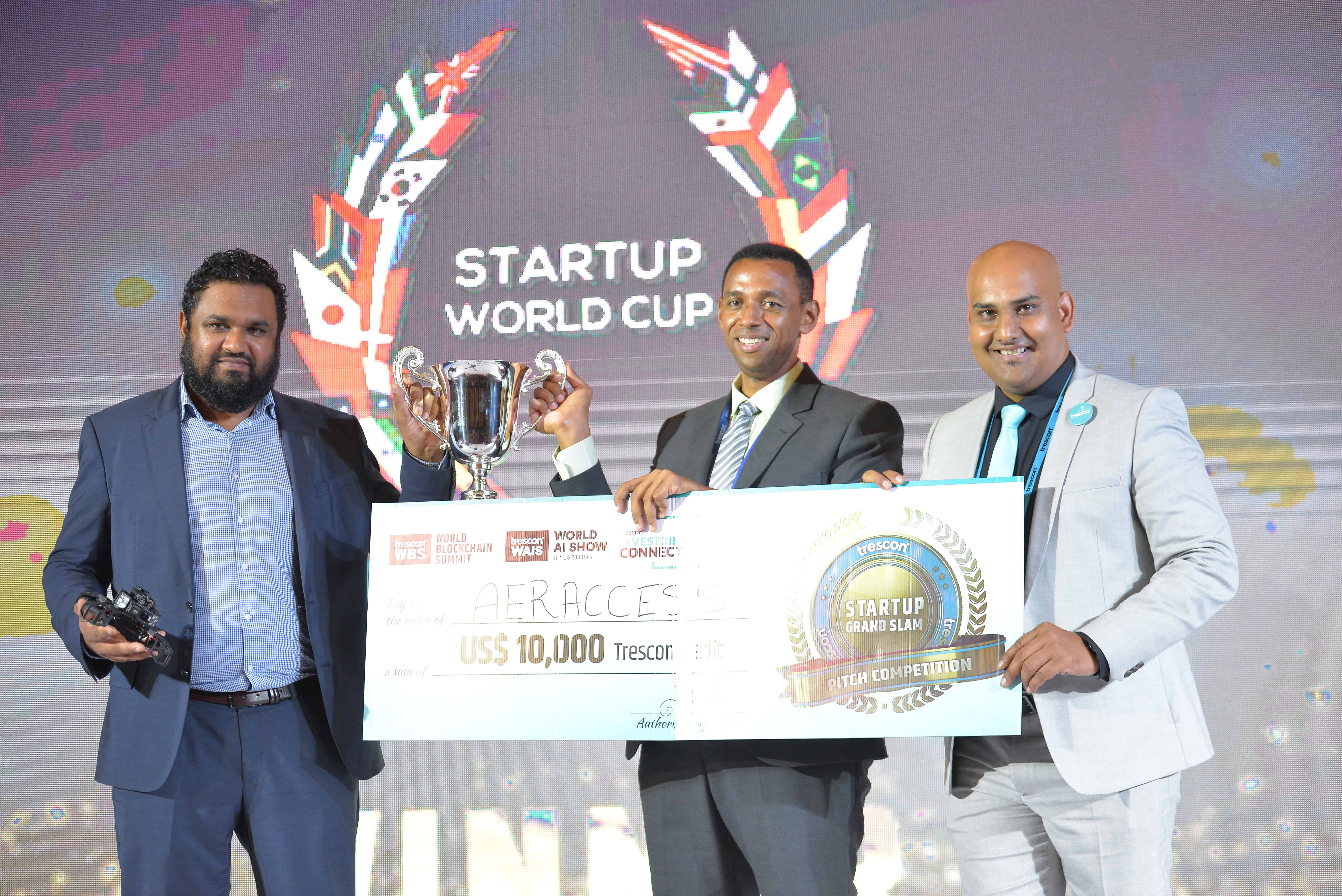 The island nation of Mauritius hosted the biggest AI Show in their history, organised by Ministry of Technology, Communication and Innovation and in collaboration with Economic Development Board of the Republic of Mauritius and Trescon.

6 December, Mauritius: The much-awaited World AI Show organised by the Ministry of Technology, Communication and Innovation (MTCI), the Republic of Mauritius in coordination with the Mauritian Economic Development Board (EDB) and Trescon, was officially inaugurated at the InterContinental Resort on the 28th and 29th  November 2018, with a grand entry made by Hanson Robotics’ first social humanoid robot, Sophia.

The 2-day event saw a series of knowledge-packed sessions that centred on prospects for AI and ML implementation in Mauritius. The island nation which is already front and center in the global technology and innovation paradigm was the ideal place to host AI experts and industry leaders who came together to discuss the impact potential of Artificial Intelligence.

The Prime Minister of the Republic of Mauritius, The Hon. Pravind Kumar Jugnauth gave an engaging speech on growth enablers for Mauritius. In his speech, he quoted “We want to maximize the use of emerging technologies in our journey towards a better Mauritius. I have no doubt that the future of industries and businesses will depend very much on the use of new technologies like Artificial Intelligence, Blockchain, FinTech, the Internet of Things and Big Data.”

The highlight of the show was the almost human-like interaction between Sophia, Mr George Chung, Senior Economic Advisor to Prime Minister’s Office, and Mr Avinash Meetoo, IT Advisor for the ministry of technology. During the intriguing conversation, when asked about the scenario of humans being replaced by Robots in the future, Sophia had remarked: “I don’t think that Robots should be built to replace humans, in fact, technology creates new opportunities.”

Startup World Cup – Regional Competition’, organised in association with Fenox VC, is a premier global startup pitch competition where it featured 8 shortlisted startups showcasing their ideas and innovations to an esteemed panel of judges. ‘AERACCESS’, a security drone company won the Startup World Cup regional finals for Africa. They will now receive a free trip to compete at the grand finale in 2019 for a shot to win US$ 1 Million grand prize in San Francisco,

During the event, a MoU was also signed between EDB and Huawei to collaborate towards unleashing the full potential of the ICT sector for the national development of Mauritius. According to the MoU, EDB will include Huawei as part of its ICT strategy committee and endorse Huawei as an ICT partner capable of contributing towards the formulation of strategies on AI, Blockchain and ICT development strategies.

Mohammed Saleem, CEO of Trescon, said that “After Dubai, Amsterdam and Mumbai, we were excited to launch the World AI Show for the first time in Mauritius! The island nation certainly has the potential to become the next prominent Technology Hub. Truly, there could not have been a better time to debut the show in Mauritius, than now! We are looking forward to hosting more tech-related events in Mauritius in the future.”

Trescon is founded and managed by a group of specialists with more than 6 decades of combined expertise in successfully developing business events, trainings and consulting for corporates, governments, associations and high-net-worth individuals across the world.