Women Occupy Only 30% of Data and Analytics Roles in the Industry: Analytics Insight Report 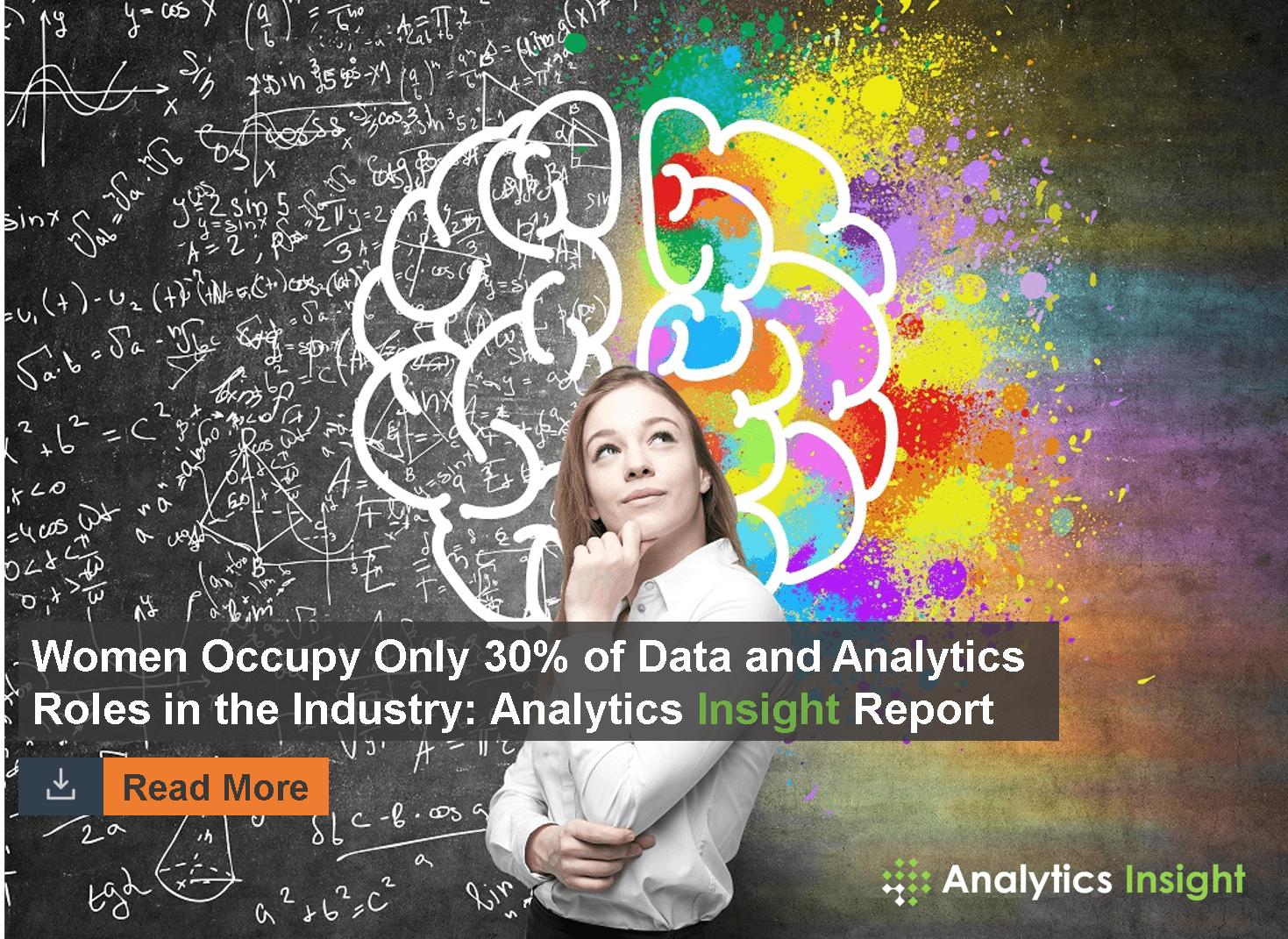 With the growth of data-centric roles, industries are developing a variety of job opportunities but seem like the situation is not the same with women. Analytics Insight’s study found that only 30% of women are actively working in Data Science and other data-oriented jobs. Also, around 10% of data teams do not have any female member in them.

The survey was conducted on 700 professionals who are currently working as data scientists. The data was gathered from LinkedIn profiles of these participants and also in accordance with a chain of prerequisites.

Additionally, a number of different studies depict that there resides an issue with women leadership within the Data Science and Analytics industry. The ratio of women holding top positions like CEO, Senior Executives, Senior Level Management authorities is extremely less than that of men.

Below are the major highlights of Analytics Insight’s observational study.

•  The study reveals that women contribution in Research and development field is 34% only which is not even half of what men get to perform.

•  On one hand, the participation of women as developers is 12% which is 4% less than that in the management area.

While the creative input of females in the data science field is 28%, they tend to possess only 10% of the other significant roles in any tech-organization.

The employment gap is not confined in the boundaries of data science and analytics rather it has become a global issue. According to the world bank data, only 40% of the total workforce across the globe is consumed by women. Out of which a few are dedicated to Data and Analytics role.

However, within the landscape of Data and Analytics field, the overall composition of women vs men ratio in different sectors is also low.

•  Around 38% of women work in Marketing Analytics sector and 17% of them are directed to Data Science genre.

•  While Data Analytics zone constitutes of 22% female population, nearly 23% of women are doing other significant jobs in the industry.

Clearly, demographics play a very vital role in determining the prevailing situation of women labor force in a particular country or even across the tropics of the world.

If we magnify the glasses and look into the circumstances location wise, the study represents:

•  Being the world power and leading country in technology adoption, even the United States of America has only 35% of women working in data-empowered fields.

•  India, which is recently ranked under top 10 countries having a large number of data scientist head counts, envelops only 20% of women amongst them.

•  Other countries concentrating over Data technology adoption constitute around 15% of female contribution which is straight half of that of the UK’s situation. In the United Kingdom, 30% of females are working as data science and analytics professionals.

Reason Behind the Gender Split

Lack of paid leaves for both genders becomes an issue. Conventionally, women are considered as primary caretakers of the family and children which makes them make career sacrifices when required in adverse conditions.

Also due to the gender pay gap women tend to earn less money than their male counterpart which makes it convenient for families to believe that they can easily quit the jobs if required.

Another big reason for the gender gap in data science and analytics field is lack of mentorship and leadership for women in STEM education. Since an early age only, they are discouraged to pursue a career in STEM.

What Can Be Done to Encourage Women Contribution in Data-Oriented Industries?

•  The initial step that should be taken to inculcate scientific aptitude in girls from a young age is building communities and resources to promote STEM education and encourage them to pursue technical degrees.

•  Companies need to willing adapt to diversity and welcome women with the pay they deserve as they can be equally ambitious, skilled and adaptable as men if given the right opportunity at the right time.

•  The instinctive bias of hiring managers should be overcome to overlook the male favors and zoom into the capabilities of a woman.

Although a lot of organizations have strived to accelerate the women population in STEM fields, gender diversity still remains a crucial issue. A recent survey of LinkedIn quoted that around 82% of hiring managers considered diversity the major issue in the previous year.

The State of Computer Vision Now and in the Future