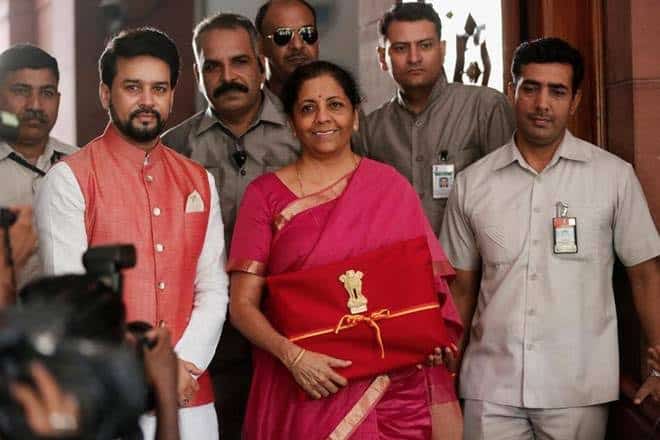 The Union Budget 2019 of India had claimed Artificial Intelligence to be high on the agenda in the digital segment of the Budget. This declaration was huge given that China has been consistently building an ecosystem to fuel its aspiration to turn into a world leader in AI by 2030.

The Union Budget 2020 will be reported by the Central Government on 1 February 2020. While a few expectations are being communicated by industry pioneers, experts as well as students, what the government really thinks about must be resolved one week from now when the budget is given. In the meanwhile, business expectations on the Union Budget 2020 keep on pouring in.

As per a report of the China AI Development 2018, somewhere between 2013 and 2018, the investment and financing in the AI innovation area of China represent 60% on the planet. This was valued at $27 billion in 2017. India, in any case, had not declared any budget allocation for its AI plan at that point. In any case, in 2019, NITI Aayog recognized that India, being the fastest-growing economy with the second-biggest population on the planet, has a critical stake in the AI revolution.

As per Dr. Ranjit Nair (PhD AI), CEO and founder of Germin8, the greatest areas where nations go after strength is AI. It not only impacts a huge segment of the commerce parts, yet in addition, in regions like health, national security, cybersecurity, food security, education, and global warming. However, Dr. Ranjith infers that nations like the USA and China are deserting India as far as AI research, AI entrepreneurship and government investment in AI.

As indicated by most industry leaders, what India needs is a move and allocation of assets to fill this critical gap and set the groundwork across different businesses. Along these lines, this time the business is expecting that the finance minister will announce satisfactory assets on reskilling, education, ed-tech to enable the youthful population to have occupations that will be made with tech disruption and move away from ones which may soon become out of date.

For India to have a $5 trillion economy, the young have a key role to carry out in empowering this objective. The advantage of the youth dividend should be channelised and empowered to make the nation famous. Quality education is significant, particularly in the rising fields, for example, artificial intelligence, big data, virtual reality and machine learning separated from the management and services in established segments.

That implies the legislature has put the initial step forward with skilling focus around rising technologies like artificial intelligence and robotics. The government is relied upon to help the reskilling of the IT workforce to assist them with remaining relevant in the worldwide business, experts believe. This implies rising education budgets with a key spotlight on STEM. Also, experts state there is a need to carry automation to the study hall to make education productive and fill the gap in the absence of teachers.

The government can report AI grand challenges that are available to teams from the scholarly world and industry that include takes care of a significant issue for India. The government’s job right now is to give a crisp problem definition, give access to the data and obviously give a decent cash prize. Such AI grand challenges will bring about significant issues getting tackled, new companies and occupations, and catch the country’s creative mind and be a driving force to the field of AI.

Perhaps the greatest challenges that startups face is early-stage funding. The government could announce a fund on any semblance of Singapore’s Temasek that will invest only in early-stage Indian AI startups. Likewise, the government could report lower long term capital gain’s tax for putting resources into AI-based startups. This will empower more angel investment into AI start-ups. While there are a ton of engineers being delivered in India, we despite everything fall behind different nations as far as the quantity of AI PhDs and AI research. The government should make more research grants accessible for AI research and should likewise offer incentives to institutes that put resources into AI training.

An upskilling fund is the need of the hour today to fight the skills gap made in India by emerging technologies, for example, AI/machine learning. Each business should be ordered to give a learning budget to help their employees consistently upskill and this consumption ought to be repaid to the business through the upskilling fund dispensed as a tax rebate. A corporate commitment towards upskilling boosted by the government will guarantee that HR in the nation are skilled in developing innovations/hot skill areas while energising the workforce and killing all feelings of trepidation for the future.

Most Innovative Companies in Machine Learning