Want to Make an Advanced Robot? Beware of these Repercussions

Latest News Robotics
by Kamalika Some May 5, 2019 0 comments 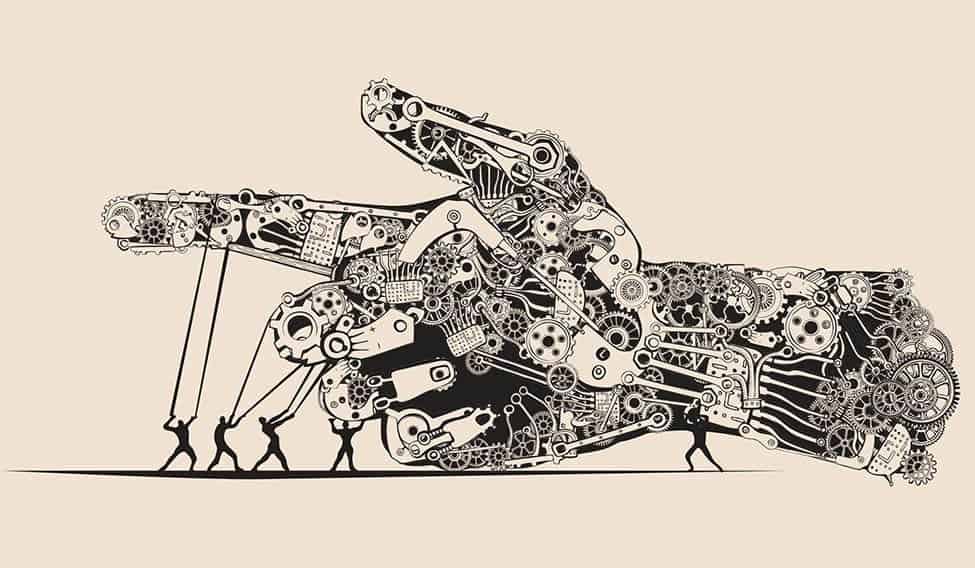 The artificial intelligence age is here marching ahead to increase human productivity in multiple ways, transforming everything from transportation to education to healthcare. Some enthusiastic computer scientists even think humanity will find a “master algorithm” that will fix our politics and make lives “longer, happier and more productive.” In the grandest of these visions, smart computing machines could automate all of the scientific discovery.

As automation deploys itself into more and more uses, many people worry about the future of their work and the security of their jobs. Ever wondered what will happen if millions of human workers no longer have jobs, what will they do, how will they provide for their near and dear ones, and how will the society adjust to all these changes?

New research by the McKinsey Global Institute suggests that by 2030, roughly 15% of the global workforce could be displaced, and the jobs which are created will likely make up for this loss. As this happens, between 75 million to 375 million people globally may need to switch their occupational categories by 2030, depending on how quickly they can be adaptable to automation.

Recent technological changes have been biased towards automation, with insufficient focus given to create new tasks where labour can be productively employed. The recent stagnation in labour demand is explained by an acceleration of automation, particularly in the manufacturing industry, and a deceleration in the creation of new jobs. Rapid automation brings efficiency-driven productivity growth rather than focusing on value-added expansion, fails to create jobs, a situation which may eventually cause a social unease.

How to Harness New Technologies for Employment

Some economists have come up with suggestions that could help to navigate the risk of what AI and automation may cause notably mass unemployment and social chaos. New technologies could create as many jobs as they destroy if we pursue them in the right way.

In addition, and perhaps reflecting this shift in the composition of technological advances, which the economy has also experienced is a marked slowdown in productivity growth, contributing to a sluggish labour demand.

1. Over the last three decades,automation has destroyed more jobs than it has created, as reported by analysts.

2. A primary reason is that automation technology has not been good enough to create sufficient new work. This has led to stagnating productivity growth, a declining share of the economic pie for labour, and more inequality.

3. An aging population is a leading indicator of more automation to come. The shift to robots will pick up in industries which rely more on middle-aged workers.

What Should be Done to Reduce this Gap?

Industry experts suggest and believe that there is a gap between the resources and the skills as demanded by the industry. Thus, it is imperative to provide transition support to help displaced workers or those struggling with transitions to new occupations as evolved by the industry.

The industry needs active use of digital technologies for job matching and stimulating the rise of independent work. When technologies are offered at the grassroot level the dynamism of labour markets can restrict the growth of migration, which is currently waning, like for example in the United States, the job reallocation rate has dropped by 25% between 1990 and 2013, pointing to a decrease in the share of workers relocating across state lines falling by half, close to 1.5%.

The educational institutions, labour organizations, governments and businesses have an important role to play here. Change-making institutions have a greater role to play, sharing the forward-looking knowledge, which means collaborating with a mix of skill and experience requirements.

In a nutshell, automation technologies have a lot more to offer for the productivity gains they bring along, even as the workforce transitions influencing adoption are well dealt with. The trade-off between productivity and employment is actually less than it might seem at first sight, since the GDP bounce that productivity brings will raise consumption and hence labour demand. This effect will be felt faster if the gains in value-added turn to be the gains in the hands of people who spent it. Thus, to conclude distributing income gains will translate productivity gains into the GDP growth with an increased focus on skills and training an urgent need of the hour.

What Do SQL Server Statistics Tell You?

How Adopting MLOps Can Help Companies with ML Culture?