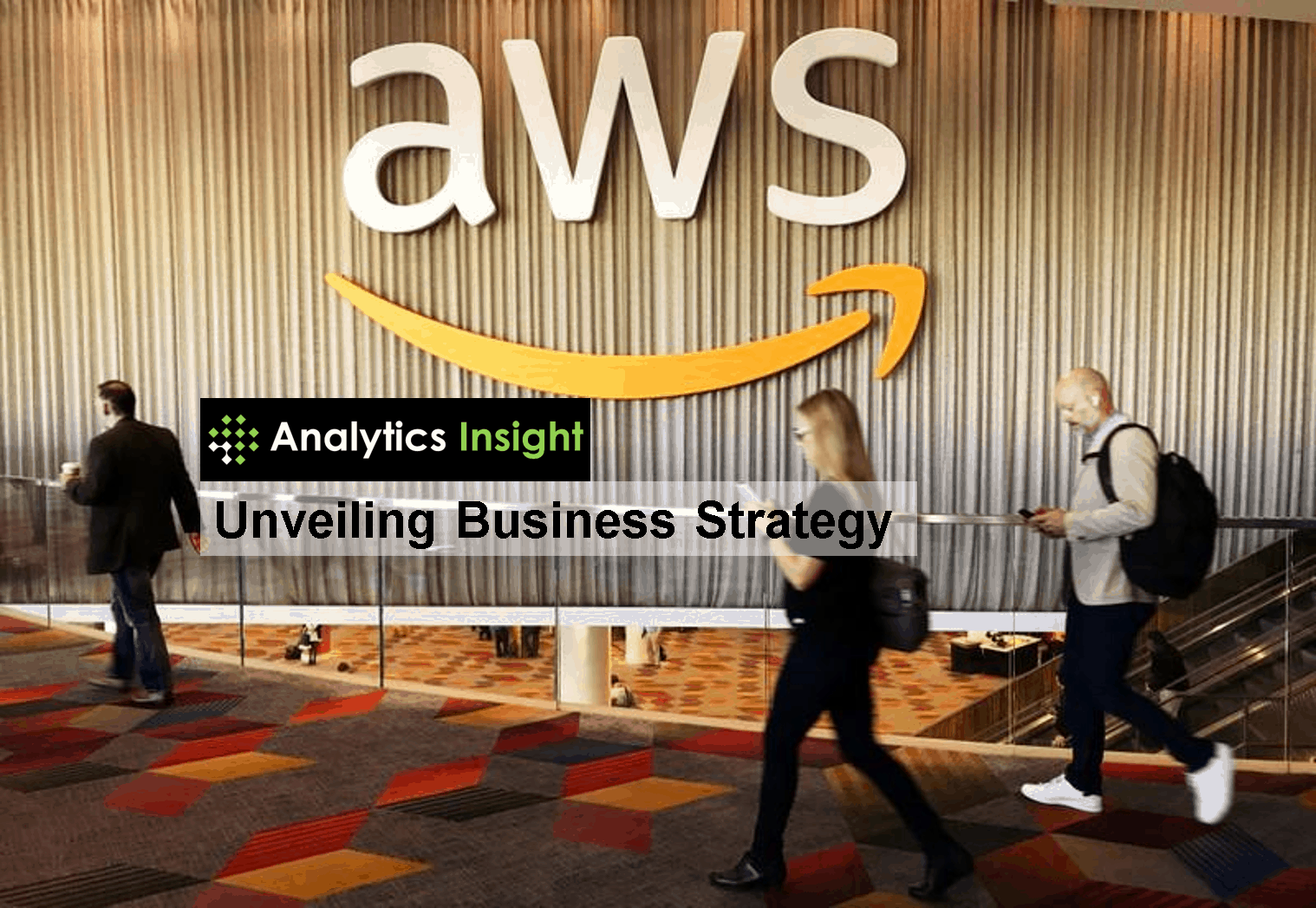 The Seattle-based Amazon is a multinational technology company that majorly focuses on e-commerce, cloud computing, digital streaming and artificial intelligence (AI). The company is considered as one of the Big Four technology companies with contemporaries like Google, Apple, and Facebook.

The American company is a pioneer in disrupting well-established industries and markets through technological innovation on a broad scale. Amazon is the world’s largest e-commerce marketplace, AI assistant provider and cloud computing platform by revenue and market capitalization. It is also the largest internet company by revenue across the globe. Being the second-largest private employer in the USA, Amazon is one of the world’s most valuable companies. Additionally, it is the second-largest technology company by revenue as well. Being a market leader with the highest revenues in the industry, the company has more than US$778.39 billion market capitalization and above US$200 billion annual revenues.

Amazon is well known for frequently bringing creative ideas and innovative additions to its product line and service offerings creating differentiation from its rivals. As a cost leadership, the company efficiently controls its costs and lowers its inventory replenishment time. Amazon has formed numerous strategic partnerships with many companies including Evi Technologies, Thalmic Labs, Shoefitr, The Orange Chef, etc. while forming a strong value chain system that also helps in maintaining a low-cost structure.

Amazon’s large number of successful acquisitions have produced significant revenues and profits for it. Also, its three key businesses provide it an extra edge to gain massive profits and advantages to grow.

All these help Amazon penetrate or expand its operations in developing markets especially in terms of innovation and technology. The company possesses an astonishing opportunity to improve and flourish its technological measures and organizational policies.

Looking at the 2019 M&A data alone, we can observe that Amazon is aggressively moving towards expanding its reach and gaining technological power to prosper its business. In February 2019, the company announced that it will invest in potential Tesla rival Rivian, a Michigan company. Amazon has placed an order for 100,000 electric delivery vans recently.

Additionally, to enhance its reach in cloud storage, Amazon has acquired Israeli storage tech startup E8 Storage. The latter will bring the team and technology from E8 into Amazon’s existing Amazon Web Services center in Tel Aviv. Also, Amazon had announced in February 2019 that it’s acquiring Eero, the maker of mesh home routers. The acquisition is expected to help customers better connect smart home devices and make Alexa-compatible gadgets easier to set up.

Observing the rigorous expansion of Amazon across a wide range of areas of business and technology we can say that being an extremely powerful company across the world, it can move virtually in any direction and expand its services and business prospects in whatever way it wants.

Apart from mergers and acquisitions, business partnerships and alliances play a crucial role in paving a strategic way to help organizations grow. As it is already known, ‘No Company can go it alone’, it fits well in today’s competitive environment of corporates. Having alliances is not a big deal now, what matters more is to succeed in it. In the context of Amazon, its successful partnerships have brought a different dynamic and organic growth, with less control and more trust.

Recently Amazon announced the Voice Interoperability Initiative which will have a coalition of 30 well-known companies across the globe including Amazon itself along with Microsoft, Baidu, Tencent, and significant others. The hardware companies such as Qualcomm, Mediatek and NXP Semiconductors NV will also be part of the coalition.

The initiative will allow virtual assistants to communicate with each other. This will enable users to deploy different programs at the same time. The integrated system will make these virtual assistants respond to each other’s code while having personalized interactions.

The growth of Amazon has been mainly driven by the high margins deriving from the services sales. Diving more into the depth at its revenue sources, the company is expanding globally by moving more and more towards its key businesses. Amazon is involved in three key businesses – Amazon Marketplace, Amazon Web Services (AWS) and Amazon Prime. All of them offer great support to each other and generate benefits that could not be achieved through independent operations. AWS provides two important elements for Amazon’s e-commerce site – Speed and Capacity.

Also, the Amazon Prime subscription service, which offers access to Prime Instant Videos, Prime Music, free two-day delivery and many other benefits for a flat annual fee, has more than 90 million Prime members worldwide today. In addition to it, the marketplace helps to attract new visitors to Prime through its Fulfillment by Amazon program (FBA).

Hence the synergies between these three businesses cannot be quantified easily, according to Amazon CEO Jeff Bezos, they are providing some major and strongest competitive advantage to the company.

Accelerating Profits Through Data and AI

Amazon is pushing the bounds of innovation, not only with its key businesses but with many other cutting-edge management strategies. The company is breaking internal barriers and setting an example for others for enhancing customer experience through innovative ideas. Amazon has raised the bar to the next level by reorganizing itself around its AI/ML and big data efforts. Specifically, in terms of AI, the technology is not restricted to office fencings only rather it is spread across multiple businesses running under the umbrella of Amazon.

Machine learning is used by the product recommendation team to improve product prediction and later the insights are shared across the company. In particular, the technology AI and ML basically empower three Amazon products including Alexa, the Amazon Go Store, and the Amazon recommendation engine.

The AI bot Alexa is one of the company’s most popular forays into machine learning. Integration with Amazon Music, Prime Video and Personalised Product Recommendation from an Amazon account were some of the first skills for Alexa.

Also, the Amazon Go store availed the benefits of data to track customer shopping trends. The data gathered from customers’ smartphone cameras track shopping habits and activities to help Amazon Go. Such kind of data is also shared with the ML team for continuous development.

The huge quantity of data generated or gathered is used to build up a ‘360-degree view’ of an individual customer. Using that profile, Amazon can find other people who fit into the same criteria based on gender, age, address, income and their preferences and make recommendations for them as well. Amazingly, Amazon’s guess-game is quite potent at judging customer’s income based on where he resides.

Outshining most of the American corporates, Amazon invested billions of dollars into its research and development (R&D) work last year. Reportedly, such investment has been made to boost its cloud computing business Amazon Web Services (AWS) as well as to accelerate Alexa, its voice-activated digital assistant, and to support futuristic projects. The significant investment in research and development work by Amazon has not only benefited the company but also added to national productivity, representing around 3 percent of the gross domestic product, or GDP.

Being one of the most valuable companies in the world, Amazon has been ramping up its R&D spending since its birth. The most appreciable efforts of the company can be found in Lab126 which is an R&D subsidiary responsible for all the hardware products labeled under Amazon – the Kindle and Echo for example. As of now, the lab continues to propel the R&D boundaries by launching Echo Snow, Echo Spot and redesigning the Fire TV and original Echo.

The R&D strategy of Amazon suggests that the use of technology should be throughout the organization, not confined to partitioned R&D activities. The strategy also recognizes the core competencies and puts efforts to maximize them.

Amazon’s business strategy is definitely on the track for winning the world and the above discussions have made it clear that Amazon must diversify into areas that are higher margin ones with great technological aspects. It should ramp up the cloud-based offerings that it has with Amazon Web Services.

The company is working towards its core competencies for attaining growth and profitability through technological innovation. And it will continue to grow through its formula of innovative success. The company plans to disrupt its retail and other markets employing disruptive technologies including AI, big data and robotics. Amazon is looking forward to automating most of the manual operations and established a more advance culture for its employees and customers.

Apple Music For Artist Out From Beta, Now Available With iOS App And Shazam