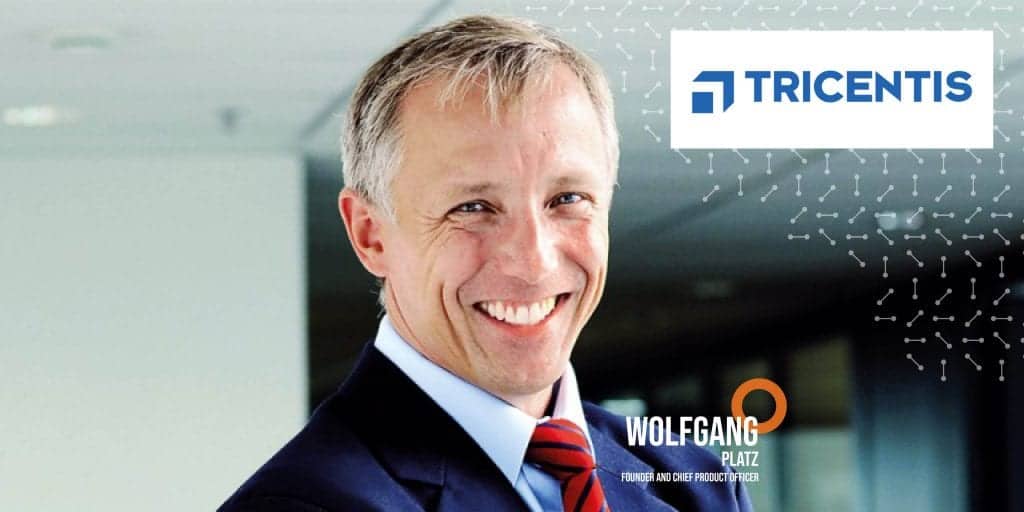 Tricentis has evolved from a technical tool that was well-known in the EMEA region to a global company with over 1600 large enterprise customers across all industries and geographies. The company’s priority has always been to deliver the industry’s most innovative automation solutions. Today, Tricentis is recognized as the clear industry leader by customers and the top three industry analysts (Gartner, IDC, and Forrester).

Global 2000 organizations are recognizing that they must start transforming testing now in order to achieve their digital transformation objectives. Tricentis is proud to have helped leading companies reinvent testing—enabling them to accelerate innovation while reducing business risk and lowering costs.

Wolfgang Platz is the Founder and Chief Product Officer of Tricentis. He is the force behind software test automation innovations such as model-based test automation and linear expansion test case design.  Prior to Tricentis, Wolfgang was at Capgemini as a group head of IT development for one of the world’s largest IT insurance-development projects. There, he was responsible for architecture and implementation of life insurance policies and project management for several projects in banks.

Tricentis RPA is differentiated by its award-winning model-based automation technology and radically simplified bot pricing model. Tricentis’ model-based automation technology has over 12 years of research and development behind it and is currently leveraged by 1600+ organizations. It is best known for delivering highly-resilient end-to-end automation of complex business processes—supporting over 150 enterprise technologies, from legacy applications to the most modern SaaS-based apps.

Tricentis is known for enabling business users to achieve unprecedented test automation rates across highly-complex and rapidly-evolving processes. The core technology that drives these high automation rates is now being featured in a broader platform that directly addresses the unique requirements of RPA, enabling organizations to achieve equally high levels of process automation across the enterprise.

Tricentis is the first vendor to provide a purpose-built enterprise RPA solution as well as a comprehensive continuous test automation platform. Organizations looking to boost operational efficiency in terms of software testing have been trusting Tricentis for years. Now, they’re also applying Tricentis’ industry-leading automation to many other critical business processes in the production environment. This is a strategic business benefit which accelerates enterprises on their end-to-end automation journey.

Wolfgang believes AI/ Machine Learning/ NLP/RPA/Speech or Vision Recognition are moving beyond being solutions in search of problems. They’re not going to solve all the problems anytime soon—but there are many ways that they can deliver business value today by helping in work smarter and more efficiently. “The key is to identify where the organization should start applying these technologies to achieve the greatest business impact. This involves developing strategies for measuring impact, assessing ROI, and making AI a sustainable part of a broader business strategy,” he added.

Tricentis is recognized as an industry leader—with the market’s strongest “completeness of vision”—as a result of its proven track record of providing the industry’s most innovative enterprise automation innovations.

The company has established various programs that elicit feedback from its customers. The company created a growth advisory board with around 50 CIOs from many of the world’s top organizations. Tricentis meets with the board throughout the year to share ideas, vet product direction, and understand their members’ challenges and priorities. In addition, the company has a customer advisory board and the Accelerate conferences in the United States, Europe and Asia. This provides it an interactive forum for presenting new ideas and opportunities, as well as gathering direct feedback on the product roadmap. This constant feedback is invaluable for prioritizing its R&D investments in areas that will have the greatest impact on its current clients and to the market at large.

Wolfgang further reveals that Tricentis also works closely with scientific research partners at some of the leading universities in Europe and the US.

Recognition as an Industry Leader

Tricentis is the only vendor to achieve “leader” status in all three top analyst reports (i.e., the “Triple Crown”). This honor is based on its technical leadership, innovation, and a Global 2000 customer base of 800+ companies, including global enterprises such as Allianz, ANZ Bank, Experian, First Data, HSBC, Lexmark, Merck, Sentry Insurance, Starbucks, Telstra, UBS, Vantiv (now WorldPay), Vodafone, and Whole Foods. These customers rely on Tricentis to achieve and sustain test automation rates of over 90 percent—increasing risk coverage while accelerating testing to keep pace with Agile and DevOps.

The Future is Enterprise Automation

Wolfgang mentioned that Tricentis has spent 10 years investing in the concept of extreme resilient automation. This investment has a wide breadth of applications in multiple automation scenarios, including software test automation, RPA, enterprise integration, and governance and compliance. He believes that the future of the company is enterprise automation: enabling business users to take advantage of a broad spectrum of advanced automation scenarios.