Top Universities in the World To Study Artificial Intelligence 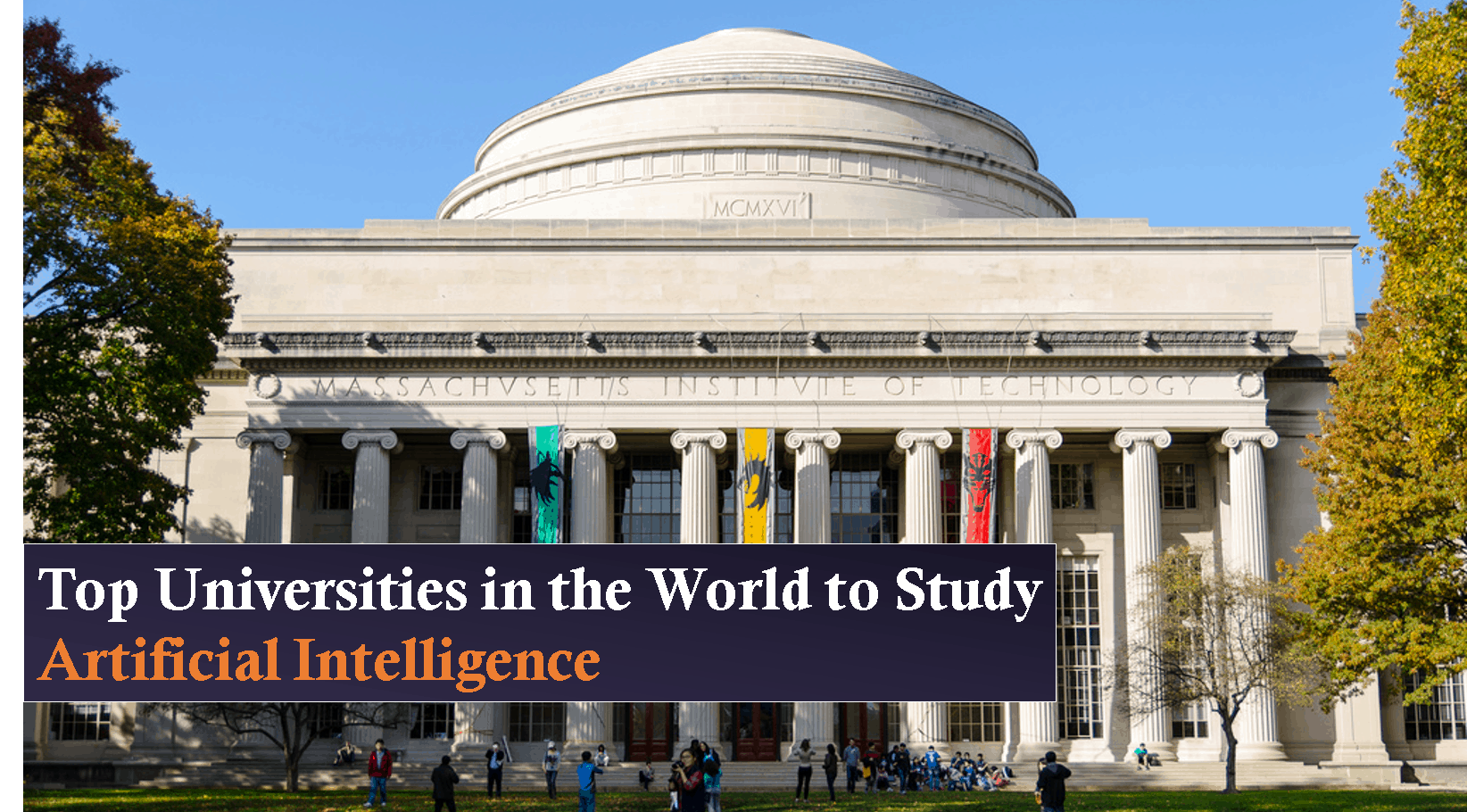 The MIT School of Science has a Brain and Cognitive Sciences (BCS) department that aims to Reverse Engineer the human mind by studying the brain at all levels, from molecules to synapses, to neurons, to circuits, to algorithms, to human behavior and cognition. The department has Graduate, Undergraduate, Post-baccalaureate, Post-doctoral and even a summer research program.

If you want to be part of an environment that is plumbing the depths of neural nets and testing non-invasive measures to defeat memory degenerative diseases like Alzheimer’s, then this is the environment for you. After all, it was in the MIT AI Lab that the first emotional AI – Kismet was developed.

There is also the MIT Computer Science & Artificial Intelligence Lab dedicated to AI research among other research areas in CS. The AI & ML research area under the lab itself consists of 21 research groups, some of which are – Clinical Decision Making group, Computational Perception & Cognition, Genesis group, etc. People who are Principal Investigators, Grad Students, Researchers and Associates among others are part of this lab.

CMU is known for being one of the remarkable institutes for its high emphasis on research. CMU was responsible for creating the first autonomous vehicle using neural networks in 1989. They have state-of-the-art research facilities and the financial resources to create technologies that will change the world for better. Their aim is to make the planet safer & healthier with AI.

CMU is the first to establish an Undergrad Degree in AI. They have also formed something called as an AI stack committee – because they believe AI isn’t just one thing, it is something built from multiple technology blocks. Each block has a designated operation to study & do research on.

CMU has doctoral, masters, undergrad & outreach programs that you can try for as per your suitability. At CMU School of Science, they have separate research departments for Human-Computer Interaction, Machine Learning & Robotics.

Artificial Intelligence has been studied at Stanford since 1962. The AI Lab at Stanford brings together faculties and students from inter-departments. For instance, students from the Computer Science and the Aeronautics departments have worked together to build a distributed conflict avoidance system for an unmanned aircraft.

For an Undergrad Major in CS, students can choose a concentration area known as a ‘track’; AI & Human-Computer Interactions are few of the tracks. Stanford has a Masters Program in AI & also provides an AI Graduate Certificate.

In 2016, UCB launched a center for Human Compatible AI. It is one of the oldest institutions for higher education in sunny California. UCB has a renowned Berkeley Artificial Intelligence Research Lab – the BAIR Lab, that brings together researchers across the domains of computer vision, NLP, robotics and machine learning. The BAIR is working towards connecting AI with other scientific disciplines and the humanities.

Nanyang is an autonomous research university in Singapore. In January 2018, the president of NTU, Professor Subra Suresh, announced his plans to transform NTU into a smart campus with tech-enabled solutions for better learning/ living experiences.

For Asian students, Singapore’s NTU is definitely a viable option to study closer to home. NTU is pushing the frontiers of AI with their research labs at the smart campus. NTU provides an Undergrad Bachelor of Science in Data Science & AI. It is a full-time 4 years direct honours BSc Degree. This programme strikes a balance between Computer Science & Mathematical Sciences.

•  The Computational Intelligence Lab (CIL) conducts R&D in AI that addresses both low-level biological processes and high-level cognitive functions in the human brain.

•  Multi-platform Game Innovation Center (MAGIC) – With the vision that the global game industry was expected to top $70 billion, MAGIC was set up in 2012. It specializes in various areas of tech including Game AI.

It is no news that Harvard is an exceptional university with brand value, after all, it comes under the Ivy League. Harvard’s John A. Paulson School of Engineering & Applied Sciences (SEAS) & the Institute for Applied Computational Science in it has an array of Graduate programs that focus on AI CS.

In keeping with the interdisciplinary nature of modern research, Harvard does not have traditional academic departments. Members of the SEAS conduct their research in multiple areas by collaborating with colleagues from the university.

Recently a cockroach-inspired robot was built at Harvard. The HAMR – Harvard Ambulatory Microrobot – is a versatile robot that runs at high speeds, jumps, climbs, takes sharp turns, carries payloads & even falls from great distances without being injured – Kind of reminds me of Ant-Man from the Marvel Universe.

The University of Edinburgh has been focussing on AI before it was even cool. It provides a very big selection of courses. They aim at giving you a practical knowledge in design & construction of intelligent systems so you can apply your skills in a variety of career settings.

The Undergrad Programs in AI are – BSc in AI & BSc in AI+CS.

The Post Graduate degree in AI – MSc in AI – falls under the subject of Computing & Informatics. You can choose your MSc in AI as a full-time 1-year course or a part-time 2 to 3-year course. They even have a Ph.D. course in ML & Computational Neuroscience.

The best find at Edinburgh was the full-time 5-year Undergraduate Masters Program (MInf) that focuses on giving a firm foundation with advanced studies in CS, AI, Cognitive Science as well as linguistics, neuroscience, psychology & biology.

Life Is Short & Opportunities Are Rare…

At a time when personalities such as Elon Musk & a few others have announced a $1 billion donation to Open AI, now is the time to cease these opportunities at a global level. So go ahead and grab them when you can!

Integration of Artificial Intelligence and Machine Learning with Analytics

AIOps: A New Phase in Enterprise IT Operations