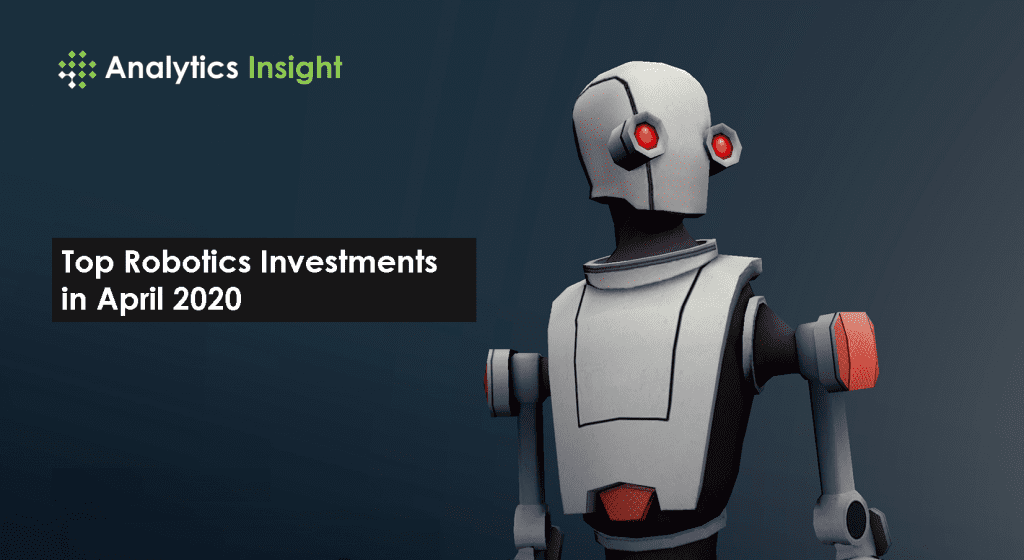 Robotics field is growing at a faster pace. With this faster pace, it is also attracting a series of funding and financial investments. Let’s go through some of the important investments in robotics companies in April 2020.

Rise Robotics, a Somerville, Mass.- based supplier of electric linear actuation solutions, raised US$3 million in funding. The round was driven by The Engine. Reed Sturtevant, a General Partner of The Engine, and angel investor Walter A. Winshall will join RISE Robotics’ Board of Directors.

Agile Robots, a Munich, Germany-based robotics startup, raised an 8 digit US dollar Series A financing round. The round was driven by C Ventures, with support from existing financial investors GL adventures, Sequoia Capital China, and Linear Venture Capital. The organization expects to utilize the assets for future improvement of robotic products and its team, as well as quickening growth in the worldwide market.

Surrogate.tv is a gaming organization offering playing with real-life robotics, toys, vehicles, and much more; over the web. These experiences are empowered through Surrogate’s real-life game engine and streaming suite titled SurroRTG. The company received a Seed funding of US$1.6 million. The funding round was led by Rooks Nest Ventures along with the participation of PROfounders Capital.

EarthSense raised grant funding of US$750K by the National Science Foundation. The absence of skilled labor in agriculture has led to an over-dependence on capital intensive machinery, synthetic chemicals, and simplified agricultural practices. This has led to the assortment of awful impacts from current agribusiness including on the environment, food quality, and farmer profitability. What’s more, the expanding unusualness of climate and regular extraordinary climate events are harming our capacity to provide the growing global population with food security.

To address these issues, EarthSense has built up an agricultural robotics and AI platform with three key applications (1) building up the next generation of progressively profitable and manageable yields, (2) helping producers get significant knowledge from their fields, and (3) overseeing issues like herbicide safe weeds.

The company received its Pre-Seed funding of US$500K. Copperstone enables huge mining organizations to oversee liabilities and security costs related to their tailings lakes. They do this by building specialty field robots called HELIX that can get to their tailing lakes in a manner never seen before. HELIX carries sensors or sampling payloads to a tailings lake, keeping individuals out of damages, lessening costs and improving efficiencies for their customers.

Youibot received its latest Seed funding of an undisclosed amount. The round was led by ZhenFund along with the participation of HAX and C&I Capital. Youibot has explored and created autonomous mobile robot platforms independently, in view of the most recent generation of laser radar and real-time SLAM map creation and navigation technology. Furnished with indoor and outside robot navigation framework with core technology advantages, Youibot gives domestic first-class intelligent mobile robot systems and highly competitive industry solutions.

The company raised its Seed funding of $150K from Y Combinator. Teleo has some expertise in changing over existing fleets into remote-controlled robots. It empowers administrators to control machines from miles away, in a flash exchanging among machines and across places of work. Teleo expands the administrator’s productivity, upgrades crew safety, and features advanced Jobsite insights.

Cobalt Robotics, a Palo Alto, Calif.- based maker of indoor security robots, got $13 million in Series A financing. Sequoia drove the round, with investment from the Founders Fund, Storm Ventures, Promus Ventures, and Bloomberg Beta, among others. Cobalt said it intends to utilize the robot funding to venture into new urban communities, expand its engineering and operations teams and carry the framework to new markets.