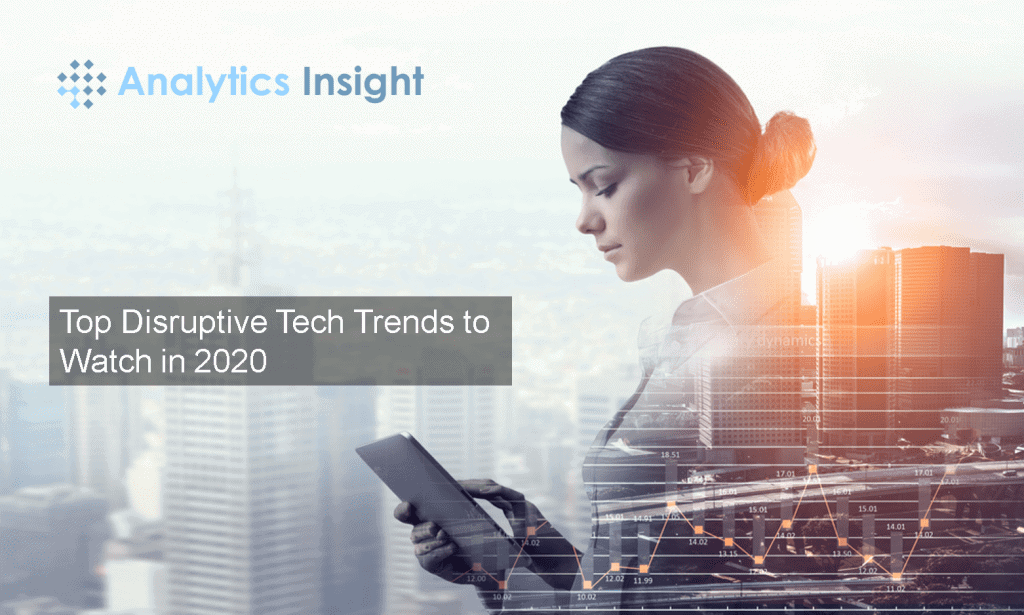 The pace of advancements in technologies is increasing at an unprecedented rate. This rapid change is largely fuelled by the democratization of innovation as cutting-edge technologies like cloud computing is providing modern companies access to new disruptive technologies. They have a lot to offer to an organization in an effort to transform its traditional business processes, advancing efficiency and leading to competitive advantages at the same time.

Since the world now stands on the fourth industrial revolution, disruptive technology is also evolving faster than ever. And it has become fundamental to business growth where companies need to implement this strategically.

Here are the top disruptive tech trends to watch in 2020 that will drive the business processes to the next level.

Edge computing is a distributed computing paradigm, which transforms the way data is being handled, processed and delivered from millions of devices around the world. It brings computation and data storage closer to the source of data or the devices where it is being collected in order to lessen latency and bandwidth use. The technology was developed owing to the exponential growth of IoT devices, which is linked to the internet to either receive information from the cloud or deliver data back to the cloud. So, to support all those devices, substantial amounts of computation will have to be moved to the edge as IoT devices produce a vast volume of data during the course of their operations.

Human augmentation generally refers to technologies that aim to enhance human abilities and productivity. The field of human augmentation basically consists of things like physical augmentation, from prosthetics to AR glasses and RFID tags infused within people. It is an interdisciplinary field that addresses methods, technologies and their applications for improving sensing, action and cognitive abilities of a human. And this is achieved through sensing and actuation technologies, fusion and fission of information, and artificial intelligence. Wearable interactive technology is an essential component in enabling human augmentation as it offers seamless integration with the physical and digital world.

Hyperautomation is the application of advanced technologies like artificial intelligence and machine learning to bolster workers and automate processes in a more impactful way. It encompasses the automation of anything capable of being automated. It also allows organisations to automate more tedious and complex work. Hyperautomation is not simply imitating how tasks are performed with robotic process automation. It involves multiple tools in the symphony, such as RPA, intelligent business management software and AI, with the goal of increasingly AI-driven decision making. A key attribute of hyperautomation is its ability to loop humans into the process.

The democratization of technology typically refers to the easy access of technical domain to everyone, regardless of their profession and place. Previously, patents dominated the technology industry and it was hard for anyone to replicate someone else’s work. But now new-age technologies and enhanced user experiences have empowered those outside of the technology industry to access and utilize technological products and services. Mainly four key aspects of the democratization of technology are predicted to make big changes in years to come which include application development, design, knowledge, and data and analytics.

The field of autonomous things is a new emerging landscape in technological developments. Autonomous things, which encompass drones, robots, ships and appliances, make use of AI to perform tasks that are typically complemented by humans. It is anticipated that the first mass-deployment of this disruptive technology will be the self-driving cars, which is expected to come to the real world by around 2020. Conversely, other expectations include home robotics that will provide care for the elderly, infirm or young populace; and military robots for air, land or sea autonomous machines with information-collection or target-attack capabilities.

Does the sanity of world’s beautiful lakes lie in the virtual grip of Artificial Intelligence?

8 Big Data Events to Attend from May to December 2019