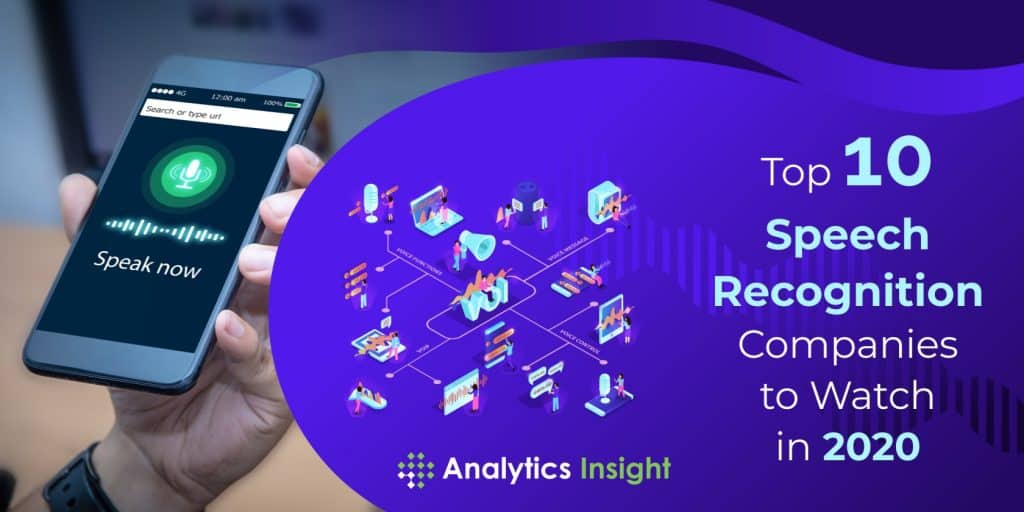 Voice recognition market is estimated to reach US$31.82 billion by 2025

Technology is invading in every sector. New inventions, innovation and devices are making life easier for everyone. Voice recognition technology is one such amazing initiative to look for in the growing innovation era.

Voice recognition also known as speech recognition, is a computer software program or a hardware device with the ability to receive, interpreting and understanding voice and carry out commands. The technology unravels the feature to easily create and control documents by speaking, with the help of technology.

Voice and speech recognition features authorize contactless control to several devices and equipment that deliver input for automatic translation and generates print-ready diction. Voice commands are replied through speech recognition devices. According to a report by Grand View Research, Inc, the global speech and voice recognition market size are estimated to reach US$31.82 billion by 2025 with a CAGR of 17.2% during the forecast period.

The growth of the overall market is primarily driven by factors such as rising acceptance of advanced technology espoused with increasing consumer demand for smart devices, a growing sense of personal data safety and security, and increasing usage of voice-enabled payments and shopping by retailers.

The demand for related devices like voice-activated systems, voice-enabled devices and the voice-enabled virtual assistant system is also expected to spike with the growing invasion of speech-based technology in diverse industries. The major adoption is observed in the banking and automobile sectors. The reason behind this is to counter fraudulent activities and enhance security by embracing voice biometrics for authentication of users. It is expected that the growing Artificial Intelligence (AI)-based systems will trigger the market soon.

The Massachusetts based company features Nuance recognizer for contact centres, a software that consistently delivers a great consumer service experience while improving self-service system’s containment rate and Dragon Naturally Speaking that creates documents, spreadsheets and email simply by speaking. The company is a partner with 75% of fortune 100 companies and around thousands of healthcare organisations.

Google’s mother company Alphabet was founded in 1998. Google provides a variety of services ranging from search engines, cloud computing, online advertisement technologies, and computer hardware and software. The California headquartered company is a global pioneer in internet-based products and services. Currently, the good-for-all company is stepping into the speech recognition market. It provides a service to convert speech-to-text feature which accurately converts speech into text using an API powered by Google’s AI technology. Google has strong network coverage with 70 offices in 50 countries across the globe.

Apple, Inc is a California headquartered company that is involved in sectors like manufacturing, marketing and selling mobile phones, media devices and computers to consumers worldwide. Apple was found in 1977. The company sells its products and services mostly through direct sales force, online and retail stores and through third-party cellular network carriers, resellers and wholesalers. The Apple speech recognition process involves capturing audio of the user’s voice and sending data to Apple’s servers for processing.

Microsoft Corporation found in 1975 is a pioneer as a technology company. The Redmond, Washington headquartered company is known for its software products that mainly include Internet Explorer, Microsoft Windows OS, Microsoft Office Suite and Edge Web Browser. The Microsoft speech recognition used in Windows 10 helps find the user’s voice by the system.

Agnitio was found in 2004 as a spin-off from the Biometric Recognition Group-ATVS at the Technical University of Madrid. The Madrid, Spain headquartered company is a biometrics technology company that uses unique biometric characteristics to verify an individual’s identity. Agnitio speech recognition program for windows lets the user control their computer by using voice.

iFLYTEK headquartered at Hefei, Anhui, China is an advanced enterprise dedicated to research and development of advanced technologies like intellectual speech and language technologies, speech information services, integration of e-governance systems and development of software and chip products. The company was founded in 1999. The market coverage of the company is spread across North America, Europe, Asia-Pacific, Latin America, Middle East and Africa. iFLYTEK speech recognition provides services such as speech synthesis, automatic speech recognition and speech expansion.

Analytics Insight is now on Telegram, do join our Telegram Channel and stay updated with the latest news on disruptive tech.

What Are Different Attributes of NLG Processing?

Warehouses will be Driven by AI-powered Robot Pickers

Hybrid AI: A Success or Failure for Business Process?