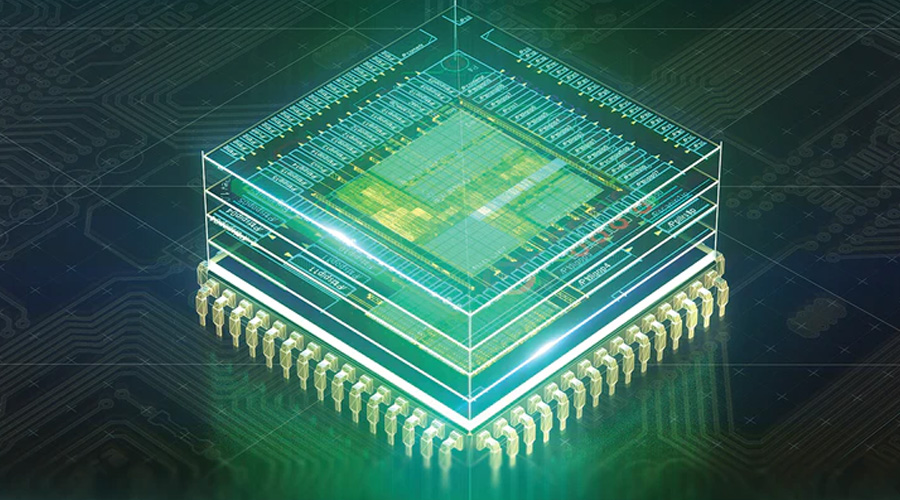 Bernard Marr, a tech futurist and popular keynote speaker on AI, Big Data and other technology, said any discussion of quantum computing feels like a quantum leap into a sci-fi realm. Make no mistake. We are on the cusp of computer technology that defies logic. Today, the transistors in computers are as small as we can make them with existing technology. So, computer innovators began to seek possible solutions at the atomic and subatomic levels in a field known as quantum computing. Industry leaders are racing to develop and launch a viable quantum computer and make it commercially available. Quantum computers would provide the computing power required to solve problems that are currently intractable for classical computers—at least in a timeframe that’s practical.

Therefore, we have enlisted the top 10 Quantum Computing Companies of 2020 that are excelling in this arena.

In response to predicted demand for quantum services, software companies are developing hardware-agnostic quantum platforms and applications. Accenture Labs is monitoring the quantum computing ecosystem and collaborating with leading companies such as Vancouver, Canada-based 1QBit. 1QBit is a software company dedicated to building development tools and software to solve the world’s most demanding computational challenges. The company’s platforms enable the development of hardware-agnostic applications that are compatible with both classical and quantum processors.

Aliyun, Alibaba Group’s cloud computing subsidiary, and the Chinese Academy of Sciences (CAS) had signed a memorandum of understanding (MoU) in Shanghai to co-found the Chinese Academy of Sciences – Alibaba Quantum Computing Laboratory (the Laboratory). The new research facility aims to take the study and applications of quantum theory to the next level, heralding new technologies and platforms for information security, connectivity, and computing.

Under the terms of the MoU, the Laboratory will conduct pioneering research in quantum theory with a view to discovering ground-breaking security techniques for e-commerce and data centers, as well as to enhancing computing performance. Both parties will jointly promote the research, development, dissemination, and application of quantum computing to lay a strong and stable technical foundation for China to push the envelope on quantum computing.

Jian Wang of Alibaba Group said, “This investment in the development and application of quantum computing reflects the scale and clarity of our long-term vision to collaborate with partners in an ecosystem model towards the sustained development of the economy and society. New discoveries in information security and computing capacity based on quantum computing could be as significant in the future as big data technologies are today.”

Amazon Braket is a fully managed service that helps you get started with quantum computing by providing a development environment to explore and design quantum algorithms, test them on simulated quantum computers, and run them on your choice of different quantum hardware technologies.

Amazon Braket helps provide a service that lets developers, researchers, and scientists explore, evaluate, and experiment with quantum computing. Amazon Braket lets you design your own quantum algorithms from scratch or choose from a set of pre-built algorithms. Once you define your algorithm, Amazon Braket provides a fully managed simulation service to help troubleshoot and verify your implementation. When you are ready, you can run your algorithm on your choice of different quantum computers, including gate based superconductor computers from Rigetti, quantum annealing superconductor computers from D-Wave, and ion trap computers from IonQ. To make it easier to develop hybrid algorithms that combine classical and quantum tasks, Amazon Braket helps manage classical compute resources and establish low-latency connections to the quantum hardware. With Amazon Braket you can explore quantum computing, evaluate its potential, and build expertise for the future.

The AT&T Foundry innovation center in Palo Alto, California has joined the California Institute of Technology to form the Alliance for Quantum Technologies (AQT). The Alliance aims to bring industry, government, and academia together to speed quantum technology development and emerging practical applications.

This collaboration will also bring a research and development program named INQNET (INtelligent Quantum NEtworks and Technologies). The program will focus on the need for capacity and security in communications through future quantum networking technologies.

‘Atos Quantum’, the first quantum computing industry program in Europe, was announced in November 2016. Its aim is to anticipate the future of quantum computing and to be prepared for the opportunities and also the risks that come with it: opportunities such as superfast algorithms for database search, artificial intelligence or discovery of new pharmaceutical molecules – and risks such as the collapse of asymmetric cryptography. This global program aims to develop quantum computing solutions to understand the change in paradigm that quantum brings in the way algorithms are developed, but also to learn how to enhance cybersecurity products to anticipate quantum advantage and its impact on cryptography.

Atos’ position as a leader in security and High-Performance Computing, together with its experience and expertise, provide a solid base from which to launch ‘Atos Quantum’. Atos’ ambition is to be a quantum player in two domains: quantum programming and simulation platforms and, later, next-generation quantum-powered supercomputers, as well as quantum-safe cybersecurity.

Baidu has launched its own institute for quantum computing dedicated to the application of quantum computing software and information technology. The Baidu Quantum Computing Institute is headed by Professor Duan Runyao, director of the Centre for Quantum Software and Information at the University of Technology Sydney (UTS).

During the launch, Professor Duan said that his plan is to make Baidu’s Quantum Computing Institute into a world-class institution within five years, according to local media. During the next five years, it will gradually integrate quantum computing into Baidu’s business. Duan will report directly to Baidu president Zhang Yaqin.

Google AI Quantum is advancing quantum computing by developing quantum processors and novel quantum algorithms to help researchers and developers solve near-term problems both theoretical and practical. The company thinks quantum computing will help it develop the innovations of tomorrow, including AI. That’s why it is committed to building dedicated quantum hardware and software today. Quantum computing is a new paradigm that will play a big role in accelerating tasks for AI. We want to offer researchers and developers access to open source frameworks and computing power that can operate beyond classical capabilities.

Moreover, Google had officially announced in October 2019 that it has achieved quantum supremacy in a new article published in the scientific journal Nature. The announcement comes exactly one month after it initially leaked when Google’s paper was accidentally published early.

IBM Quantum is the trusted partner to help you start your quantum journey and prepare for the era of quantum advantage. You can discover early use cases, equip your organization with practical quantum skills, and access world-class expertise and technology to advance the field of quantum computing. It is your most passionate collaborator to advance foundational quantum computing research that will make a real-world impact. Work with the best experts across experimentation, theory, and computer science and explore new possibilities in the field of quantum computing.

IBM Quantum helps you be the first to explore, define, and benefit from the rapidly approaching age of quantum computing. As a fundamentally different way of computation, quantum computing could potentially transform our businesses and societies.

Work by Intel® Labs on quantum computing draws on ongoing internal research, paired with collaborative relationships and investment across global academia and industry, as well as Intel’s leadership in silicon fabrication techniques. Research has been ongoing for decades, growing from a theoretical level with thought experiments throughout much of the 20th century, with the first functional hardware components for quantum computing developed only in the past several years.

Research at Intel® Labs has led directly to the development of Tangle Lake, a superconducting quantum processor that incorporates 49 qubits in a package that is manufactured at Intel’s 300-millimeter fabrication facility in Hillsboro, Oregon. This device represents the third-generation of quantum processors produced by Intel, scaling upward from 17 qubits in its predecessor.

Microsoft’s Azure Quantum is a diverse set of quantum services, ranging from pre-built solutions to software and quantum hardware, providing developers and customers access to some of the most competitive quantum offerings on the market. And for developers, we’ve created the open-source Quantum Development Kit, which has all of the tools and resources you need to start learning and building quantum solutions today.

Azure Quantum is the world’s first full-stack, open cloud ecosystem that enables quantum impact today. Together with our partners, we’re assembling the industry’s most diverse selection of quantum solutions, software, and hardware in Azure. Azure Quantum is a single, lasting experience that enables customers to write one code that connects to any hardware advancements that come along—classical computers, quantum hardware from our partners, or our own quantum system built on the foundation of tomorrow’s revolutionary topological qubit.