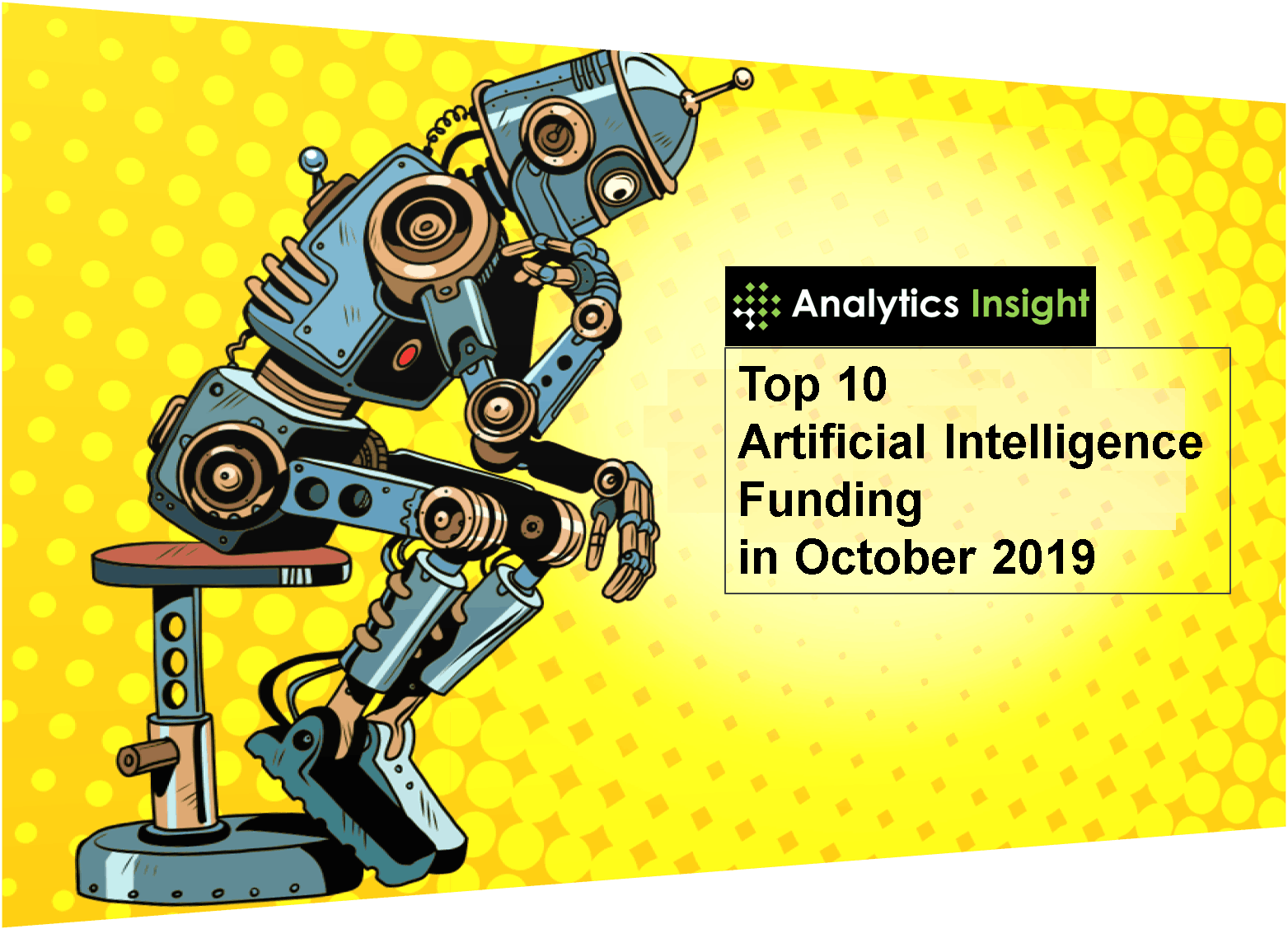 Artificial Intelligence has already become a widespread technology, solving a large number of tedious tasks of enterprises. Looking at its capabilities, this year marked the biggest year in funding for AI ventures yet. The Q2 of 2019 saw a total investment of US$7.4 billion in AI startups, largely going to transportation and healthcare companies.

Let’s have a look at the top 10 AI investments that took place in October 2019.

Brightfield, a New York City-based AI and Big Data analytics company, optimizes contract labor spend and program performance for employers, MSPs, and staffing firms earlier this month received US$53 million in early-stage funding round. With this fund, the company plans to fuel its market expansion and the continuing development of its platform, Talent Data Exchange (TDX).

Based in Washington, DC, Aurora Insight is a startup that assists businesses to deploy, optimize, and leverage next-generation wireless with the first dynamic map of connectivity and the radio spectrum using AI along with data from sensors on satellites, vehicles, buildings, aircraft, and other objects. With securing US$18 million in series A funding, an aggregate amount that reaches back to its founding in 2016 and covers both a seed round and Series A.

Osaro, a San Francisco-based startup building AI-based solutions for industrial robots, raised US$16 million in Series B funding round led by King River Capital (KRC), with participation from Alpha Intelligence Capital, Founders Fund, Pegasus Tech Ventures, among others. This funding round brings the startup’s total funding to US$29.3 million, following a US$10 million of Series A in April 2017.

Infimind is a Beijing, China-based Clothing-focused AI startup. With massive fashion data, international leading computer vision algorithms and engineering capabilities, and with the vision of ‘fashion for good’, the company is committed to making fashion more cool. The startup has closed its Series A round, with bagging RMB 100 million (US$14 million) from lead investor Sequoia Capital China and Tuling Capital.

Activ Surgical is a digital surgery company focused on improving surgical efficiency, accuracy, patient outcomes, and accessibility. Its scalable and patent-protected surgical software platform is driven by computer vision, AI, analytics and machine learning to improve a surgeon’s intra-operative decision making, and lessen unintended and preventable surgical complications. The company has raised a total of US$25.4 million in funding over 3 rounds.

Naborly, a San Francisco-based, Y Combinator-backed startup using AI to validate prospective tenants’ identity, income, and employment status, bagged US$7.5 million in seed funding. The company benefits property managers and real estate professionals by not only giving them access to better screening data and tools but by automating the tedious work of performing tenant due diligence.

Fireflies is a B2B-focussed and AI-based mobile communication startup, based out of Hyderabad and San Francisco. Founded by the University of Pennsylvania alumnus Ramineni, the company uses a voice-based AI assistant for meetings on phone calls and brings assistant like note-taking features. Recently, Fireflies raised US$5 million in a seed round to grow its machine learning and engineering ranks.

Diligent Robotics, an Austin, TX-based robotic company, builds AI-powered robot assistants that perform humans’ routine tasks. Moxi is the first commercial robot of the company that helps clinical teams with their routine, non-patient facing tasks so they have more time for patient care. Diligent Robotics has received a total of US$5.8 million in funding over 3 rounds.

Big Data: Its Impact and Significance