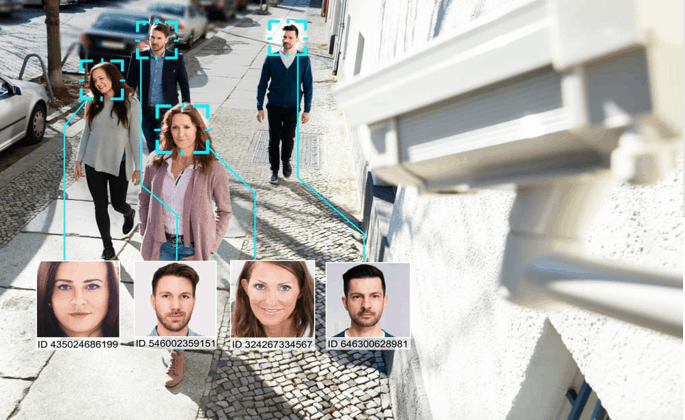 Facial recognition (FR) is enjoying a positive reception and widespread application these days. Enterprise, law enforcement and consumers are adopting FR to facilitate everything from administrative tasks, arresting suspects and unlocking cellphones. Although statistics that show law enforcement benefiting from employing facial recognition are still fresh, and typically center on petty criminals to date, many airports all over the world (but notably in the US) are also employing the technology for security and ease of boarding purposes.

Sold to customers on the back of improved boarding speeds, airports are ideal venues to witness the facial recognition-enhanced consumer experience, while merging it with security concerns. Recent developments in the US, however, have given others cause for concern. With the legalities of FR still a novel arena, but one that contains the complete elimination of personal privacy on a whole new level, the speed of FR’s roll out is alarming a great many people.

American police officers have begun employing live facial recognition in their bodycams, a move authorities insist will aid police in their tasks and eliminate human error. That a prime supplier of the tech – Wolfcom – is also a shady wannabe unapologetically pushing the tech out into the marketplace, provides a classic example of all that people fear when FR is seen as simply business as usual. From having rapidly lost the right to anonymity in any public domain, it now seems that citizens will have intelligent camera cops pushing their way into their homes too.

FR in security and law enforcement is still an aid, not a primary system, and when employed as a fail-safe, it can add legitimate value to enterprise and police forces alike without impinging people’s rights. When pushed as a flawless system simplifying policing, however, then bugs in the system, human error, as well as fundamental human rights and all attendant legal implications can become badly blurred.

The technology is hard to regulate at this stage, as “aiding recognition” sounds logical, smart and one-dimensional. Concerns surround whether any entity – either state or private – is obliged to disclose that it is employing facial recognition on their premises or elsewhere. Further, the extent to which surveillance agencies extrapolate data to glean a complete and literal picture of someone is for many consumers already obnoxious. Although pitched as aiding the consumer experience (FR could very well supersede device tracking as the prime protocol for Beacon Technology), it’s a technology that needs delicate handling to avoid trampling on people’s rights.

One venue where everyone seems to benefit from FR application is the modern workplace. To date, FR has largely facilitated tighter access and security of data and protocols in business. Importantly, staff typically feel safer when FR is being employed to grant access to work premises, especially in the US. Business is discovering that having a technology partner deploy FR across both white collar and industrial work spaces often results in eliminating tedious work, while also elevating the workers’ experience of security and cohesion.

Indeed, there has never before been a time of such enabling choice for business when it comes to tech application. FR is a touchy subject for those who imagine it applied anonymously, although it’s interesting to note that those who employ it in their workspaces for access and protocol authority typically experience it as empowering and facilitating. The technology is decades old, but has seen new application in mobile devices as a secondary protocol, photo apps, and of course the security arena.

Facial Recognition is surveillance that knows who you are

The city of London is, for better or worse, something of a trailblazer when it comes to surveillance cameras aiding law enforcement as well as overall urban management. Argentina’s Buenos Aires has seen millions of people living under live facial recognition surveillance for some time now – something civil rights groups are monitoring closely – while many American cities have bought into FR technology. Facebook and other platforms are steadily building their FR capacity, now that voluntary interaction with FR is rising. The technology has also given rise to counter measures that have morphed into fashion.

Wearing head adornments that are positioned like spectacles can thwart AI’s ability to recognise you, and it’s also becoming de rigueur trendwear. Polish designer Ewa Nowak has made waves with an FR–thwarting headpiece, while researchers are also investigating how makeup can cancel out the technology.

A rising topic on social media, foiling FR algorithms has become a novel arena with some surprising results. Researchers have identified that “pixel level changes” to images can throw FR and foil identifying individuals. It’s a pas de deux right now, as each new advance in FR is investigated and often countered by developers. That said, the technology is growing apace – the US military establishment is currently using sophisticated infrared FR that can identify individuals from far away and at night. Advanced military forces around the world already employ FR on the battlefield, but identifying people at night, from far away, takes modern warfare to new levels of scary.

On the consumer end, it’s likely FR will be a mainstream shopping, banking and overall living experience within a very short space of time. Benefits of FR abound – it’s not all spooky news – and in conjunction with Amazon Rekognition, agencies are delivering tools like Traffic Jam, which can identify and then assist victims of human trafficking wherever they appear. Millions of records can be flipped through in minutes, whereas investigators previously had to sift through individual case files.

Money matters are getting a shakeup in some unlikely places too, thanks to FR. A West African-based digital banking app requires no further identification of users other than smiling for the camera, and near-future consumers all over the world are likely to be recognised, greeted and facilitated by AI cash dispensers – android ATMs that know who you are!

Who is Leading the Future Market of Augmented Reality?