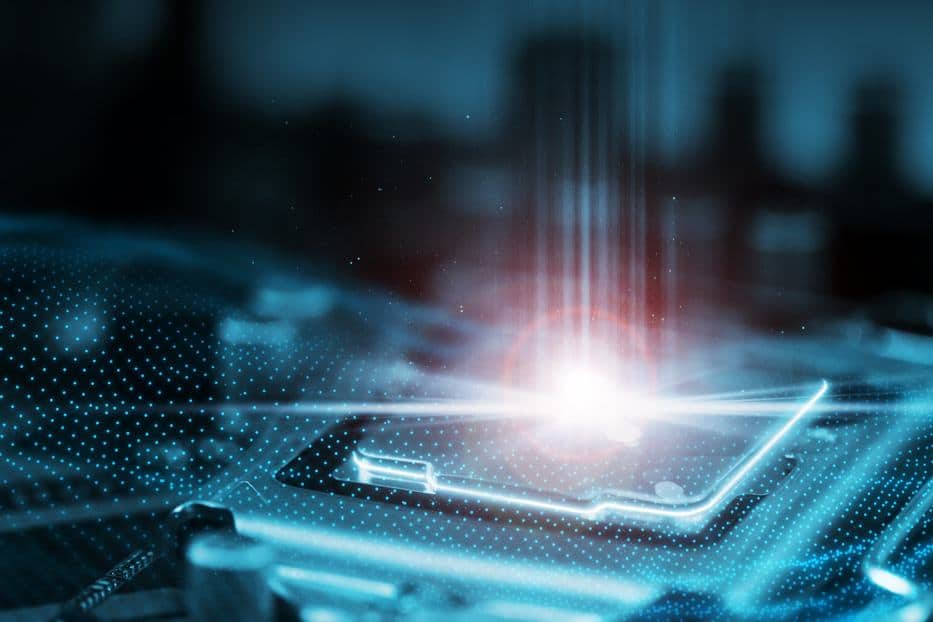 Being so tiny, silicon-based transistors bump up against the laws of physics. Therefore, these can no longer keep up with manufacturing techniques. This indicates the upper limits of Moore’s Law, which posits the number of transistors on a microprocessor and its computing power can grow double every two years. But that does not mean that the era of exponential tech-driven change is coming to a screeching halt.

Like gravity or the conservation of energy, Moore’s Law has never been an immutable fact. It has become more of a self-fulfilling prophecy. It set expectations for chip makers to meet, and so did they.  It aided stoke the world’s insatiable hunger for more and more computing power. And that demand will not disappear because we have taken silicon-based microprocessors up about as far as they can go. Thus we now need to explore new ways of packing more into smaller spaces.

Transistors that are made from materials other than silicon are shaping the future of computing. This is being amplified by methods that have nothing to do with transistor speeds. These include deep-learning software and the ability to encourage crowds of additional computing power to create quantities in distributed supercomputers, which may even redefine computing itself.

Some of the landmarks on the new frontiers of computing are as followed:

Graphene is one of the carbon-atoms. It is thick and more conductive than any other material. For instance, The Super Materials Revolution– can be rolled up into small tubes and combined with other 2D materials to move electron faster than usual, in dedicated less space and using less energy than even the tiniest silicon transistor. Until recently, producing nanotubes has been messy and prone to several errors before being commercially feasible. However, a team of MIT researchers in 2019 developed a process to create a 15-bit carbon nanotube microprocessor, which successfully exhibited a set of instructions to print out a message beginning with Hello, World! The process terminated enough defects in the nanotubes, and it is expected to use in factories in less than five years.

Even the most potent conventional computer is capable of only assigning a zero or one to each bit. By contrast, quantum computing uses quantum bits or qubits, whose value can either a zero or a one. In some cases, it can be both at once or in between or all simultaneously. Today’s quantum computers are loud and not reliable. However, in the coming 10 to 20 years, they will aid us in designing new materials and chemical compounds to create unhackable channels of communication. These will protect everything from financial transactions to troop movements in the future.

This Technology aims to create a computer that mimics the architecture of the human brain to achieve a problem-solving level like a human’s and probably even cognition at some point while requiring millions of times less energy than a traditional transistor. Although we haven’t reached there yet, in early 2020, Intel rolled out a new server based on neuromorphic chips that claim to have roughly the same neural capacity as a small mammal’s brain. In recent developments, a team of international researchers has linked artificial and biological neurons to communicate like a natural nervous system except one that uses internet protocols.

Converting data to base 4, one can encode it on synthetic DNA. We would want to it merely because we are already proficient in sequence (read), synthesize (write), and copy DNA. A little bit of it preserves a vast of information. Some researchers believe meeting the world’s entire data storage requires a year with a cubic meter of powdered e. coli DNA. It’s remarkably stable as scientists who successfully used a scrap of bone to reconstruct the genome of a cave bear that died 300,000 years ago approved it. DNA based-data storage as a service is just a few years away as nobody will possibly invest in his/her own gene-editing tools.

Usage of photons can map data onto light-intensity and then vary the light intensity to perform calculations, which is still in its earliest stages. However, it could enable high-efficiency, low-power processing, and data transmission. Therefore, optical computing at nanoscale would be possible at the literal speed of light.

Every computer that is idling in sleeping mode or does not have the full operating capacity has to compute cycles that can be applied to other things. A client runs in the background, enables a computer to download workloads from a remote server but performs calculations locally and uploads the output back to the server. An example of the distributed model is Folding@home, which includes protein molecules to find cures for diseases like cancer, Alzheimer’s, and even COVID-19. Nearly 750,000 participants have enrolled in this project. With 75% of the projected speed of the EI Captain supercomputer, it is expected to come out in 2023 as the world’s fastest telecommuter supercomputer.

Perhaps we are approaching the limits of what silicon chips are capable of, but Technology itself is still accelerating. Refraining from being the driving force in modern life is unlikely. Its influence will be increasing as new computing technologies push robotics, nanotechnology, artificial intelligence, machine-to-human interfaces, etc. cross today’s accepted limits.

In other words, exponential growth in computing may be unable to continue forever, but its end is still much far than we might imagine.

What Capabilities a Cloud Machine learning Platform should have?

How Machine Learning Will Improve Education in the Future

Why Ethical Data Management and Its Legitimate Governance Is Need of The Hour?