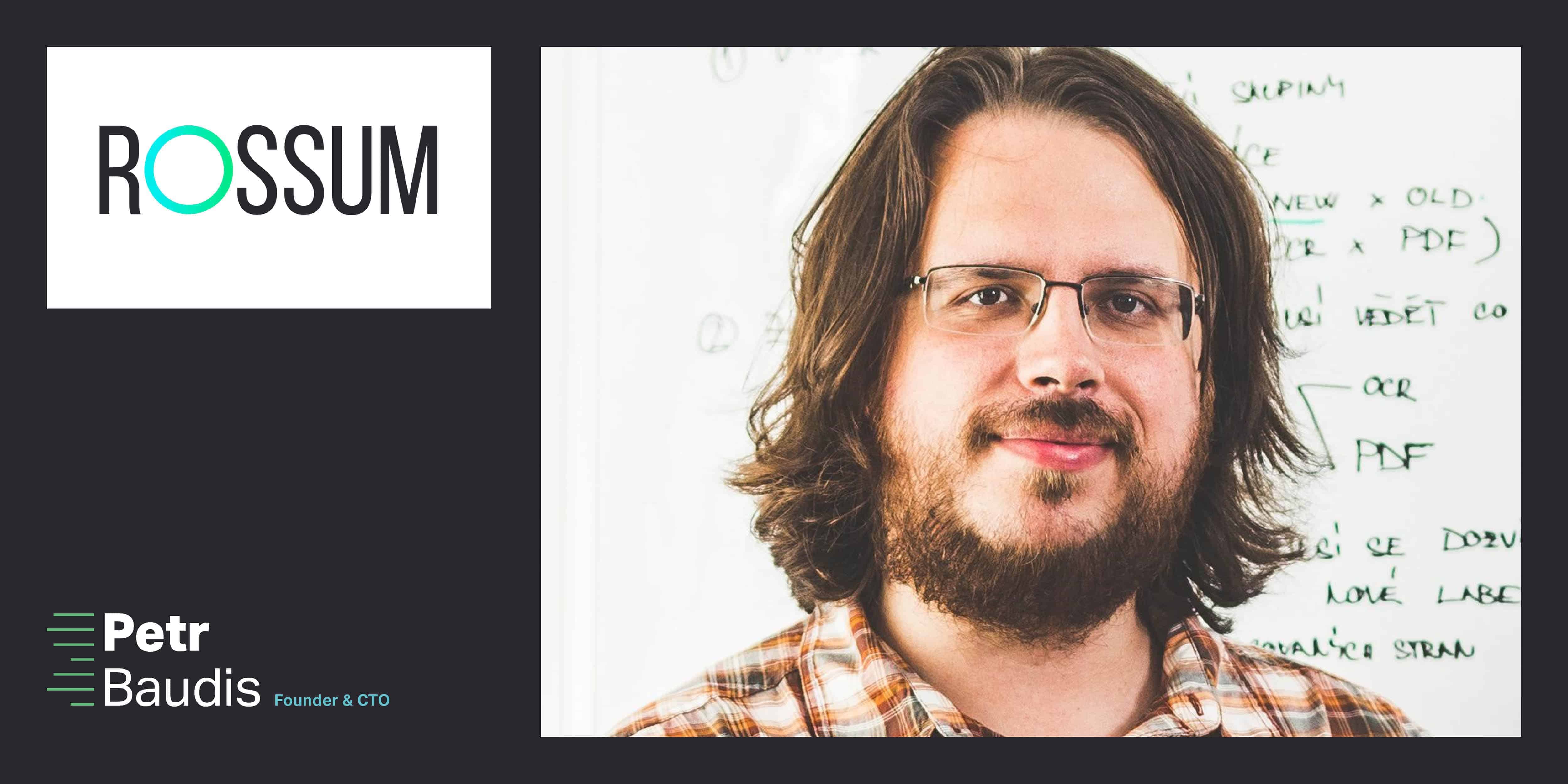 Rossum aims to help business processes that are spending time manually typing data from a page to a computer form. The company is most helpful to enterprises where whole dedicated teams toil away at manual data entry from business documents.

Rossum’s end-to-end data capture solution brings massive time savings to the manual data entry processes by speeding them up 6x-10x. Importantly, it can be implemented rapidly, without major costs which can be experienced with a free trial. The company’s secret to achieve this is its unique technology, with an AI engine at its core that works like magic straight out of the box. The other ingredient is its extremely streamlined user interface, which does not allow just quick validation but also teaches AI by example rather than by manual configuration. The company delivers it as a cloud-based solution but has designed it to let individual users customize it completely.

The company believes that merely making good on these promises and letting anyone try it on their own right makes Rossum the unequivocal leader in the cognitive data capture space, but the company also welcomes anyone to make up their own mind!

Rossum is founded by three Artificial Intelligence scientists who were looking for bleeding-edge applications of their research and realized that every single day, more than 100 human lifetimes were spent worldwide retyping information contained just in invoices. Thinking that’s completely crazy, Rossum-a larger team by now is now working to liberate millions of people from similar boring and repetitive work and create a world free of manual data entry.

A Dynamic Leader, and an Inventor

Petr Baudis is the Founder and Chief AI Architect of Rossum. He co-invented Rossum’s unique AI engine.  Prior to Rossum, he led several AI research and deep learning projects, publishing e.g. one of the main predecessors to DeepMind’s AlphaGo.  Petr’s past exploits include working with Linus Torvalds as one of the founding developers of Git and leading many other open-source projects. Among other recognitions, he has been named one of Financial Times’ New Europe 100 Challengers.

Valuable Contribution to the Automation Industry

Many back office workflows involve handling of documents through which businesses exchange any complex information. And too many RPA workflows eventually hit a roadblock which is the critical step of transforming the digital but unstructured document to actionable data. And that is where Rossum comes in. But unlike some makeshift alternatives, Rossum’s solution is tuned like clockwork to balance an agile deployment, the automation curve over time and long-term strategy for exception handling. None of it feels like an afterthought and every Rossum project picks the right balance to deliver maximum client value while the best integrators can get it ticking in hours.

The advent of deep learning with platforms like Rossum is incredibly disruptive, but requires advanced expertise, or simply major integration labor, to reach regular users at the enterprise. The company sees RPA as the perfect second half of this disruption equation. RPA essentially democratizes the new deep learning technologies like Rossum and makes it surprisingly easy to hook them into real business processes.

Rossum’s core identity lies as an Artificial Intelligence company, and it prides in its large in-house AI research team. The company does not repackage existing advances from the academia but invents a completely proprietary neural network architecture for understanding documents. The company is in a unique position now to solve primary research problems that no one else has tackled and needs them to be solved to provide better value for its users.

Not every company should have its own scientific AI team. But Rossum believes every company can be served with its core values – a relentless focus on data and fast learning within the organization. Because its ultimate goal is to always be truthful about how well the company is serving its customers and its ecosystem.

Rewards and Recognitions for Proven Excellence

Rossum’s clients include multinational enterprises ranging from Siemens to Cosco Shipping, besides numerous SMEs seeking to automate their AP process as well as software vendors implementing cognitive data capture capability in their product. However, some of Rossum’s most valuable partners are RPA integrators, from specialists such as Openbox to global consultants like EY.

Rossum’s common core goal lies in human labor reduction. That is why years back, the company became one of the earliest official UiPath partners. And that is the kind of shout the company would love to hear the most from its successful clients. Rossum’s client, Cushman & Wakefield reported a 70% reduction in man-hours end-to-end for their data capture project, while MolsonCoors toasted Rossum for solving invoice processing of all brands of their company group with a 97.3% overall accuracy.

Petr believes there are two business worlds – inside companies and in-between companies. All RPA providers are well aware of the inefficiencies and opportunities around internal back-office processes. Clearly, the communication between companies is rife with just as many inefficiencies, only they seem much harder to solve.

But any complex communication between companies is mediated through documents, and a data capture problem already awaits at the receiving end right now. This is why the right data capture solution is in a prime position to expand from there and solve B2B communication end-to-end. When successful, this will lead to a dramatically faster clearing, lower costs and minimal error rates. Rossum’s secret plan is to lead exactly this next disruption and usher into a new phase of digital transformation. This only means new exciting times for RPA, which is here to stay and grow, connecting these upcoming communication platforms to all internal systems.