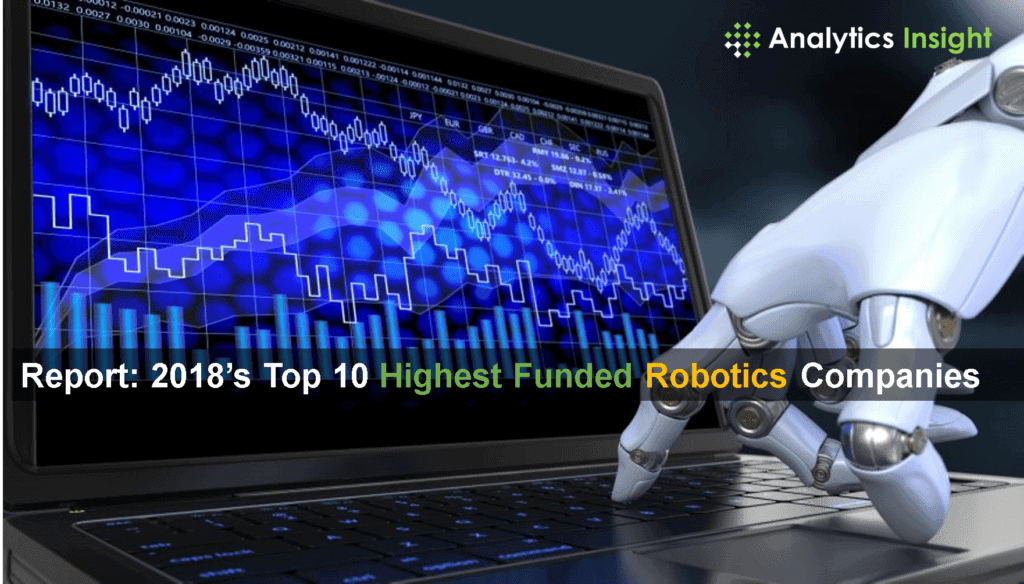 It is just a few days that we have bid a goodbye to 2018, but how was 2018 for Robotic Company investments? Ever wondered?

Well 2018 was a phenomenal year when we talk about investments in the robotics industry, these investments were led by companies which are working on logistics automation, enabling technologies and self-driving cars. So, which are the ones which made it to the coveted list? Here is a sneak peak!!

In early October Cruise Automation partnered with Honda to develop a purpose-built autonomous vehicle for Cruise which can serve a wide variety of use cases and can be manufactured at high volume for global deployment.

PTC, an automation control software provider to the government and industry received an equity funding of $1 billion from Rockwell Automation, the world’s largest company dedicated to industrial automation in June 2018. As part of the funding deal, the two companies have agreed to align their respective smart factory technologies and industrial automation platforms. PTC is a well-established player in both PLM software and CAD software.

UBTech Robotics, a Chinese toy robot builder based in Shenzhen, China raised $820 million in a Series C funding which was announced on May3, 2018. This round was led by Tencent Holdings, with participation from Green Pine Capital, CDH Investments, Telstra, Haier Group and Minsheng Securities. UBTech has raised an aggregate of $940 million to date, and the Series C round brought the company’s valuation to $5 billion. The company said that the money would be used to develop adult-sized humanoid robots and will focus particularly on the R&D of movement control algorithms and servo systems for walking, and computer vision.

JD, China’s second-largest e-commerce provider raised $550 million from Google in June 2018. The Chinese equivalent to Amazon, JD is heavy in the automated logistics business and is also involved in last mile deliveries. JD has just launched 20 mobile robot carts in the Beijing area as a part of its growth spree.

Zoox, based in Foster City, California is a developer of electric, autonomous vehicles for its own ride-hailing service. The company received $500 million in a Series B round led by Grok Ventures in July 2018. With this investment, the company has received a total of $790 million in funding. Zoox’s focuses to deploy all-electric and fully autonomous vehicles by 2020 in the form of its own ride-hailing services.

Ocado, the UK leader based in Hatfield is a British online supermarket specializing in home-delivered groceries deploying robot-run distribution centers. Ocado established a licensing deal with US grocery chain Kroger, the later purchased a 5% stake in Ocado an investment which is valued at $247.5 million on May 17 additional $192.5 million was infused on Feb 6. As a part of the deal, Ocado will help Kroger set up systems to help it manage its online ordering, delivery and fulfilment operations.

Auris Health based in Redwood City, Califonia is the lone healthcare robotics company on the list. In late November 2018, the company closed a $220 million Series E to support its next-generation Monarch robotic interventional platform.

Note: The Funding information as discussed in this post is collected from a number of varied sources including the public and private sources like press releases, conferences and seminars, corporate briefings, association and industry publications. Unverifiable investments are not covered in this post.

Baidu Seeks to Collaborate with Indian Institutes on Artificial Intelligence

Wake Up India! The Robots Are Coming To Fuel the Future