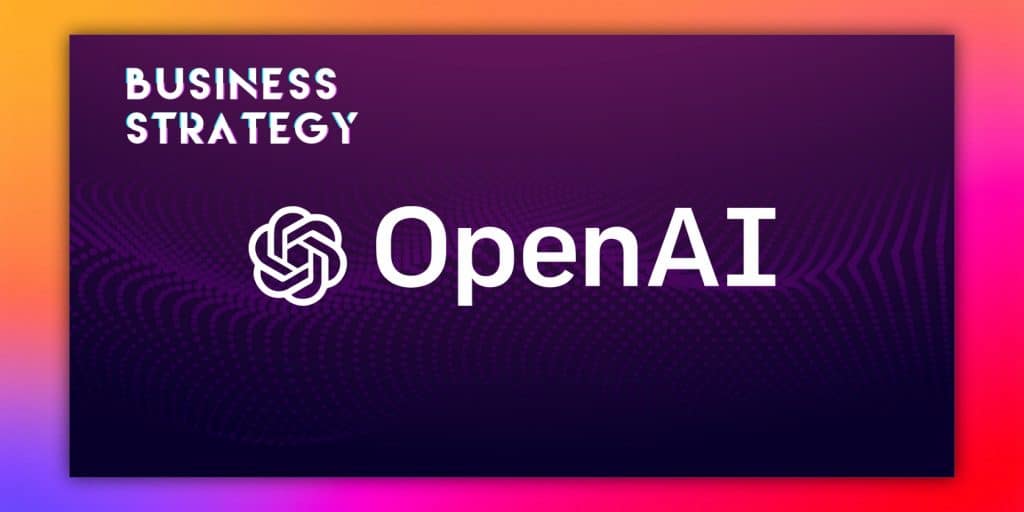 For several years, there has been a lot of discussion around AI’s capabilities. Many believe that AI will outperform humans in solving certain areas. As the technology is in its infancy, researchers are expecting human-like autonomous systems in the next coming years. OpenAI has a leading stance in the artificial intelligence research space. Founded in December 2015, the company’s goal is to advance digital intelligence in a way that can benefit humanity as a whole. Since its research is free from financial obligations, OpenAI can better focus on a positive human impact.

OpenAI’s mission is to be the first to create artificial general intelligence (AGI); not to lead the world, but to ensure that it benefits all of humanity. The company is deeply involved in research and product development. Most recently, it has attracted global media traction for its introduction of GPT-3, an AI program and the largest language model ever made. Launched in August 2020, GPT-3 is the third in a series of autocomplete tools designed by the company. The program has taken years of development, but it is also surfing a wave of recent innovations within the field of AI text-generation.

Prior to this, in June 2020, OpenAI released an API for accessing new AI models. Unlike most AI systems that are designed for one use-case, the API provides a general-purpose “text in, text out” interface, allowing users to try it on virtually any English language task. In April same year, the company introduced Jukebox, a neural net that generates music, including rudimentary singing as raw audio in a variety of genres and artistic styles.

In April 2019, OpenAI created MuseNet, a deep neural network that can generate 4-minute musical compositions with 10 different instruments. This can even combine styles from country to Mozart to the Beatles. MuseNet uses the same general-purpose unsupervised technology as GPT-2, which is the second in a series of GPT and a large-scale transformer model trained to forecast the next token in a sequence, whether audio or text. In the same year in February, the company trained GPT-2 that generates coherent paragraphs of text, achieves state-of-the-art performance on many language modeling benchmarks, and performs rudimentary reading comprehension, machine translation, question answering, and summarization, all without task-specific training. The model was trained simply to envisage the next word in 40 GB of Internet text. GPT-2 is a large transformer-based language model with 1.5 billion parameters, trained on a dataset of 8 million web pages.

In July 2018, OpenAI trained a human-like robot hand, called Dactyl, to manipulate physical objects with unprecedented dexterity. The system was trained entirely in simulation and transferred its knowledge to reality, adapting to real-world physics using techniques the company has been working on for the past few years. Dactyl learns from scratch using the same general-purpose reinforcement learning algorithm and code as OpenAI Five, a multiplayer video game. In August 2017, the company built a bot which beats the world’s top professionals at 1v1 matches of Dota 2 under standard tournament rules. Dota 1v1 is a complex game with hidden information where agents must learn to plan, attack, trick, and deceive their opponents. In the same year in June, OpenAI released a new class of reinforcement learning algorithms, Proximal Policy Optimization (PPO), which performs comparably or better than state-of-the-art approaches while being much simpler to implement and tune. PPO has become the default reinforcement learning algorithm at OpenAI thanks to its ease of use and good performance.

In December 2016, OpenAI introduced Universe, a software platform for measuring and training an AI’s general intelligence across the world’s supply of games, websites and other applications. The platform lets an AI agent use a computer like a human by looking at screen pixels and operating a virtual keyboard and mouse. Prior to this, in April 2016, just a year later of the formation of the company, OpenAI released the public beta of OpenAI Gym, a toolkit for developing and comparing reinforcement learning algorithms. The toolkit comprises a growing suite of environments, from simulated robots to Atari games, and a site for comparing and reproducing results. OpenAI Gym is compatible with algorithms written in any framework, such as Tensorflow and Theano.

With all these year-over-year innovations, OpenAI has established itself as a leading player in the AI research domain. The company’s constant success relies heavily on its ability to maintain and enhance its product and development capabilities.

To augment and strengthen the speed of research in artificial intelligence, OpenAI, in July 2019, received US$1 billion in corporate funding from Microsoft. The funding, which was raised under a multiyear partnership founded on shared values of trustworthiness and empowerment, was said to help OpenAI to build artificial general intelligence (AGI) with widely distributed economic benefits. Through this partnership, the companies will expedite breakthroughs in AI and power OpenAI’s efforts for AGI.

Apart from fundraising, OpenAI has made two investments. In March 2018, the company invested US$2,55,899 (£200,000) seed fund in Optias Systems, an artificial intelligence company, with the mission to build safe AGI and ensure AGI’s benefits are as widely and evenly distributed as possible. In November 2017, OpenAI made an investment of US$3.5 million in Sourceress, an AI recruiter that is reinventing how people find jobs. The company made this investment with lead investors Rouge Insight Capital, Y Combinator, South Park Commons, 10x Group and others.

OpenAI is not alone in AI research and leading the AGI space; it may face competition from companies across the world that are already in this field. For instance, DeepMind, an artificial intelligence company, which builds general-purpose algorithms for use in simulations, e-commerce applications, and games. DeepMind is one of the leading AI research companies in the world, pushing the boundaries of AI to a whole new level. Numenta, a machine intelligence company, which has built a cohesive theory, core software technology, and numerous applications all based on principles of the neocortex. Its deep experience in theoretical neuroscience research has led to incredible discoveries about how the brain works. New Sapience, an AI-driven company, which has developed a unique patented technology, Machine Knowledge (MK). The company has achieved a breakthrough in computing, Modelled Intelligence that is a software technology, providing machines with Computational Knowledge.

Standing strong among its competitors, OpenAI continues to research in artificial intelligence with the mission to ensure that AGI will benefit humanity at large. The company aims to build value for everyone rather than shareholders. It believes researchers will be strongly encouraged to publish their work, whether as papers, blog posts, or code, and its patents will be shared with the world. Above all, OpenAI will freely collaborate with others across many institutions and expect to work with companies to research and

The Assistance of Robotics and AR to Those Having Physical Disabilities