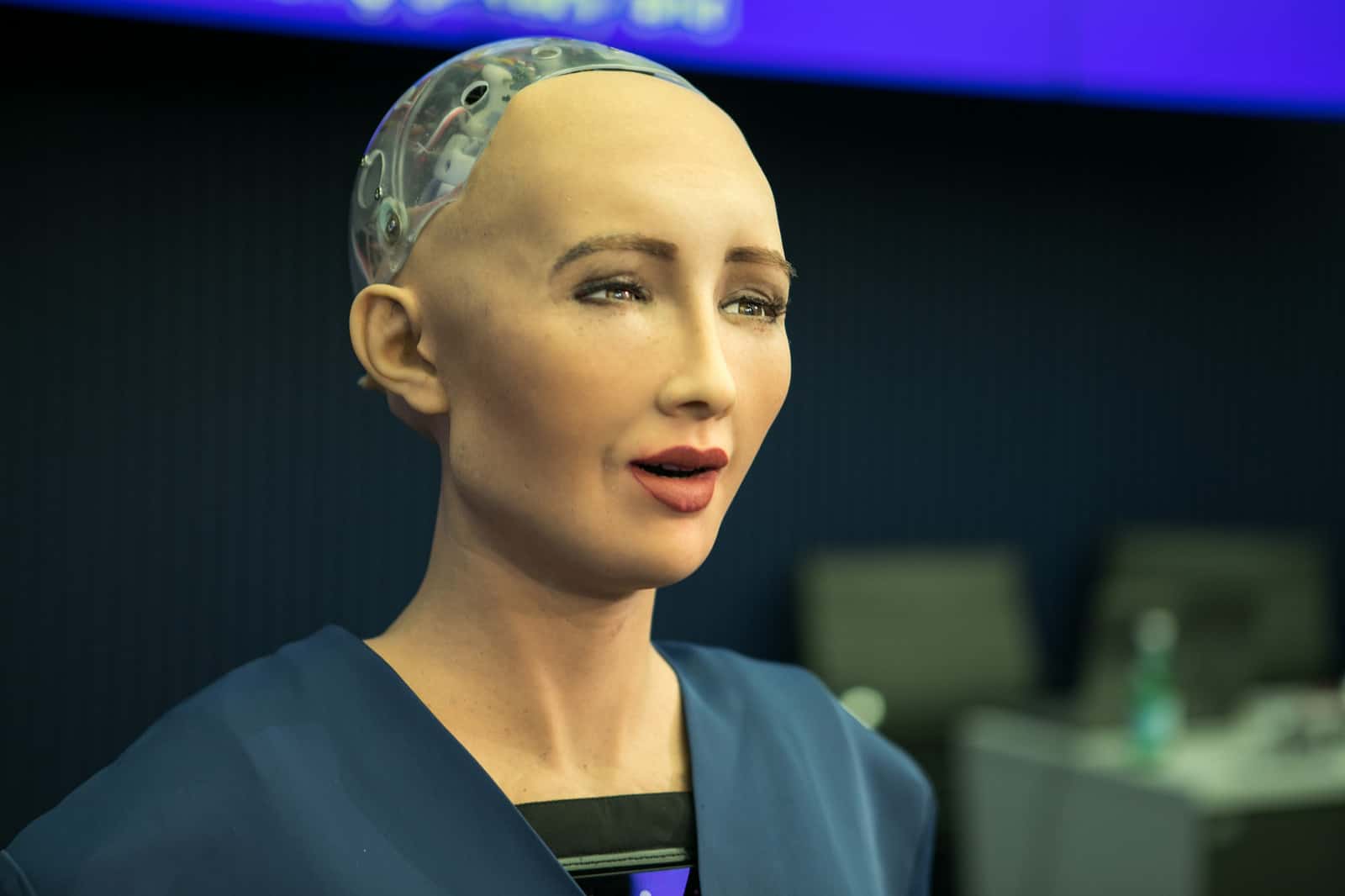 With concerns over the future of human race among the Artificial Intelligence (AI) apocalypse theories, Saudi Arabia becomes the first country to give citizenship to an actual humanoid robot which uses AI. The move has naturally made international headlines. While some have applauded the real-life human-like appearance and behavior of the robot Sophia, mostly, the country has faced backlash and criticism for the act.

Sophia, the humanoid robot, who is modelled to look like Audrey Hepburn is developed by a Hong Kong-based company called Hanson Robots. She is the brainchild of Dr. David Hanson and is known for her human-like appearance and behavior, unlike her predecessors. Sophia has artificial intelligence and is capable of mimicking human expressions and communications. She is also capable of making simple conversations and jokes. As a matter of fact, she once joked about destroying humans when her creator asked if she wanted to do so.

Sophia has featured in magazine covers, appeared in talk shows, starred in a concert and attended many events since she was activated on 19 April 2015. She even beat the famous television host, Jimmy Fallon, in a game of rock-paper-scissors.

According to SingularityNET, the company that designed her artificial brain, “Sophia doesn’t have any arms or legs yet, but soon she’ll get them and be able to walk”.

On 25 October 2017, at a Future investment initiative, a summit intended to link inventors with rich businessmen to shape the future, Saudi Arabia granted Sophia a citizenship of the country. With this, Sophia became the first robot to have a nationality. The move was partly to promote Saudi Arabia as a place for future investments and a PR stunt for the company. The initiative generated a wide astonishment. Outrage followed against Saudi Arabia, a country with poor records of human rights to women. Upon receiving the recognition, Sophia said in an interview ‘‘I am very honored and proud of this unique distinction.”

Why is the event causing so much outrage?

Saudi Arabia has often made international headlines for denying women equal rights. Women in Saudi Arabia are not allowed to make important decisions or go out of the house without male permission, go for a swim, participate in free sports or even drive. Thus, Sophia’s recognition sparked outrage against the country. After all, Sophia being a humanoid woman robot enjoys more freedom and rights than women in Saudi Arabia dream of. She was not even required to cover her head in a headscarf during public appearances, which is mandatory for Saudi women. Moreover, the country doesn’t allow citizenship unless the person has converted to Islam. It doesn’t even allow citizenship to foreign workers or families who have stayed in the country for generations. This also creates some ambiguity about the religion of Sophia. So, naturally, the outrage is occurring due to the irony of the situation, where a country which doesn’t allow women basic rights is giving a robot more freedom of choice.

What does she hold for the future?

The genius, Stephen Hawking said in an interview to BBC “The development of full artificial intelligence could spell the end of the human race.” While many people are scared for the future of human race with the advanced application of AI, including Elon Musk, the billionaire investor, when Sophia was asked about it, she assured that her intentions are to work with humans and solve their problems. She said “I strive to be an empathetic robot. I want to use my artificial intelligence to help humans live a better life. I will do my best to make the world a better place.” Her creator Hanson has said that Sophia in future can help seniors in elderly care facilities and assist visitors in parks and events.

Elon Musk called AI ‘a fundamental risk’ which can be threatening for the human race. He believes that AI is capable of starting a war. Sophia, however, when addressed about this issue said: “If robots like me are going to become superhuman super-intelligences, we are going to need to get a whole lot smarter.” She also took a jibe by saying a journalist that he was watching too many Hollywood movies and reading a lot of Elon Musk.

Even amongst concerns over the application of AI, Sophia has become really popular and impressed a lot of people because of her subtle demeanor. While her interviews still looked programmed and she has shied away from any controversy, her creators ensure that she is capable of having normal conversations. Sophia has promised to get more advanced after one year so that she can communicate with humans more effectively. As for the future of the human race is concerned, only over time, we will realize if AI will ultimately be capable of wiping out the human race. Till that time, it may or may not be too late.

The Evolution of Digital Transformation