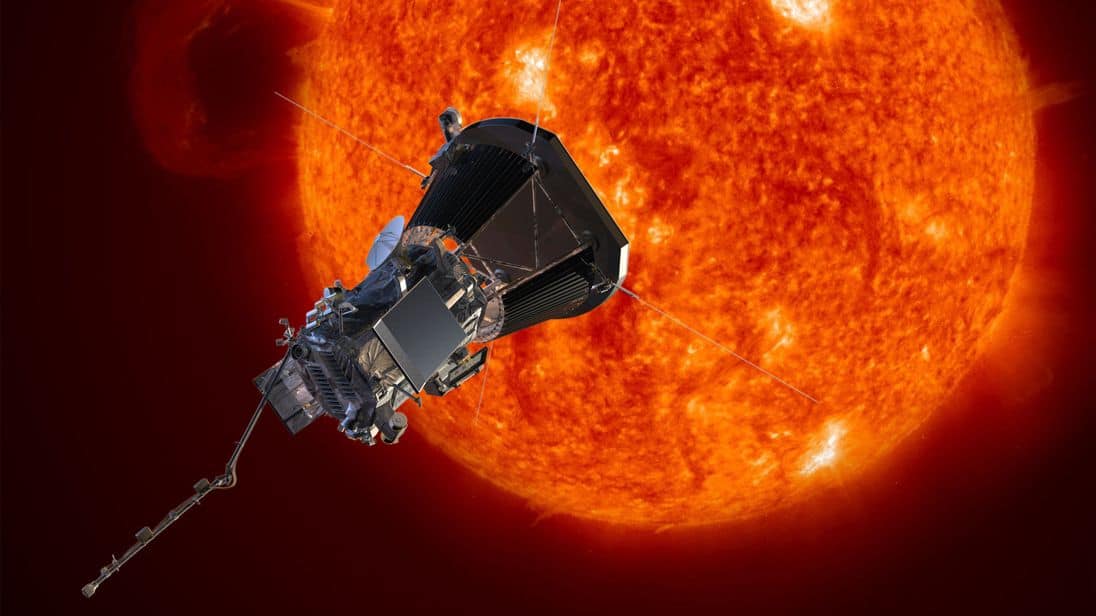 Nasa has successfully launched the ‘Parker solar probe’, a robotic spacecraft which is the size of a small car, from Cape Canaveral in Florida today. The spacecraft will embark on a seven-year mission during which it will fly into the sun’s corona – the outermost part of its atmosphere – within 3.8m miles (6.1m km) of its surface.

The launch marks the first robotic visit by NASA to a uniquely hostile environment of a giant ball of perpetual nuclear fusion. The mission of the Parker solar probe is to get closer to the sun than any other spacecraft before. It will travel 96% of that distance, getting far closer than any previous spacecraft. With Parker solar probe, scientists would be able to collect data about the inner workings of the highly magnetized corona, to better understand the causes of the solar wind.

The Spacecraft is protected by a revolutionary new carbon heat shield. The heat shield will serve as an umbrella, protecting instruments during the close solar junctures. Sensors on the spacecraft will ensure the heat shield faces the sun at the right times. If there is any turbulence, the spacecraft is designed to correct itself to avoid damage. With a communication lag time of 16 minutes each way, it is vital that the spacecraft can react to situations without human intervention, as the flight controllers in Laurel, Maryland will be too far away to help.

The Parker solar probe will attain a top speed of 430,000 mph (about 120 miles a second) becoming the fastest human-made object to move through the solar system. It will zip past Venus in October and will set up the first solar encounter in November this year. Overall, the Parker probe will make 24 close approaches to the sun on the seven-year, $1.5bn (£1.2bn) project.

The spacecraft was initially scheduled to be launched yesterday but was postponed due to a last-minute technical hitch at the Florida space centre.  The probe was then launched at 3:31 a.m. Eastern time from Florida, aboard a United Launch Alliance Delta IV rocket sporting a rare third stage

It is named after the 91-year-old astrophysicist Eugene Parker who was present at the launch. He proposed the existence of solar wind – a steady, supersonic stream of particles blasting off the sun – 60 years ago.

This is the first time Nasa has named a spacecraft after someone is still alive. “I’m just so glad to be here with him,” said Nasa’s science mission chief, Thomas Zurbuchen. “Frankly, there’s no other name that belongs on this mission. By better understanding the sun’s nature, humans will be able to better protect satellites and astronauts in orbit and power grids on the ground”, he said.

“Parker should start shattering records this autumn. On its first brush with the sun, it will come within 15.5m miles, easily beating the current record set by Nasa’s Helios 2 spacecraft in 1976. By the time Parker gets to its 22nd orbit of the sun, it will be even deeper into the corona, traveling at a record-breaking 430,000mph,” mentions a leading website.

The spacecraft is expected to unlock many mysteries of the sun such as why is the corona hundreds of times hotter than the surface of the sun and why is the sun’s atmosphere continually expanding and accelerating, as Parker accurately predicted in 1958?

“The only way we can do that is to finally go up and touch the sun, said project scientist Nicola Fox of Johns Hopkins University. “We’ve looked at it. We’ve studied it from missions that are close in, even as close as the planet Mercury. But we have to go there,” he said.

5 Things to Consider While Implementing an RPA Project