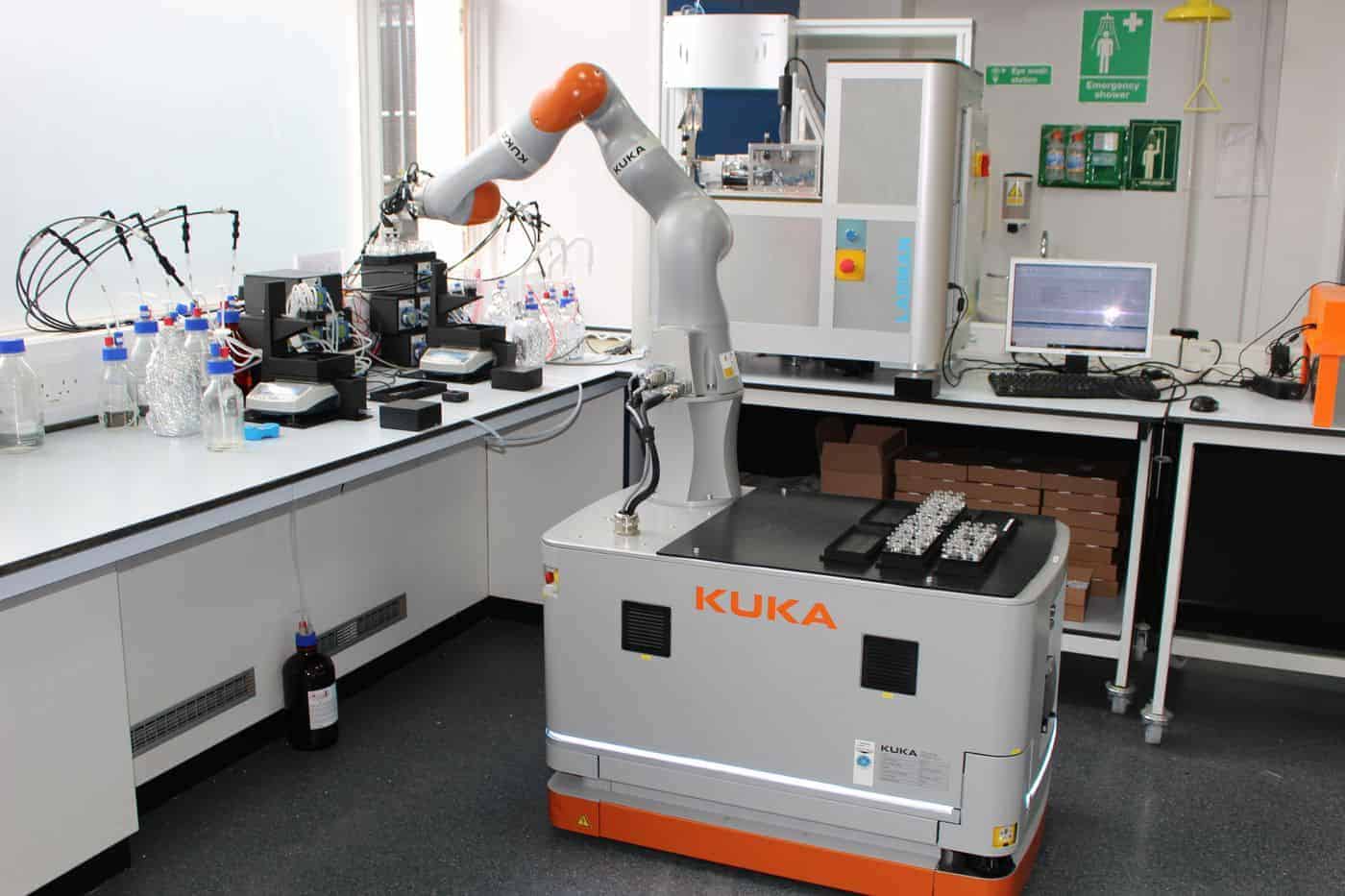 Optimizing Workflows, Robots are the New Face of Laboratory Automation.

Tasks in the pharmaceutical, life sciences and biomedical industries have always been time-consuming and complex. With the advent of the Covid-19 pandemic, these undertakings will only grow in complexity. To ensure speed, accuracy and mitigate the infectivity stress among the humans, robots are called upon to meet the ever-increasing range of workflows in today’s research and development laboratories.

Laboratory automation, drug discovery and pharmaceutical manufacturing are emerging fields where the services of robots are leveraged for research and development. Robotic lab assistants help researchers and scientists focus on high-level tasks like the analysis of potential therapeutic compounds rather than mundanely mixing compounds to determine their curative characteristics.

Mobile Robot Scientists in the Labs

Automation has found its way into life sciences in applications that range from cell culture to new drug discovery. Robots perform a wide range of chores in life sciences, pharmaceutical and biomedical applications. They are used by clinical laboratories to assist in a wide range of tasks such as handling test tubes and flasks, sorting test tubes for the drug discovery processes. Mobile robotics are finding their way into intra-departmental and inter-departmental use, providing an on-demand and scheduled transport of laboratory specimens and pharmaceuticals.

Researchers from the UK’s University of Liverpool have developed a breakthrough robotic lab assistant, which is able to move around a laboratory and helps to conduct scientific experiments just like a human.

The machine, though far from being fully autonomous needs to be programmed with the location of the lab equipment. The robotic lab assistant works seven days a week, 22 hours a day (with two hours to recharge every night), and allows scientists to automate time-consuming and tedious research work which they wouldn’t otherwise tackle.

The robot’s creators, led by PhD student Benjamin Burger, say that the robotic lab assistant was able to perform experiments 1,000 times faster than a human lab assistant, in its initial test run. The speed was credited mostly due to the robot’s ability to work around the clock without breaks. Over an eight-day period, the machine carried out 688 experiments, mixing samples in glass vials, exposed them to light, and analysed the results using gas chromatography.

Robots are used in liquid sample collection like body fluids and blood samples for lab testing. In many labs, previously, the lab staff opened the transport boxes on arrival, removed the blood samples and sorted them for further clinical analysis. This led to tendon and muscle injuries as a result of repetitive work.

The process became more streamlined after the robots took over the job. The robotic lab assistants open the box, take the blood samples and set them for sorting. On average, the robots need 1.5 minutes per box, which is equivalent to a capacity of forty boxes per hour.

LEGO-based liquid handling robots are an advanced 2-D robot who could slide both horizontally and vertically over sample-holders. Their liquid-dispensing mechanism efficiently handles sub-microliter liquid volumes stably over 1000 pipetting cycles. The pre-programmable robots are commonly used in biotechnology, currently deployed to increase the precision of handling small liquid volumes and discard contaminated tips.

Summing up, robot makers, integrators and end-users have several opportunities to learn more about the potential of flexible automation in biomedical, life sciences and pharmaceutical applications. Though we should not expect to see robots fully supplanting human researchers in the near future, but a  giant step has been taken to automate some of the lab researches and drug discovery process for the benefit of the mankind.