What Lies Ahead in the Future of Automation? 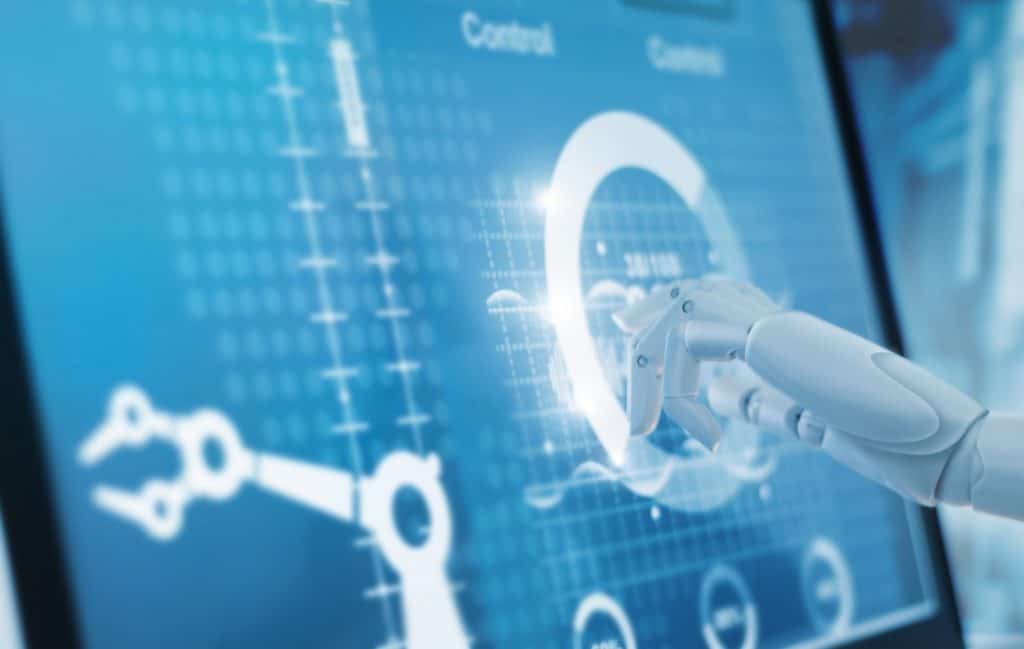 Few technologies have been as significant or as disruptive to the manufacturing industry as automation. Thanks to automation, we are now able to produce much more stuff with far fewer people. Modern manufacturing lines are much more efficient and usually cheaper to run than previous iterations.

Automation is often associated with job losses and the devastation of communities. But what does the future of automation actually look like?

Automation has been steadily reducing the number of people required in manufacturing production lines for decades now. American factories today can produce much more than past factories, and they can do so with a smaller workforce. Automation has played a big part in reducing the manual labor costs of manufacturing. However, many jobs have disappeared in the process.

Today, around half of all hours worked in manufacturing are spend doing manual labor. But by the year 2030, analysts anticipate that this will drop to just 35%.

With many manufacturing jobs becoming less reliant on manual labor, the composition of skills that recruiters look for will also change. As well as taking on physical and labor-intensive tasks, automation can even handle basic cognitive tasks. Businesses will start to look to humans to handle higher cognitive work and the social, emotional, and technological tasks that machines aren’t suited for.

The most obvious downside of automation is the loss of jobs for people. However, there is another critical issue to consider when considering introducing more automation into the workplace. Over-investing in automation can leave humans seriously outnumbered by machines and ultimately demoralize them.

As this article from Kettering University puts it – “Heavily automating more functions than necessary may increase profits but it can contribute to a dehumanizing work environment. Less frequent human interaction can leave workers feeling increasingly isolated and may even decrease intrinsic motivation.”

Maintaining the right balance while continuing to increase the amount of automation in the workplace will be one of the most critical challenges for many businesses over the next decade. This challenge is especially prominent for the manufacturing sector.

We can already see the impacts that increased automation is having on the evolution of the manufacturing sector. Most analysts anticipate that the mid-2020s will be a tipping point for automation in the workplace. For example, this is when Price Waterhouse Coopers expects the impact on jobs in OECD countries to become noticeable.

By the middle of the decade, as many as 15% of all jobs in manufacturing, transportation and storage, and both wholesale and retail trade could be automated to some degree. This automation doesn’t necessarily mean that people are going to lose their jobs, but it does mean that the nature of their roles might change considerably.

If current trends prevail, somewhere between 35-50% of jobs in the sectors mentioned above will incorporate automation in some way.

As with any kind of technology, the longer automation technology is around, the cheaper and more accessible it becomes. The costs in setting up an automated manufacturing line are already much lower than they were just a few decades ago. The ongoing reductions in cost are a significant factor in driving the sector’s growth as a whole.

Thanks to these falling prices, sales of industrial automation robots are at an all-time high. The industry has done an impressive job of continuing to reduce costs and make automation more accessible to everyone.

Over the period of 2015 to 2025, analysts predict that an industrial robot’s cost will have fallen by as much as 65%. While the prices of automation fall, the costs of employing human laborers continue to rise. This discrepancy is responsible for accelerating the shift to a fully-automated manufacturing line within many businesses.

We are all used to hearing about automation destroying jobs. However, it is essential to realize that automation also creates jobs. Furthermore, just because some of the tasks someone does as part of their job are automated, that doesn’t necessarily mean they will lose their jobs.

As the robots we need for automation – and the technologies that underpin them – become more advanced, their potential to both create and take away jobs increases. A decade from now, we might have automation robots doing the kind of tasks that we never thought could be automated.

There are now numerous examples of automation that utilize artificial intelligence and machine learning instead of manufacturing robots. For instance, GPT-3 is an advanced text generator, albeit not as advanced as some people would have you believe. While we can’t quite farm out all our content creation to algorithms, we are continually taking tentative steps in that direction.

The good news is that experts are broadly in agreement about the fact that automation will create new jobs. Unfortunately, no one can agree on how many new jobs are likely to be created by expanding the role of automation in business. Making predictions about the long-term societal and economic impacts of automation is difficult without an accurate figure for the number of jobs gained or lost.

On a global scale, one of the challenges that automation presents us with is its uneven distribution. Some countries are more dependent on manual work than others. The countries whose economies currently contain most of the simple cognitive and manual labor tasks that automation is taking over will feel any rapid shifts the hardest.

Like any sector of the tech industry considered vital to the future of the global economy, the field of automation evolves at a very fast rate. This rapid evolution can make it difficult to keep up with the latest trends and assess which ones are likely to have the greatest impact. However, despite this uncertainty, the trends that we have identified above are the most promising candidates for shaping the long-term future of automation worldwide.

AIOps: Drilling into Root Cause to Enhance IT Operations