Who is Leading the Future Market of Augmented Reality? 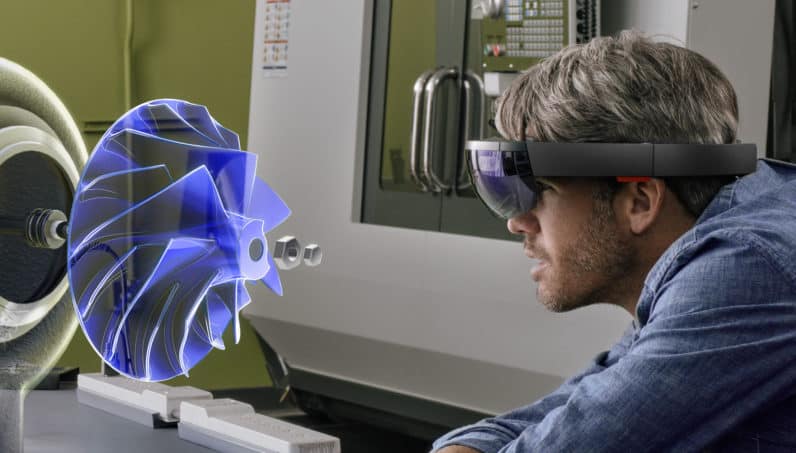 Augmented Reality (AR) is on the way to become a technological battleground for big techies seeking to create the next big breakthrough for mobile devices. The technology promises to deliver various applications across diverse sectors in the years to come. AR not only offers new creative opportunities to developers but also paves ways for new potential monetization solutions. The market for AR saw a significant uptick in 2019 as an active installed base approached 900 million, with US$8 billion revenue.

Many app developers have already started experimenting by introducing AR capabilities and experiences in their apps. Commercial support for AR is positioned to be strong as big tech like Microsoft, Amazon, Apple, Facebook and others are making serious commitments. Despite its limited traction for ARKit so far and absence in smart glasses, some do consider tech giant Apple as critical to the future of augmented reality.

On the other hand, social network giant Facebook seems to launch smart glasses, however, in 2020, its main presence in the AR market is like a mobile AR platform. Mobile AR platforms can be considered as three general types, including message based like Facebook messenger, Instagram, Snapchat and others; based on the operating system such as Apple ARKit, Google ARCore; and web based like 8th Wall, Torch, among others.

In summer 2017, the public release of AR frameworks, Apple’s ARKit and Google’s ARCore, has standardized the development tools and democratized mobile AR app creation. These AR frameworks brought in more than double the amount of mobile AR-powered devices and tripled the number of active users since their launch. Connecting the smartphones’ internal motion sensors and camera algorithms, these new frameworks enable developers to develop AR ecospheres wherein the smartphone has a 3D environmental awareness.

In February 2019, HoloLens 2, an AR headset from Microsoft, was launched at Mobile World Congress. The device offers the most comfortable and immersive mixed reality experience available, with industry-leading solutions that deliver value in minutes. However, HoloLens 2 has not wooed home users yet as it is only made available for corporations.

Unlike the previous version of HoloLens, the new version is better in nearly every aspect. It is more comfortable, has a much larger field of view, and can better sense real physical objects in the room. HoloLens 2 features new components such as the Azure Kinect sensor, an ARM processor, eye-tracking sensors, and an entirely different display system.

With the launch of AR View, Amazon debuts its presence in the very immersive field of augmented reality. AR View is an augmented reality shopping tool that enables users to visualize online products in their own living space, using their smartphone camera. The app offers the ability to explore thousands of products for the home or office, including furniture, electronics, toys, games, home décor and more, in augmented reality. As initially, it was only available on iOS, the AR View now also available on Android devices.

The e-commerce giant launched its AR app for Android just after Google’s ARCore Android framework. This means people with ARCore are now also able to leverage the new Amazon app. Also, the company is trying to fix the online vs in-person product dilemma by enabling shoppers to virtually place a product in their homes with accurate dimensions with the help of their smartphone camera.

Moreover, a large number of companies are trying to lead the augmented reality market in a much exciting way. Interest and investment from leading tech businesses have also signaled that the AR technology will live up to the hype and move to the mass market. The future of this technology is not just about startups as many incumbents are also making big plays in this field. Niantic, Zappar, Lucyd, Magic Leap and others are some key players in the AR market.