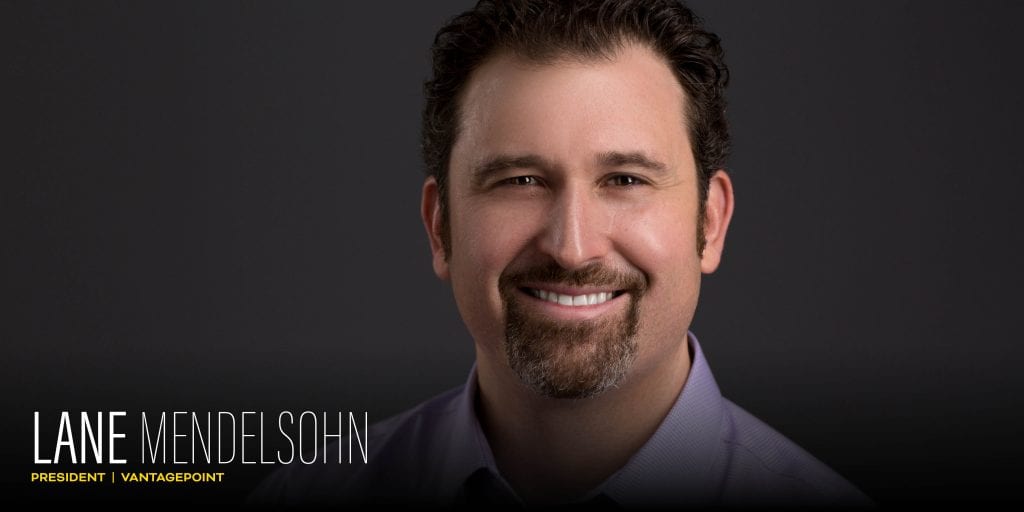 Vantagepoint AI provides the power of artificial intelligence applied to the financial markets to independent investors. The company’s goal is to empower traders to make smarter trading decisions using its predictive technology that forecasts market trends up to three days before they move and with up to 86 percent accuracy. Vantagepoint AI wants independent traders to have the same playing field as brokerage houses with teams of analysts.

Lane Mendelsohn who serves as the President of Vantagepoint AI has a background that is different than most. He literally grew up in the company since his father, Louis Mendelsohn – a NASDAQ Legend of Wall Street, started it in 1979. Even though Lane was just a kid, he has always been around the business and involved in it – in fact, he started working full-time for the company when he was 15. In fact, Lane developed the company’s first website before the internet was really a thing. Vantagepoint AI continues to be family-owned and operated – Lane’s daughters are learning about the business now and are both very excited to be part of it.

Lane has been leading the company for over a decade now, and has expanded the foundation established by his dad while blazing new trails with his own contributions to the company’s growth. He has been able to take the company in directions than his father never could have envisioned when he first got started.

AI practically became another member of Lane’s family because his father was trying to solve how to mine massive quantities of data and decipher patterns in it. Sometimes hidden patterns in that data are where the nuggets of gold (literally) are; he was looking to see what conclusions one could draw from all that data. The challenge the company had to solve is that there are so many markets, so many stocks both domestically and globally; Lane’s father knew that they all interacted with each other and they influenced each other. But as a human being just by looking at charts, he couldn’t figure out how all these markets are inter-related and how they impact each other. Consequently, he developed and patented a sophisticated method of analysis that could dive into that data and find those patterns.

Artificial intelligence was the answer to the problem. Today Lane has developed a strong R&D Team that continues to help Vantagepoint AI’s software stacks the odds in favor of independent, traders and helps them make smart decisions at the right times with an 86 percent accuracy rate. Ultimately, the company helps traders to be more confident, more competent, and more profitable.

The Valuable Assets for Business Success: Your Team

Even though Lane is running a fintech company and Vantagepoint AI is involved in artificial intelligence, the thing that has made him a successful leader and that has allowed the company to thrive and grow for over 40 years is that it really puts an emphasis on people — the team members at Vantagepoint, and its customers whom Lane sees as part of the family too. Lane tells Analytics Insight, “Yes, our company develops cutting-edge, patented technology that’s unbelievable, but if all we did was develop the technology, and we didn’t serve our customers and help them to have long-term success, it would kill the long-term success of our company. We’d just feel hollow.”

Lane is highly committed to Vantagepoint’s core values and culture. The core values of innovation, positivity, teamwork, passion, purpose, communication, respect and integrity are literally painted on the walls in five-foot-high letters. But, it’s all underpinned with a lively, fun culture. The team at Vantagepoint AI takes trips together, enjoys beach party getaways, has light-hearted internal contests and they have a great time celebrating all kinds of off-beat holidays.

Vantagepoint AI has also partnered with Shriners Hospitals for Children and the Children’s Cancer Center so that as the company grows, it can give back to those in need in its local community. This is a critical piece in the fabric of the company’s culture. When Lane thinks about being a successful leader, he sees that it was his own acknowledgment and adoption of the concept that culture is critical and putting people first has been fundamental to its growth and will continue to be.

Vantagepoint AI works with artificial intelligence — there’s a science and there’s an art to it. The company is developing a technology, but there has to be a human involvement too. When Vantagepoint AI started working with artificial intelligence in the late 1980s, it was hard to find PhDs, computer scientists and people who had the skills that it needed to develop the technology. That pool of talent was very limited.

Today it’s easier to find people with a skill set that includes computer science, mathematics, artificial intelligence, and financial market; and Vantagepoint AI’s research and development team is a stable and long-serving part of the company. Throughout the company when Vantagepoint AI puts employees top of its mind, the team gives their best. This spills over to providing top-level service to its customers for their success. Even the R&D team experiences the joy of helping change people’s lives. The company has a high retention rate in all of its departments because the team feels like a family and they love being there.

In the beginning, Vantagepoint AI also had to overcome computing power. The company was developing very highly effective technology, but few people had the computing power to run the technology. When Lane’s dad started, he literally had to help people buy a personal computer and provide tech support! Times have definitely changed! Keeping pace with advances in technology, Vantagepoint AI foresaw the advent of the cloud. The company has developed a very intricate artificial intelligence neural network trading process in the cloud which in turn takes a lot of pressure off of the client’s computer running its software.

Integrity and Communication: The Key to Progress

As Vantagepoint continues to grow, Lane says that the foremost attribute that he and every innovative leader should possess is integrity.  “You have got to be honest with your team and honest with your clients as well. Integrity is one of Vantagepoint AI’s eight core values and I would say it’s the most important.” Lane also considers communication as a key. There’s got to be good communication at all levels. Leaders can’t just have research and development team developing technology without being in tune and in touch with customer service or sales or marketing or any other aspects of the company.

Vantagepoint AI has been an industry disruptor since his father, Louis, upset the applecart by being the first person to introduce strategy back testing in 1979. Lane is devoted to continuing to be a disruptor in the trading world because the company is dedicated to leveling the trading playing field for independent traders. With the capabilities of its R&D team and its continued commitment to innovation, the company uses the disruption to expedite things like its accuracy – to use the machines to help it grow smarter and more accurate! Today Vantagepoint AI is predicting the markets with up to 86 percent accuracy, but it’s closing in on 87 percent and pushing to reach 88 percent soon…because that “little” increase results in huge profits that change people’s lives.

Lane feels his job is to keep the focus. The fast pace of technological change presents tons of opportunities that are all over the map. Rather than having to keep a team on track towards one goal; his job now is to keep an eye on the bigger picture and identify where the advancements can help the company provide even greater benefits to traders rather than just creating cool features that ultimately don’t serve the customer…it’s just cool to look at. It means staying in the know and it means listening attentively to the company’s customers and his team.

The AI landscape is changing fast.  “From our perspective, we’re going to continue to utilize artificial intelligence to the maximum that we possibly can for the purposes of forecasting the financial markets, but what we’re also doing is we’re also finding new and innovative ways of analyzing data that can then be used by our customers to make more intelligent decisions,” says Lane. “As artificial intelligence continues to evolve, we continue to look for enhancements, improvements and innovations that we can apply to the financial markets,” he told Analytics Insight.

Lane offers simple but sage advice to emerging leaders: make sure that whatever it is you’re bringing to the market, whether it’s a product and/or service, it should help people. A product or service that’s cute or interesting or cool, but it’s not making a difference for people, solving a problem for them, or helping them be smarter or better, save time, or have a positive impact, then that company probably won’t have sustained success. He sees a lot of companies develop products because they can or because it’s cool; but if it’s not solving a problem, if it’s not changing people’s lives for the better, then success will be short-lived. “There’s a reason our company has been helping change traders’ lives for more than 40 years.  And there’s a reason we are poised to be here for years to come.  Success is not complicated; it simply comes back to being of service.”  Judging by Lane Mendelsohn’s success and the longevity of Vantagepoint, he seems to be on to something!