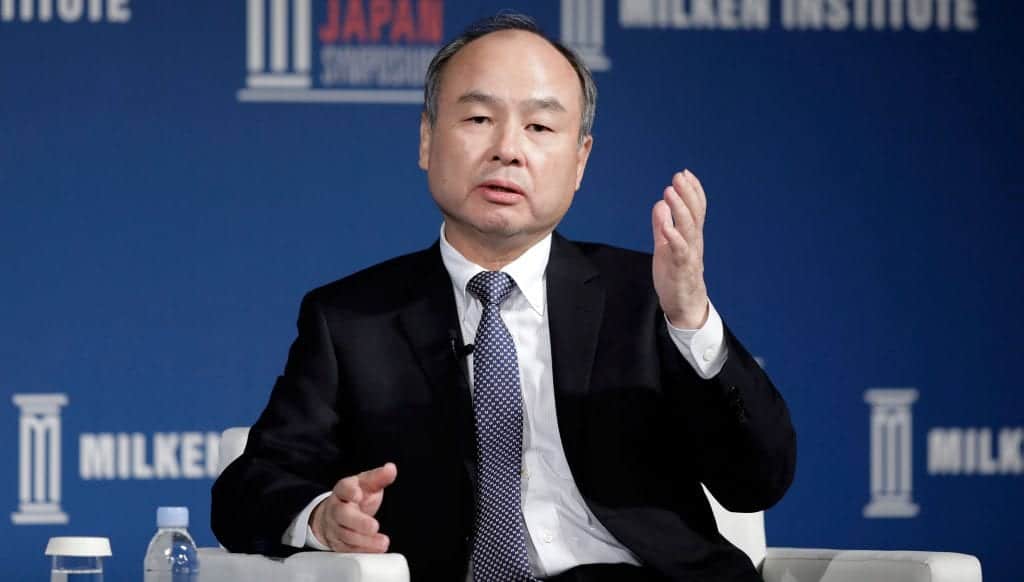 The founder of SoftBank and the world’s biggest technology investor Masayoshi Son has warned that Japanese businesses need to wake up and that the country, once famed for its innovation, is falling dangerously behind in applying artificial intelligence.

Speaking at a tech conference in Tokyo last day, Son told “Until just recently, Japan was at the cutting edge of global technology. But within the space of a few years, Japan has now completely become a developing country in the most important area of AI where technology revolution is happening.”

SoftBank invested in over 70 start-ups in the US, south-east Asia, Europe, and Latin America through its $97bn Vision Fund, including in US ride-sharing group Uber, the Indian hotel chain startup Oyo and Brazilian lending platform Credits. SoftBank’s Vision Fund is the world’s largest private equity fund that merely invests in AI-related companies. As the Vision Fund owns stakes in more than 70 companies worldwide, Softbank had not made a single investment in Japan, Son said.

According to CB Insights, Japan only has two unicorns or private tech companies – AI company Preferred Networks and fintech company Liquid – worth more than $1 billion. Here, the country is also far seated behind in comparison to the U.S. and China which have 184 and 93 unicorns, respectively.

Demand for artificial intelligence-enabled products in Japan is on the rise as it grapples with a rapidly aging workforce. Because Japan’s working population aged between 15 and 64 falling to an all-time low in January of just 59.5% of the total population. So, many companies are seeking to adopt AI to assist in automating tedious tasks and free up human employees for more complex roles.

Japan is a tech-advanced nation and has invented several cutting-edge technologies. In the case of cashless systems, the country pioneered the QR code and contactless card technology but it now has one of the world’s lowest ratios of cashless transactions to total household consumption while digital payments have burst out in other Asian countries such as China and India. Last year, when SoftBank and Yahoo Japan introduced a mobile payment joint venture, the underlying technology came not from a Japanese company but India’s money transfer app Paytm.

Moving forward, Son said “Maybe it’s not too late but things are looking extremely grim,” and adding that there was more innovation in AI happening in south-east Asia. “Japanese government officials, scholars, intellectuals, and businessmen must wake up as soon as possible and catch up,” he added.

Several of SoftBank’s AI offerings were also based on concepts developed abroad like a recently released image recognition business for Japan that licenses technology from China’s SenseTime. According to a major Japanese IT vendor that presented in the conference, “Many of our retail customers are looking for AI solutions like facial recognition technology. But Japanese companies lack an understanding of the market’s needs.”

Softbank’s Son is not the first person that sounding the wake-up call about Japan’s lagging position in artificial intelligence. Many other academics, tech executives and researchers in this field have pointed to the lack of talent and funding in the country. Even Japan’s trade ministry has warned that Japan would face a shortage of 48,000 IT professionals by 2020.

How Antiviruses Can Use Big Data to Strengthen Security