India to Significantly Invest in AI as per Budget 2019, to Boost Digital Development 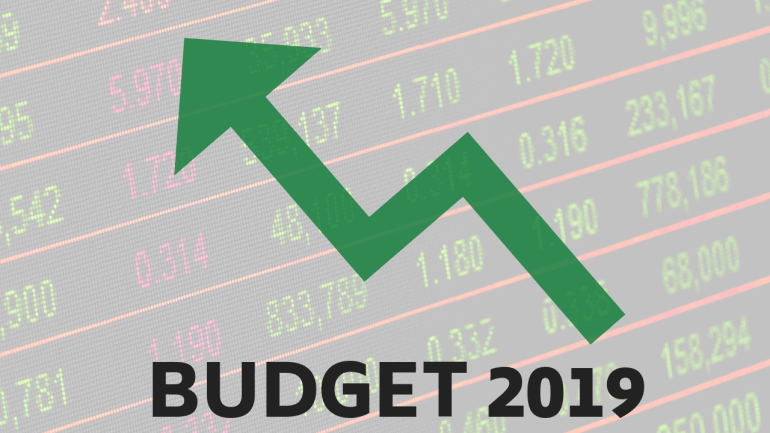 India being a fast growing and developing nation, going through a lot of transformation in its digital space. The impact of technology like artificial intelligence (AI)  in the country can be measured from the influence of digital technologies on the economic elements and GDP which is 8 percent. The percentage is expected to increase to 60 percent in the next two years. Providing the relevant data, Anant Maheshwari, President, Microsoft India said that India has the highest involvement of AI in the workplace.

Tech, Media and Entertainment companies hoped for a zoomed focus on disruptive technologies in their pre-budget expectations.

During the Budget 2019 presentation speech which was delivered on February 1, 2019, Acting Finance Minister Piyush Goyal said “In order to take the benefits of artificial intelligence and related technologies to the people, a national programme on AI has been envisaged”.

Shikhar Aggarwal, JMD, BLS International asserted “Artificial intelligence and machine learning are becoming increasingly important for business and setting up of the national center for artificial intelligence, along with the development of national AI portal, will further improve the ability to handle large data efficiently and with greater data security.”

AI is making successful ventures into various sectors including the educational sector, healthcare and many more. It is accelerating evolution in the marketplace. Regardless of the debate whether AI will destroy jobs, Gartner report depicts that by 2020, AI will act as a net job motivator and creator helping in the creation of new-collar jobs for professionals. Eliminating 1.8 million jobs, AI is expected to create 2.3 million jobs in the years ahead.

•   IT industry in India will experience an advancement of approximately 2.5 lakh new jobs in running year.

•   The embracement of emerging disruptive technologies including AI, machine learning and robotics for automation is beneficial for industry’s growth.

•   Tech giant Microsoft is targeting to skill over 10,000 developers for better efficiency.

•   The global tech company also plans to establish AI labs in 10 universities and train 5 lakh engineers across the country in upcoming years.

•   In order to proceed with the training procedure, development workshops will be conducted to aid faculty and students to gain expertise.

•   Moreover, these workshops will prove to be a helping hand for faculty in framing content and strategizing curriculum for theoretical and practical learning.

Here quoting the example of Narayana Health, we can showcase the contribution of AI in the healthcare sector in making it more accessible and affordable. Narayana health has successfully adopted digital skills such as real-time data analytics, predictive insights, Microsoft Azure, SQL server and Power BI.

•   Better prediction of the cost of surgeries

•   Reduction in time spent by patients in the ICU

•   Monitoring consumables and antibiotic use

Other than education and healthcare, media and entertainment industry is availing the boons of AI solutions. Welfares of content processing, speech recognition, machine learning have thrived the prosperity of this very sector globally.

Apoorva Mehta, CEO Dharma Productions stated “A step in the right direction with regards to a national center for artificial intelligence will only lead into companies implementing these modern technologies into their products. When we look at the bigger picture, the customer experience is only going to improve going by these recent announcements.”

•   According to a study presented by professional networking site Linkedin.com in September 2018, US, China, India, Israel and Germany stationed as the nations with highest and intense penetration of artificial intelligence skills among their workforce.

•   A report by EY and Nasscom foresees that in next 4 years, nearly 46% of the workforce will be involved in a completely new set of jobs that do not prevail currently, or will be engaged in certain jobs that have revolutionized skill sets.

•   Reportedly AI is among the fastest- growing skills on Linkedin marking a 190 percent acceleration in 2 years from 2015 to 2017.

•   A large sum of companies is planning to implement AI soon, but those in China, India, and Singapore, on an average, have the greatest ambitions for near-term implementation of AI in production, says April 2018 Boston Consulting Group (BCG) study.

A Glimpse to BCG Study

The data of 12 countries that contributed to the BCG study depicts that percentage of early-adopting enterprises is highest in the US with 25 percent. China is at second place with 23 percent, exceeding from India by 4 percent. The lowest data of the same obtained from Japan (11 percent), Singapore (10 percent) and France (10 percent).

•   High level of adoption among companies in the US is probably due to the widespread availability of AI technology in the region.

•   Exceptional AI growth in China overtook the US in context to AI funding, and also gauged nearly half of the international investment in AI startups in 2017.

Moreover, the Tianjin’s municipal government (near Beijing) has declared a $5 billion investment to encourage AI nurturing.

How AI and Robots are Transforming Solar Energy

Union Budget 2019: What is it Means for AI and Big Data Industry in India