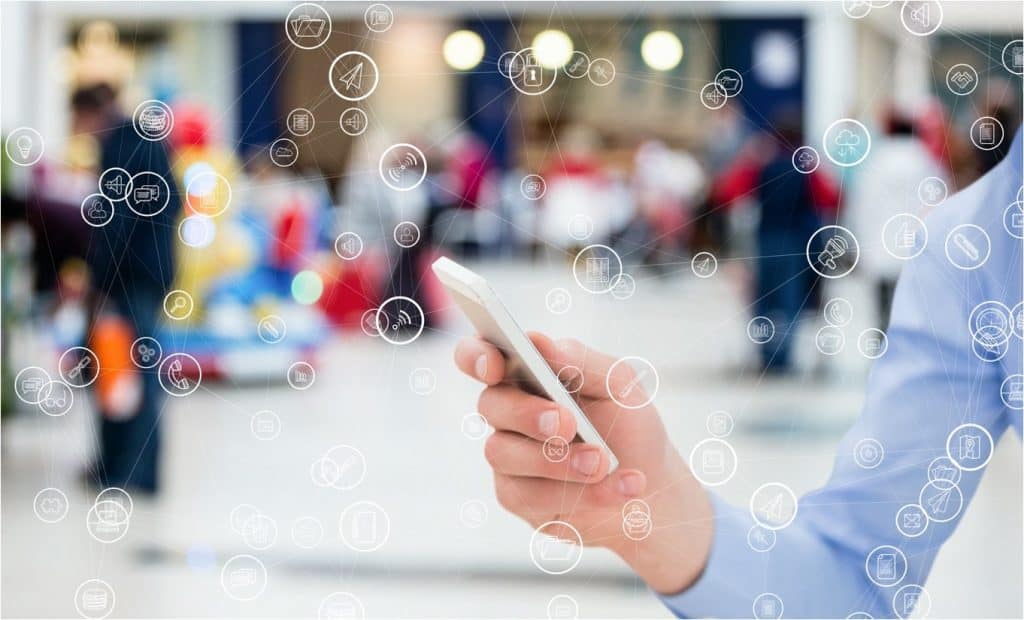 Internet penetration in India reached 50% at the start of 2020. Meaning, already half of the population in India uses the internet. This is a rather fast jump, looking at the fact that in 2015, only 19% of Indian population was actively using the internet at 243 million users.

Rachel Welch, COO of Atlas VPN shares her thoughts on the opportunities that Indian citizens will have due to the internet user base growth:

“The increase in internet users is great news for Indian citizens and businesses, as the widely spread internet will bring many jobs and new business opportunities.”

The internet user base in India was growing by 24% per year on average, from 2015 to 2020. These figures reveal that India’s digital environment is developing rapidly.

What’s more, as of January 2020, more than 400 million people are using social media platforms in India. This amounted to 29% market penetration in India.

Perhaps more importantly, social media users in India skyrocketed by 48% or 130 million between April 2019 and January 2020. This is a mind-boggling trajectory which clearly shows how fast Indians are adopting not only the internet, but the most popular platforms as well.

Moreover, the top 20 countries’ internet users add up to a total of 3.24 billion users, while the rest of the world only comprises 1.33 billion internauts, for a total of 4.57 billion web surfers globally.

Despite the fact that India’s internet penetration is only 50%, it is already the second-largest internet user base in the world, only behind China.

To read the full paper, head over to: https://atlasvpn.com/blog/india-estimated-to-reach-1-billion-internet-users-by-2025 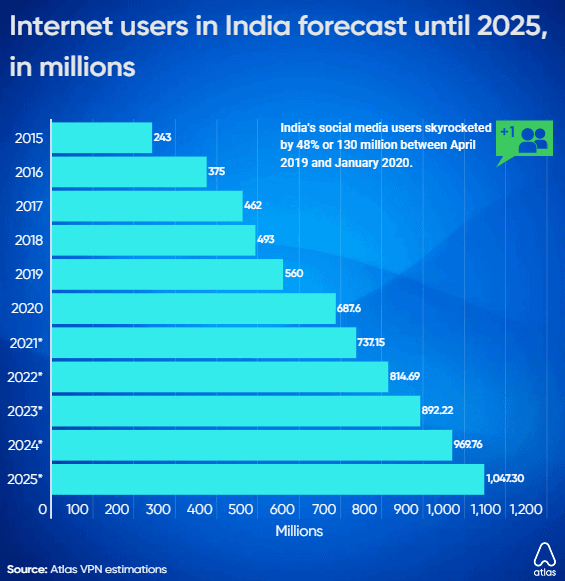