Importance of Robotics in Drug Discovery 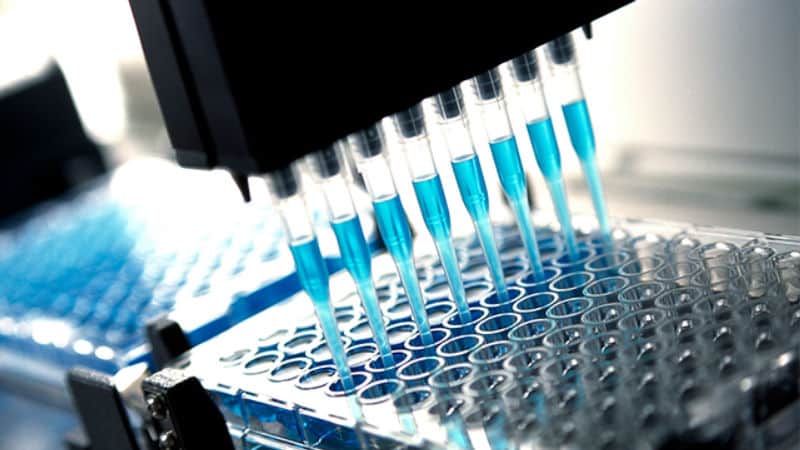 The rising expense of finding new biopharmaceutical treatments is a notable and long-standing issue. The basic development of costs, reasons for inflation and extreme precision of the total price tag for a new molecular entity are subjects of recent conversation and debates, however, the way that directionally costs keep on growing is commonly acknowledged as a fact.

Something less generally known and acknowledged is that huge numbers of the biopharmaceutical organizations working to grow new treatments are the most sophisticated and progressive adopters of robotics and automation technology.

While the automotive and electronics industries, among others, have been generally quick in adopting robotics, pharma has been falling behind. In any case, as the innovation accessible turns out to be further developed, flexible and affordable, robotics presently remains as a significant component to helping pharmaceutical organizations decrease expenses and increment effectiveness, eminently in the drug discovery process.

Robots are a perfect choice for (modest, monotonous jobs in drug discovery) since they are easy to automate and give a significant level of accuracy and consistency,” said Peter Hogg, ProClinical.

In spite of the fact that not yet a key piece of the drug discovery and development process, Peter Hogg of pharma and recruitment specialist, ProClinical, feels that there is an adequate scope for more prominent take-up of robotics technology at this phase of the value chain. “A significant number of the tests performed in labs today are to do with research, discovery and development of drugs and normally include tedious tasks, for example, moving fluids and test tubes.

Robotics technology has more than stayed aware of the compound flow, so automation vendors presently separate based on availability, breadth of the assay (i.e., instrument and method flexibility), and software, while library vendors focus around making assortments of unique chemical scaffolds. Then, an entirely separate industry chips away at automating and maybe more significantly, standardizing optical readouts, liquid handling and dispensing, and background tasks like cell culture and preparation.

Laboratory robotics and automation drive value in a couple of essential ways, yet regularly not in the manners in which most people at first envision. In spite of normal perception, robots are commonly not quicker than individuals on some random task. However, they are constant. They don’t stop to pick up the telephone, take a bio-break, or ponder what they are doing throughout the weekend

In that capacity, despite the fact that they are not fundamentally quicker than a human, their unit yield per time frame is regularly higher because of the disposal of idle time. This is the main source of increased productivity from robotics. Notwithstanding being persistent, robotics frameworks likewise are equipped for parallel processing far in excess of anything a human scientist could coordinate. Think of expecting to monitor precisely to what extent a plate has been in an incubator, while likewise tracking plates in a liquid handler, a centrifuge, and a thermocycler.

Over the lake, in June 2018 the UK government reported a project to build up the world’s first ‘hands-free’ drug discovery facility at the Rosalind Franklin Institute in Harwell, Oxfordshire. Lead researcher, Professor Adam Nelson of the University of Leeds, clarifies that the new office “will have an exceptional design and harness robotics and AI to automate the discovery process. It will permit hundreds or thousands of candidate molecules to be examined at once. We intend to increase productivity by five to multiple times.”

AstraZeneca is another example of an organization spearheading approaches to produce higher trial yield and accuracy through laboratory automation. Utilizing flexible, modular, and collaborative robotics, the systems created at their Cambridge, U.K. office can test up to 300,000 compounds every day. It is hard to envision what number of people would be required to accomplish this degree of yield, yet it is an incredibly, huge number of individuals and subject to a considerable amount of data errors.

For instance of how the utilization of robots can permit analysts to sidestep menial tasks and spotlight their time on increasingly worthwhile activities, for example, real drug development and research, Hogg focuses to the instance of US genome research equipment manufacturer SciGene, which has made a robot with the capacity to prepare DNA tests. Hogg takes note of, “The lab specialist or analyst doesn’t require engineering abilities however,  can program the robot utilizing simple directions. The accuracy is high to such an extent that robots today can put 40,000 dots of DNA onto a single microscopic slide, such an accomplishment can’t be matched by human hands.”

In spite of the fact that drug discovery costs have grown and represented an ongoing challenge in growing new treatments, without the significant investment and duty to automation and robotics from the significant research companies worldwide, they would simply just be that much higher.

How Robots Can Help in Battling the Current Pandemic Situation