How IoT Can Be Used for Preventing Fires 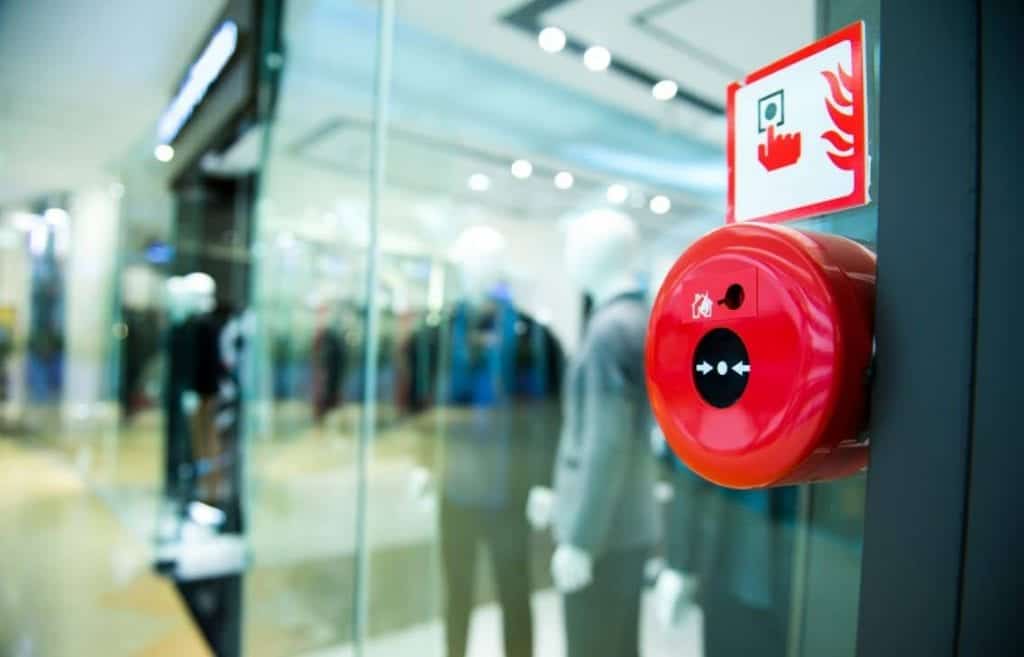 IoT is now often referred to any small, internet-connected device that can record specific data and transmit the recorded data to a central location or device for further interpretation. The sensors used are capable of recording audio, video, temperature data, location data, etc. In today’s time, the predominant applications of IoT include driverless cars and home appliances. In the domain of fire safety, the most notable application of IoT could include the use of sensors installed in the buildings. The collection of atmospheric data could be the foundation of altering the human approach for preventing fires, firefighting, and ultimately saving the lives of one and all.

Fire prevention and fire safety equipment have undergone a revolution with due credits to IoT. With connections to low power wide area (LPWA) or even cellular networks, fire safety IoT is present for enhancing fire preventions, speeding up response times, and also keeping the first responders safe when they encounter fires. The enhanced data capabilities of IoT has provided the firefighting team with more information for planning evacuations, rescues and most importantly fire suppression.

The fire engines can act as a wireless hotspot for every IoT linked device present in the inventory of the fire department and the head of the firefighting team can monitor team as well as the movement of every member when they ‘enter’ the fire and direct them accordingly. IoT can be integrated with devices such as alarms, personal safety devices, and fire suit technology. The tracking technology has ensured to keep the firefighters safe by reporting the exact location of each member directly to the commander-in-charge. Lightweight RFID-based trackers reveal the team member’s location at any time-instance and this can be embedded in the fire suit of the member. With the monitoring of each team member’s location, the commanders can map out the response location and offer a precise evacuation for the team movement.

IoT powered fire safety plays an active role to keep everyone safe. A smart home system needs to be capable enough for linking the fire alarm or carbon monoxide detector with home appliances. If there is a detection of fire or carbon monoxide, then it needs to automatically cut off the ignition sources. Today, most of the buildings are equipped with sprinkler systems and the underlying functionality is that the office equipment is usually cheaper than replacing the entire building structure. IoT offers a more targeted firefighting capability, thereby cutting off small fires. A smart IoT-enabled fire system could be used for deploying different measures for specific rooms in order to minimize the damage.

In the coming time, IoT may even have robotic scouts for clearing the way, marking out the difference between the safe and dangerous rooms. The robotic scouts can also be used to identify the fire victims that are in need of rescue. Robotic scouts could also be used for arriving on the place of fire before humans, thereby reducing the response times. These robots could also be combined for mapping technologies and heat sensors and maybe even deployed to carry oxygen supply for victims and firefighters that are trapped inside a burning infrastructure.

Fires caused due to electrical and heating equipment are the top-reasons for any residential fire. If the equipment is not properly monitored and maintained, they can undergo electric malfunctions and overheat, resulting in fires. In order to reduce the risk of fires, sensors can be used for performing preventative maintenance on all the household types of equipment like- electrical and fire heating systems. Sensors can be placed on equipment for monitoring the heat signatures and establish a baseline performance to indicate when the equipment has exceeded the prescribed safety norms. The use of sensors could be used for monitoring equipment so that individuals are informed about the unexpected temperature spikes or even equipment misfires.

On the edge of the system, there are pieces of hardware that detect the fire. The hardware includes- Fire Panel systems or sensors for smokes or gas leakages. The next level in the architecture comprises of hardware that is responsible for communicating with the prior layer by the means of either wired means or wireless RF signals. Prior layer consists of hardware like Nodes, Hubs or Gateways and these hardware devices have Internet access by wired or wireless means. This layer is responsible for communicating with the Cloud application server by using the IP protocol and communicates all kind of events that are sensed by the ‘edge’ devices like fire panels and sensors. The health monitoring of the system is very critical as the usefulness of the entire architecture is dependent on the healthy state of the system.

The Cloud server serves as the central repository for all the event and health information. It even can have information pertaining to the actual real estate which has the information on the placement of sensors and panels. All the critical information has to be linked to a specific information sensor so that in case of a fire, the firefighting team, as well as the house occupants, are made aware of fire. Accompanying relevant and actionable information will definitely result in causing no damage to life and property. 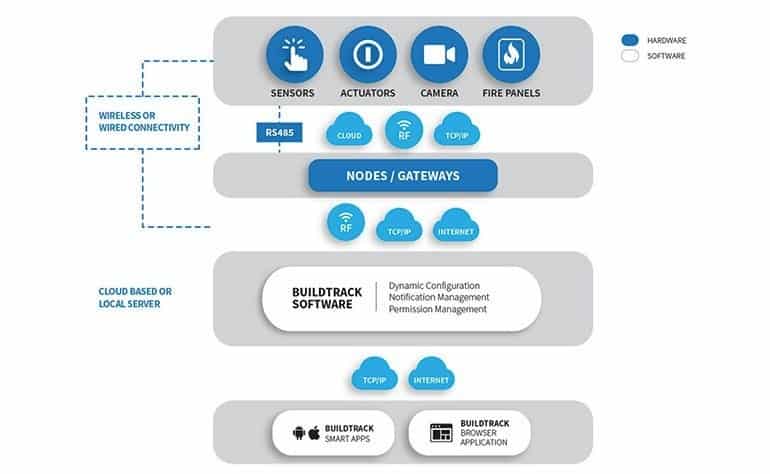 The Cloud server application is responsible for supporting notification management and has the ability to communicate with the connected occupants regarding the fire-affected property areas to guide them in case of fire events. This communication can take place through either- emails, SMS or even PA systems. The communication tools are engaged by the application administrators based on the emergency situation.

IoT holds the capability of transforming the fire safety industry by providing greater value from a product that is a must-need for most buildings and homes- fire sprinklers. Smart sprinklers equipped with additional sensors could be used for changing the smart safety systems that can minimize risks, assisting the insurance claims and ultimately protecting the people and their property.