How Did Cybersecurity Become a $82 Billion Powerhouse in Israel? 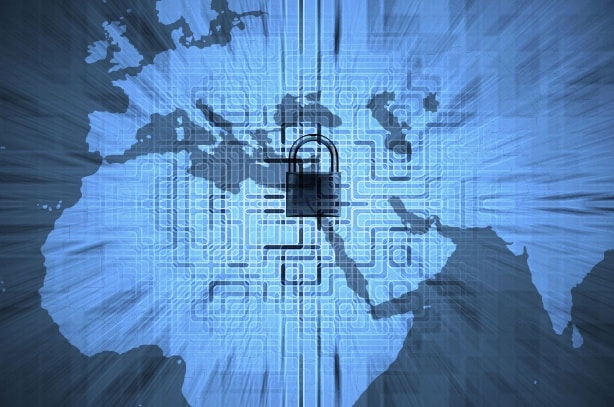 Israel regarded by Jews, Christians and Muslims as the biblical Holy Land faces hundreds of cyber-attacks each month on its data systems and government websites.  Back in 2017, the Israel Defence Forces issued a rare press release that it’s elite IDF (Israel Defence Forces) 8200 Unit prevented an ISIS air attack against a Western country in 2017.

So how has Israel become a cybersecurity powerhouse and lies at the center of an $82 billion industry? Credit goes to its Government and Business Houses which are investing into Human capital in a massive manner. In addition to collaborating with super-powers, Israel is assisting smaller nations like Singapore, in a bid to create 300+ cybersecurity startups. With exports touching $6.5 billion in cybersecurity products and convincing more than 30 multinationals to open local R&D centers, Israel has indeed come a long way to become a Cyber security powerhouse.

Impetus to the Israeli Cybersecurity Industry

Israel has been the flag bearer of the Cyber security Industry, and credit goes to these factors that have contributed to make Israel a global center for cybersecurity research and practice:

•  Leveraging the Military as a Startup Incubator

The adverse geo-political conditions engulfing the country since it was established in 1948 has led this small country to invest its meagre resources to develop superior military capabilities. With the progress of technology cyber defence has become an important activity for the Israel Defense Forces.

The government of Israel and its think tank are collaborating together to make the country a superpower in Cybersecurity. Professor Isaac Ben-Israel an Israeli military scientist serving as the chairman of the Israeli Space Agency, the National Council for Research and Development and his National Cyber Initiative task force recommends developing an ecosystem that will have the prior information of what to do when these unpredicted threats in cybersecurity arise.

Israel has been of late investing heavily into its people on their experience, skills, and ambitions and making them technologically empowered which is an important ingredient into cyber defense. The energy of the country and the drive of its people are channelled into specific academic pursuits through government and private sector investments and programs. Cybersecurity education in Israel starts in the middle school and it is the only country in the world teaching cybersecurity as an elective in high school matriculation exams. Additionally, a number of Israeli universities offer undergraduate specialization in cybersecurity and it is the first country to offer a PhD in cybersecurity as an independent discipline. Today, there are six university research centers dedicated to cybersecurity in Israel.

•  Government as a Business Catalyst

The Israeli government contributes an important role into sustaining Israel’s thriving technology sector. The government serves as a catalyst to the rapidly growing cybersecurity industry in Israel.

The Advanced Technologies Park, adjacent to Ben-Gurion University in the southern Israeli city of Beer-Sheva showcases Israel’s cybersecurity philosophy and brings together its unique blend of the practical and theoretical cross-pollination of public and private interests.

To achieve its mission to make the region a major source of talent and expertise, especially in the cybersecurity domain, the Advanced Technologies park has attracted major multinationals with their R&D centers including Deutsche Telekom, IBM, Dell EMC, and Oracle, advanced research labs like the National Cyber Research Institute, venture capital firms and the national cyber emergency response take keen interest.

Israel has been investing heavily on a robust cybersecurity strategy that has 3 levels of Robustness, Resilience and Defense.

The first level, Robustness, is similar to immunization activities undertaken in the healthcare sector. The government may offer cybersecurity advice and guidance, but the responsibility lies in the individual organizations to adopt it. The government is a bit more active in the second level, Resilience, sharing information, mitigation and analysis of specific cyber-attacks.

The third layer Defense is the response to a mega event which is exclusively the responsibility of the government, which includes attribution and safety measures.

Within the next two years, investments into the Israeli cybersecurity companies may triple.

In the recent years, Israel has built an impressive innovation infrastructure to meet the modern challenges of cyber security. The key role of Israel’s academic institutions, with their world-leading cybersecurity departments, with inputs from sophisticated institutions like IDF’s elite Unit 8200, have been indispensable in showcasing Israel’s cybersecurity prowess.  It is this foresight and perceptiveness that has propelled Israeli ingenuity and innovation in helping to keep the world a safer place for years to come.

Why Cloud Analytics and Remote Monitoring is the Next Trend in Automation?

Why Google’s Quantum Supremacy Still Not a Complete Success?