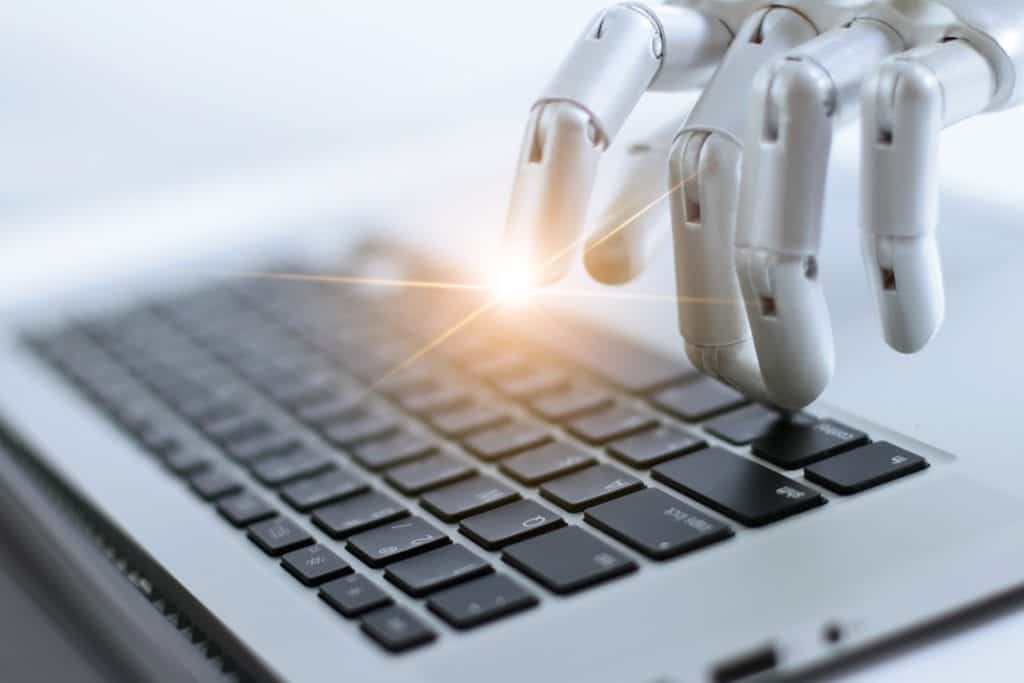 Earlier associated with big businesses running huge operations that involve massive production lines, industrial automation has come a long way. Since the first industrial robot, Unimate was installed at a GM plant in the 1950s, the size, shape, and dynamics of industrial robots have been evolving to suit the industrial changes. Of late companies have realized the importance what robotic adoption and industrial automation can do to their business, and have been investing heavily into acquisitions and mergers. In 2012, Amazon acquired logistics robot maker Kiva for a staggering $775 million.

The shift toward nimble operations has resulted in the recent development of countless table-top and mobile robotic platforms which appeal to a new kind of customer like small and medium-sized businesses.

The indicators are clear, industrial automation is here to stay and so are collaborative robots which can be deployed to work alongside humans outside of cages.

This kind of collaborative feature is deployed when a robot is working on its own. This type of robot may occasionally need a human to enter its workspace when there is a need for a certain operation to be performed in collaboration with the robot’s space. For e.g. when heavy equipment has to be handled by a robot and a human worker needs to do a secondary operation on it while the robot is still handling the part. This way the human can work on the part and still be in the robot’s space. Safety Monitored Stop feature is activated when the human enters the restricted area in the predetermined safety zone, making the robot stop all the movements altogether. The robot, in this case, is not shut down but is on a break with brakes on.

Hand guiding collaborative feature is used for hand guiding or path teaching applications. For instance, if the industrial application needs to pick and place equipment, hand guiding may prove to be an effective solution. This collaboration is achieved in success by the Force Torque Sensor such as the Robotiq FT 150, which simply reads forces applied on the robot tool. This type of collaboration applies only when the robot is performing this particular function, which means that while the robot is functioning in its other modes, it still needs to have safeguarding in place.

In this feature, the environment of the robot is monitored using a vision system or lasers which can track the position of the workers. The robot will act within the functions of the safety zones pre-designed for it. If the human is within a certain safety zone, it will respond with designated speeds which will be generally slow and stop when the worker comes too close. So, when the human workers are approaching the robot, it will slow down and as the workers approach even closer, the robot will slow down even more or will stop.

Three features of collaborative robots are increasingly being used not only by big industry giants but also have been the eye candy of small and medium businesses (SMB’s).

Collaborative Automation is so versatile and deployable that many small and medium businesses are benefiting from its implementation. Here is the diversity of applications for industrial automation listed as under:

Of all small and medium businesses, fabricators are the most familiar with automation thanks to Computerized Numerical Control (CNC) machines. But industrial 3D printers, such as HP’s Metal Jet 3D, which can print collaborative robots, metal components are expanding the automation opportunities in the sector.

Of all the adopters of industrial automation, agriculture has to be the longest coming as plants are fragile and simpler tasks like picking a strawberry that may be simple for humans may present incredible machine vision and path planning problems for robots. Thanks to technology, new solutions are now available. Soft Robotics, flexible end effectors have deployed materials science to help solve a persistent issue in industrial automation, hard robot hands tend to bruise delicate objects like produce.

Construction sites offer umpteen opportunities in industrial automation. Caterpillar, for example, has recently invested in Sarcos, a robotics company with a line of exoskeletons that can augment human strength. Companies like Ekso Bionics offers its new line of products giving the workers to hoist tools above their heads for hours at a time without injuring themselves.

Automation has reached new heights and is making a mark into industrialization offering safe, flexible, and easy-to-use collaborative robots to businesses of every size, all over the world.

Collaborative robots offer new opportunities into automating and streamlining repetitive and monotonous processes. With this approach, the production departments are freed from monotonous tasks and their operators are assigned to more enjoyable work functions thereby putting an effort forward to create jobs that will challenge them and add value to the enterprise.

Relevance of AI in Accelerating Journalism and Newsroom Workflow

How Can Speech Analytics Change your Business?