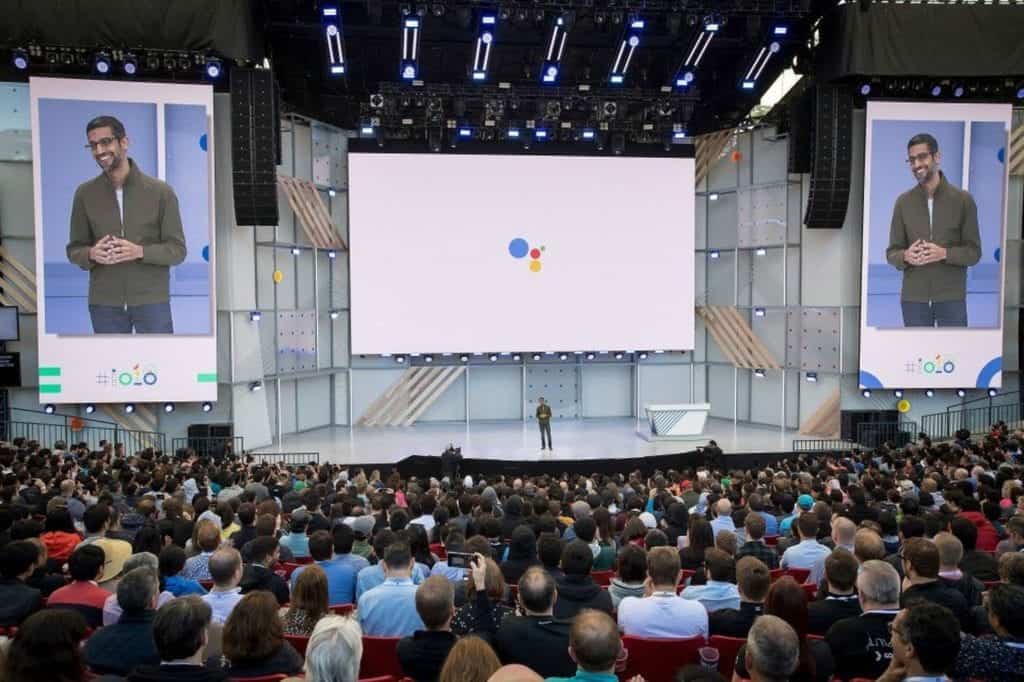 Google has announced a series of new products and upgrades in its product portfolio imbued with artificial intelligence and machine learning capabilities in the recently organized annual developers conference, I/O.

Most of the new products and upgrades are designed to ease tasks such as composing emails, making lists, navigating city streets and lessening the digital distractions that have increasingly addled people’s lives as a result of previous tech industry innovations.  Let’s have a look at them one by one.

Google has unveiled Duplex — an automated voice assistant that can book restaurant reservations, check opening hours and accomplish other tasks over the phone. The virtual assistant can make phone calls to schedule appointments, make reservations in restaurants and get holiday hours. Google’s CEO, Sundar Pichai, demonstrated the capability at the company’s annual developer conference. Pichai played a recording of Google Assistant calling and interacting with someone at a hair salon to make an appointment.

Google has added new features to its new Android mobile software, Android P, previewed for the OS. It is likely to be launched later this year. The new features include:

•  A simpler design replacing the three buttons at the bottom of the operating system with a single home button.

•  A new “shush” mode that automatically turns on the “Do Not Disturb” function if someone flips their phone face down on a table.

•  The app utility dashboard in Android will show you how often you’re using certain apps with data consumption.

•  Users will now be able to control when their phone rotates its screen with a little icon allowing them to toggle rotation lock if they want it off.

Google Lens, featured in the Google Camera, will point your phone around you to figure out what you’re looking at. From knowing whether it is the name of a book, how tall a building is, or what sort of dog is in front of you, it can identify things based on the computer vision technology.

Google has integrated augmented reality in maps. Using the phone’s camera, users soon will be able to open up Maps and have the app point them in the right direction towards their destination. It will have arrows floating above, pointing in the right direction. Google said it is also planning to include a cartoon fox to show users the way to go. Opening the camera in Maps will also give users an augmented view of the businesses and events nearby wherever they are.

The Google Photos app is getting smarter by suggesting who you might want to share photos with. Once it recognizes a photo of one of your Google contacts, it will suggest sharing the photo with that person. The app will also convert photos to PDFs and automatically add color to black-and-white photos or make part of a color photo black and white.

The company plans to use artificial intelligence to power Google News. The newly relaunched news curation service will use “a new set of AI techniques to take a constant flow of information as it hits the web, analyze it in real time and organize it into storylines.

Google announced a new structure for the voice in its assistant called “Wavenet,”, It will feature six more natural-sounding voices, including the dulcet tones of singer John Legend.

Google announced a new Gmail feature called Smart Compose that will use artificial intelligence to help users write emails. Smart Compose will suggest complete sentences once a user starts writing an email on any topic. If users like the suggestion they can just hit the tab button to use it. Smart Compose will be available in the next few weeks to customers who opted for the refreshed version of Gmail. It will also be available for G Suite customers in the workplace in a few months.

Alphabet CEO, John Krafcik, announce that Waymo will launch a full self-driving car ride-hailing service later this year. The service will first be available in Phoenix, Arizona, where Waymo has been testing its vehicles in recent years.

With all these new upgrades and products, Google is making a strong foothold in the market showcasing its revolutionary artificial intelligence and machine learning capabilities. “We know the path ahead needs to be navigated carefully and deliberately. Our core mission is to make information more useful, accessible and beneficial to all of society”, said Pichai.

Top 10 Augmented and Virtual Reality Trends to Watch in 2020