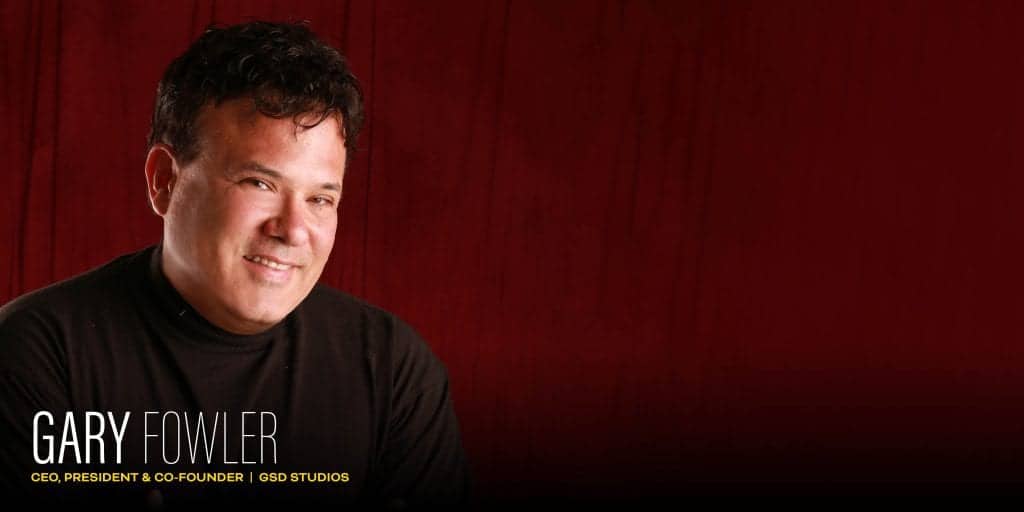 A startup can have all the right element, from great idea to prospering customer base to model outlook, yet its success is not well-assured. While there is no lack of motivation and determination among many entrepreneurs planning on launching their own startups, it’s still increasingly hard to face and overcome all the challenges with establishing global companies without enough support. And the key to success in such initiatives is a diverse, experienced team with a proven track record. GSD Venture Studios was created to explore and discover the best and most resilient teams across the globe and establish partnerships that will help organizations move in the right direction, steadily and with powerful strides.

GSD doesn’t simply raise capital for its portfolio companies like other venture studios. Unlike traditional investors or accelerator programs, Gary Fowler and Derek Distenfield joined these companies at a more senior, co-founder-level and leveraged their gained trust, reputation, network, fundraising expertise, and experience to ensure fast growth and to #Get Stuff Done. This way, they have closed an important yet overlooked gap in the venture capital market, while providing guidance and advice to the emerging global companies. And, unlike the rest of the venture capital industry, the GSD team is ready to dive into the work headfast and invest their full time and energy to see the portfolio company succeed. GSD’s mission is to help emerging companies gain momentum and expand globally.

Gary Fowler is the CEO, President, and Co-founder of GSD Venture Studios. Previously, he co-founded top CIS accelerators GVA and SKOLKOVO Startup Academy where majority of these companies achieved success soon after their launch. He has founded 14 companies, such as Yva.ai and DY Investments, Broadiant, GVA LaunchGurus, Fowler International, Tecra, and has a successful IPO under his belt, ClickSoftware.

Gary had a major contribution to the rapid growth and increasing valuation of the Menlo Park-based AI startup he co-founded, Yva.ai, in less than 3 years. He co-founded one of the country’s first accelerators, GVA LaunchGurus. Most recently, Gary co-founded Yva.ai with David Yang, one of the Russia’s most famous entrepreneurs. Yva.ai was recently named one of the 10 Most Innovative AI and Cognitive Solution Providers in 2019 by Analytics Insight.

He has won numerous awards; he was also named as one of the “Top 10 Most Influential AI Executives” by Analytics Insight and one of the “Top Transformational Business Leaders of 2019” by IndustryWired Magazine. Gary is currently an active contributing writer for Forbes as well.

Gary Fowler assists the company in all phases including sales, marketing, business development, operations at GSD, as well as offers his mentorship to all GSD portfolio companies. At all the portfolio startups at GSD, Gary Fowler steps in as the CEO with his partner, Derek Distenfield, who assumes the COO role and both contribute to the growth and acceleration of the company with their several decades of experience. Gary has an eye for potential and can spot promising startups early on, leading them to explosive global growth through his experience startup, a top accelerator and Startup Academy.

Gary is based in the Silicon Valley area but travels often to Europe, Middle East, Asia, and the CIS to establish GSD’s global presence.

GSDVS’s initiative of #GoingGlobal sets its mission as discovering the best intellectual resources and developing diverse teams that will help emerging companies in AI, blockchain, and VR reach their maximum potential and establish a strong presence globally.

With technologies such as AI, VR, and blockchain sweeping across industries, transforming daily lives and business operations, it is important to be able to identify projects and ideas that can be at the forefront of this revolution and lead the change in the first place. GSDVS provides a support platform for such projects to be fostered and transformed into global companies through experienced and diverse teams of experts and the guidance of Gary and Derek as mentors.

In early 2019, Gary and Derek scheduled regular coffee meetings to brainstorm how they could offer innovative and meaningful solutions to frequent startup failures.

The way traditional accelerators such as Y Combinator work are, they quite literally “hand-hold” the startups throughout their formation. One of the main things that caught Gary and Derek’s eye was that for emerging groundbreaking technologies such as AI or blockchain, many young companies needed more than the traditional 13 weeks of accelerator training for a better planned product-market fit.

Venture studios have already proven to be efficient, with over US$5 billion in VC and 20 large exits since 2008. There are also many countries around the world, such as Russia, for example, that have long been home to talented and visionary IT professionals that haven’t been given the opportunity to be exposed to the Silicon Valley environment and use it as a trampoline to achieve global success because of geopolitical and cultural factors.

The GSD team’s theory follows that talent and intellect are evenly distributed across the world, but unfortunately, the opportunity is not—just like it is in the case of Russia; so GSDVS chose the country as its main area of focus for its global initiatives. After choosing the geographic area for its main activities, the company narrowed its domain focus to the specific areas that the GSD team has deep expertise in: AI, blockchain, and VR. Gary’s influence and success in the AI field, coupled with Derek’s knowledge and experience in blockchain and VR, made GSDVS what it is today.

An Outlook Towards the AI Industry

Gary believes that AI is not just a trend or a concept of the future anymore. According to him artificial intelligence is very real, omnipresent and penetrating industries and markets across the globe.

Most Prized and Pronounced Validations

“Derek is a champion for startups and has a knack for providing the right advice that is not always what you want to hear but is practical. He has been very helpful. He was a key early mentor in my career as an entrepreneur.” –Andrew Baer, Content Manager at Aspiration Marketing

“Gary Fowler is one of the best execution CEOs, starting from zero and getting to funding. He is deeply connected in Silicon Valley with a vast network of very high-level contacts, well respected as a go-to startup CEO to take a project from an idea to success, and a serial entrepreneur from e-commerce to AI. He is an executive with marketing, sales, and operations experience.” –Nikolai Lebedovsky, CEO at CrowdToolz.com

“Gary is great at establishing contacts, initiating ideas and processes and building relationships that can yield results for many years.” –  Ron Lewin, Founder and Managing Director at TerraLink Technologies and Co-founder at RTR Drone

“If your startup wants to go global you should find such a person as Gary Fowler. He is incredibly connected and can be a bridge to your startup’s global market expansion as today’s investors in the states don’t invest in ventures with Russian roots. So you will need a CEO like Gary Fowler… If I can name a person who is the best in taking a Russian company global they should talk to it, is Gary Fowler, my co-founder in Yva.ai.” – David Yang, Founder of ABBYY, CEO, co-founder at Yva.ai, Ph.D.