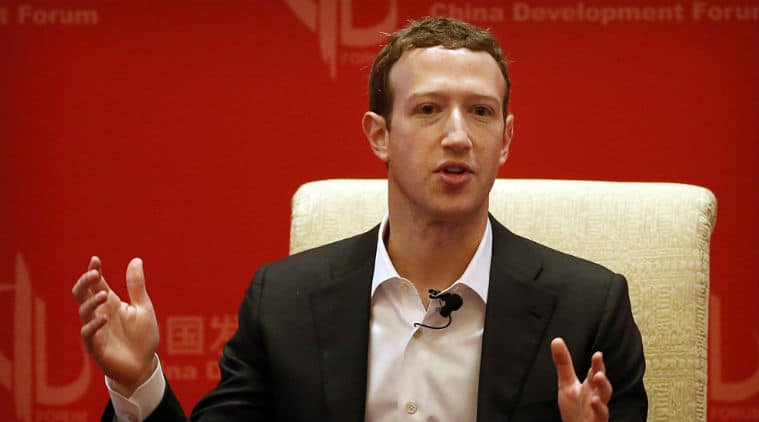 Facebook and Cambridge Analytica have created the biggest headline this month with stories and statements that indicate the social networking giant was duped by researchers, who reportedly gained access to the data of more than 50 million Facebook users. The users data was then misused for political ads during the year 2016 in the US election.

Cambridge Analytica, a UK-based company reportedly acquired data of about millions of Facebook users in a way that violated the policy of social networks. It then tapped that information to build psychographic profiles of users and their friends, which were utilized to target political ads in the UK’s Brexit referendum campaign, as well as by Trump’s team during the 2016 US election.

In this article, we would discuss all the details about the Facebook-Cambridge Analytica saga.

Cambridge Analytica is a data analytics firm, a wholly subsidiary of Strategic Communication Laboratories. It helps political campaigns reach potential voters with the help of online activity. The firm combines data from various sources which includes online information and polling, to build “profiles” of voters.

Facebook on last Friday, said in a press release that Cambridge Analytica received user data from Aleksandr Kogan, a lecturer at the University of Cambridge. Kogan reportedly created an app called “thisisyourdigitallife” that ostensibly offered personality predictions to users while calling itself a research tool for psychologists.

The app asked users to log in with the help of Facebook accounts. As part of the login process, it asked for access to users’ Facebook profiles, locations, what they liked on the service, and apart from this, their friend’s data as well.

The problem, Facebook says, is that Kogan then sent this user data to Cambridge Analytica without the consent of the users something that’s against the guidelines and policies of social networks.

“Although Kogan gained access to this information in a legitimate way and through the proper channels that governed all developers on Facebook at that time, he did not subsequently abide by our rules,” Paul Grewal, vice president and general counsel at Facebook, said in a statement.

The Trump campaign hired Cambridge Analytica to run data operations at the time of the election in the year 2016. Steve Bannon, who is the Trump’s chief strategist, was also the vice president of Cambridge Analytica’s board. The company helped the campaign identify voters to target with the help of advertisement and gave advice on how best to focus its approach and where to stop the campaign. It also helped with strategic communication, like what to say in speeches and how to target the audience.

Cambridge Analytica has also worked with other 2016 in campaigns of the presidential election. Those included the campaigns of Sen. Ted Cruz and presidential candidate Ben Carson, who went on to join Trump’s cabinet as secretary of housing and urban development.

Facebook said Cambridge Analytica “certified” three years ago that it had deleted the information, as did Kogan. But since then, Facebook said, it has received reports that not all the user data was deleted. The New York Times reported at the outset of this controversy that at least some of it remains.

Cambridge Analytica said in a statement that it has deleted all the personal data and is in contact with Facebook about the same issue.

Meanwhile, Christopher Wylie, the whistleblower who detailed how Cambridge Analytica reportedly misappropriated Facebook user data, said on Twitter that his Facebook account has been suspended. A few days later, he held a press conference to discuss his situation and the larger controversy. “I’m actually really confused by Facebook,” Wylie said. “They make me out to be this suspect, or some kind of nefarious person.”

According to the report, it is “one of the largest data leaks in the social network’s history.” That’s in part because the roughly 270,000 users who gave Kogan access to their information allowed him to collect data on their friends as well. Furthermore, more than 50 million Facebook users are said to have been affected by this illegal activity.

The misuse of this data is what The New York Times zeroed in on.

Facebook, however, says that while Kogan mishandled its data, all the information Kogan got was accessed legally and within its rules. The main problem is that Kogan was supposed to hold on to the information himself, and not supposed to hand over it to Cambridge Analytica or anyone else. So, Facebook disputes that the incident is a data breach because the information was accessed through normal means — using an app that asked people for access to their information, which they then agreed to.

When a user logs in to an app with the help of a Facebook account, the developer typically asks for access to information the social network has. Sometimes it might just the name and email address.

Facebook says it has its rules and policies that developers can’t share the information they receive with other firms. That’s where the problem with Kogan and Cambridge Analytica came up.

After five days, Facebook CEO Zuckerberg broke his silence with a nearly 1,000-word post on his Facebook page. The post was his first since 2nd of March when he shared a photo of his family celebrating the Jewish holiday of Purim.

Zuckerberg acknowledged that Facebook had made mistakes with users’ information. “We have a responsibility to protect your data,” he wrote. “And if we can’t then we don’t deserve to serve you.”

He also stated an investigation into apps that had access to “large amounts of information” before the company made changes to how much information third-party apps could access in 2018. Facebook will conduct a full audit of apps that exhibit suspicious behavior and bar developers who don’t agree with those audits.

Lastly, Facebook will begin displaying a line at the top of your News Feed that lets users know which apps they should use and let them revoke their permissions.

Udit Agarwal is a Digital Marketer and a Content Marketing Specialist. His passion and urge for gaining new insights on technology has led him to Analytics Insight. He quenches his thirst for technology through his action oriented writing skills and a profound ability to stay up to date with latest industry trends.

A Brief Insight into the Era of Big Data Analytics